Movie Review: ‘The Shape of Water’

Plot: A mute janitor, Elisa,  at a secret government facility forms a bond with an ‘asset’, a mysterious humanoid amphibious creature. When the creature is scheduled to be destroyed Elisa plans to rescue him.

Review: Wait…is that Abe Sabian? You remember, the amphibious character in del Toro’s Hellboy? It looks weirdly like him but there’s no seeming connection between them. Huh.

Well, del Toro has always had a consistent look to his films and there’s only so many different outfits he could squeeze Doug Jones into. More importantly this new film has a very different tone than the previous comic book adaptation. This is a thought-provoking, character driven fantasy romance.

Elisa (Hawkins) is an enigmatic character, yet remains fascinating. For most of the film Hawkins’ performance is subtle and understated, delivering most of the role through her eyes. Many screenwriters and directors rely all to much on dialogue for telling stories and developing characters in a visual medium and this demonstrates how much can be achieved when the right actor and director strip that one component away from themselves.

Without wanting to get into the details, this is a story about outsiders whose development comes from their bond with each other. The relationship between Elisa and the creature (Jones) moves into directions that most films would never consider. There’s almost no caution being taken with this film and it’s all the stronger for it. Richard Jenkins is also on point as Elisa’s neighbour and friend, as is Octavia Spencer as her work colleague. All these characters are given as much story and attention as the leads, making it feel like a well fleshed out world.

Michael Shannon plays the villain of the piece, a security worker who seeks to protect his reputation by recapturing and killing the creature. This is one sticking point for the film. Shannon begins the film very good, providing a quiet menace and effortless power over the janitors. As the film goes on he becomes more and more unhinged and sadly winds up feeling cartoony. A scene where he confronts Spencer’s janitor winds up being a step to far into silliness.

All told this is easily del Toro’s best film since Pan’s Labyrinth and it deserves your attention. 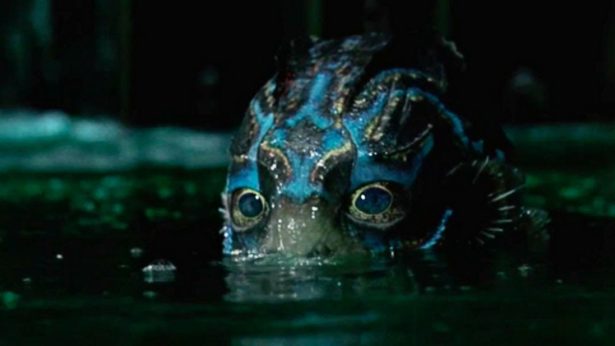