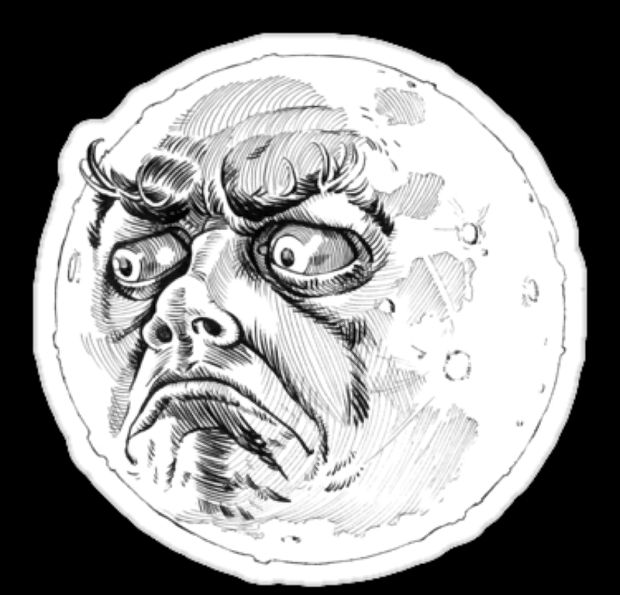 “May you live in interesting times.”

Being an American over the last few years has often been an exercise in the surreal. School shootings, social justice protests in sports, a sensationalized faction of the press that often cares more about the number of clicks than the truth, a legitimate section of the press that experiences daily attacks rife with Orwellian statements like “truth isn’t truth,” the quantitative cuteness of Porgs–the list goes on and on. And of course there is the Cheeto and Chief sitting in the White House. To say we (specifically Americans) are living in interesting times is an understatement the size of the Batcave.

However, being outraged about strong female characters in The Last Jedi, or Henry Cavill being cast in a Netflix series rather than a major motion picture, or the fact that there is going to be a Best Popular Film category at the Oscars doesn’t really register on the same level. I get some people are upset by these topics and may criticize them harshly. Hell I’m no exception. I’ve done my fair share. But outrage? What a waste of time and energy.

And yet for better or for worse, that’s the culture we live in, especially on social media. One where people act more off of emotion rather than rationality, facts, and logic. You need look no further than the latest Outrage of the Day, the false notion that director Damien Chazelle’s new film First Man, isn’t American enough because it doesn’t depict Neil Armstrong planting the American flag on the surface of the moon. In fact apparently this omission was so egregious it prompted Florida Senator Marco Rubio to respond with this gem of a tweet:

Lunacy? Ahhhh I see what ya did there!

At this point I should probably be taking uninformed, ignorant statements from politicians as a matter of course, but this still bothers me. What’s most distressing is Senator Rubio makes an assumption here. Namely, that the omission of the flag planting in First Man means that the Apollo missions weren’t overtly American. (Spoiler alert: they were.) Furthermore, that by excluding the moment from the film that First Man is either at worst anti-American or at best not American enough. Both of these ideas are ridiculous to the point of absurdity.

If Rubio, and others who display this shoot from the hip mentality, had dug a little deeper, they’d have discovered that Chazelle does indeed show the American flag on the moon in several shots. He even responded to the criticism saying the omission of the flag planting scene was not a political statement and that his intention, “was to share with audiences the unseen, unknown aspects of America’s mission to the Moon.”

And ultimately the film is called First Man, as in the First Man on the Moon, as in Neil Armstrong. This film remains ostensibly a biopic pic. It isn’t The Right Stuff or even Apollo 13. By all accounts First Man amounts to an intimate character study of a reluctant American hero and how the race to the moon impacted him personally. Film critic Tomris Laffly maybe says it best remarking that, “Damien Chazelle’s poetic moon-landing saga intimately portrays the thorny headspace of quiet American hero Neil Armstrong.” This suggests that while the space race and the Apollo missions are (obviously) essential and integral pieces to the film, the movie is more about the man than the events themselves. If that’s what you’re looking for, there’s plenty of excellent documentaries out there such as HBO’s From the Earth to the Moon. 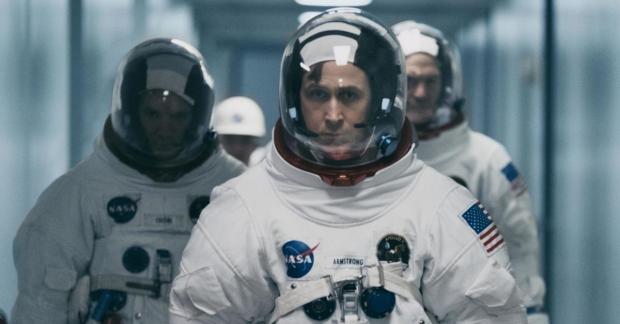 In addition, why exactly does First Man or any film that depicts an essentially American event need to possess some jingoistic bent to it? Have we become so ensconced in patriotism that anything less than seeing an American flag every five minutes on screen constitutes heresy? The way some people are reacting you’d think First Man was the cinematic equivalent of The Communist Manifesto. It’s a slippery slope that could easily veer into the realm of propaganda. Personally, my sense of country is a little more stable than that. I don’t need to be reassured of it at every turn. And while I’m not denying that landing on the moon was an American endeavor, the man himself did call it “a giant leap for mankind” not “a giant leap for America.”

But forget about flags, or countries, or patriotism, or politics for the nonce. The thing that grinds my gears the most about this whole situation can best be summed up by Neil Armstrong’s family:

“We do not feel this movie is anti-American in the slightest. Quite the opposite. But don’t take our word for it. We’d encourage everyone to go see this remarkable film and see for themselves.”

And there it is. “See for themselves.” Keep in mind that First Man is just now making the rounds at various film festivals (Venice, Telluride, TIFF) before its world-wide release next month. At the time of this writing there are only twenty-five reviews on Rotten Tomatoes. A very small portion of the public has even had the opportunity to see First Man. Yet people are making these blanket statements WITHOUT EVEN HAVING SEEN THE FILM. That’s like saying I’m an authority on arson because I saw a preview of Backdraft once. It’s asinine.

“Yes I understand you’re upset but have you seen the movie yet?”

As a critic and a fan of film, I’m not going to judge a movie I haven’t even seen yet. I’m pretty positive that First Man isn’t anti-American but I can’t say that definitively, because I haven’t seen the movie yet. I’m reserving judgment because it is the sane, logical, and rational thing to do.

All of this discussion is moot anyway because the moon landing was faked by Stanley Kubrick.

One thought on “Let’s Talk About The ‘First Man’ Controversy”