Plot: When a cyber-terrorists infiltrates the British infrastructure and causes chaos, including publicising the identities of all their secret agents, the government turns to retired agent Johnny English to save the day. 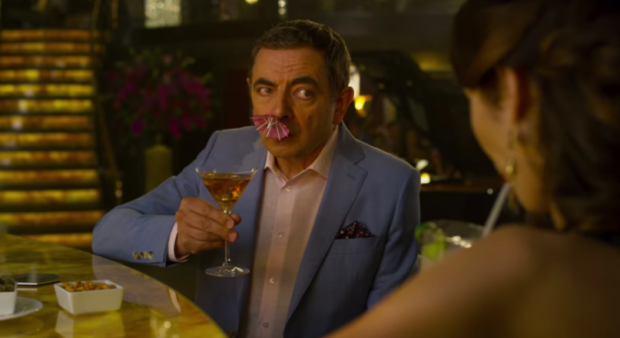 Review: 15 years ago, when the original Johnny English debuted, it was only a mild blip on my film student radar. My time was taken up being a pretentious asshole, as are all film students. I learned two days ago that there was a sequel. Kinda missed that one. But now there’s a new movie and…yeah, it’s fine.

We did revisit the original movie and found that it’s as I remembered it: mostly juvenile humour and poorly paced set-pieces. Teenagers of today tell me that they have a bit of nostalgia for it so it clearly struck a chord with the younger set. Johnny English Strikes Again begins with the titular secret agent working as a teacher who gets brought in with a few other retired agents, including some fun cameos. Through his buffoonery he winds up being the only man for the job. Reteaming with his assistant Bough, English sets out to take down a tech mogul looking to control the world’s data. 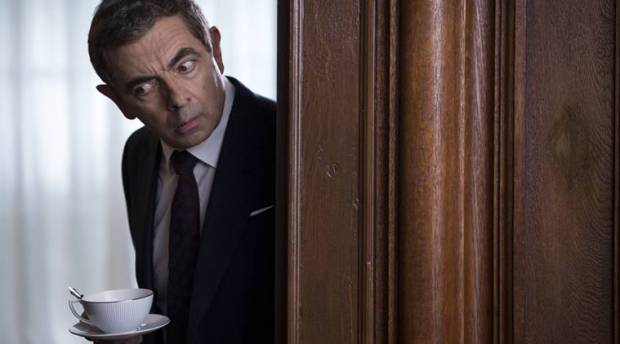 The set-up here is actually kinda clever for the franchise, especially for the 63 year old Rowan Atkinson (unlike the Mission: Impossible franchise, determined to convince us that average age of the team isn’t 54). English is an old school spy in a modern era of technological communication, smartphones and social media. As Bough points out, going analogue is the best way to fly under the radar when dealing with hackers. There’s some decent comedy associated with this idea, including English’s unflappable believe that his petrol guzzling Aston Martin is intrinsically  superior to an electric car.

At the end of the day this isn’t a movie that pushes boundaries, tries anything new and certainly doesn’t challenge audiences. There’s a solid cast throughout, especially Emma Thompson as the stressed out Prime Minister of England. Some of the set-pieces, like the VR sequence, is pretty amusing. Rowan Aktinson gets a bit more freedom to work his physical comedy than in the first film and he’s still pro. As an adult I didn’t exactly laugh out loud, but there’s a few chuckles.

Ultimately this is a decent family comedy – which is something they rarely make any more. Movies are made for adults or children, and outside of the Pixar camp there’s very little that can be enjoyed by all members of the family. The kids liked it, although my 8 year did point out that some of things wouldn’t be funny if they happened in real life (a valid point). The 5 year old is still laughing at the bit where you saw his bottom.