The students at J.O Johnson High School in Huntsville, Alabama are used to having the deck stacked against them. Most of the student body has been raised in poverty and after years of failure the school is headed for closure. Among these dire circumstances, Coach Chris Scribner has assembled a wrestling team which seems poised for success with eyes set squarely on winning state. Along with them for the journey are documentary filmmakers Suzannah Herbert and Lauren Beffer who chronicled the wrestling team’s journey. The ensuing documentary Wrestle, took home the Ron Tibet Excellence Award at this year’s Indie Memphis Film Festival.

In addition to Coach Scribner, Wrestle follows wrestlers; Jailen, Jamario, Jaquan, and Teague. These four young men all have to rank within the top 8 of their weight class in order to compete for the biggest prize in Alabama high school wrestling. The camera follows them as they hit the weight room and the mat to chase their dreams and perhaps have a shot at a scholarship. Outside of the gym each of these athletes has their own personal struggles as well. Growing up in poverty and with most of them being African American these four provide a culture shock for Coach Scribner who fights to connect with them and pushes them to be their best.

At a Q&A at the film festival the filmmakers behind Wrestle told the audience that one of the biggest struggles about making this documentary was not the emotional aspects, but surprisingly it was how to film the actual sport. Though you would not know this by watching the film, as the camera perfectly captures the competition at hand in a way that 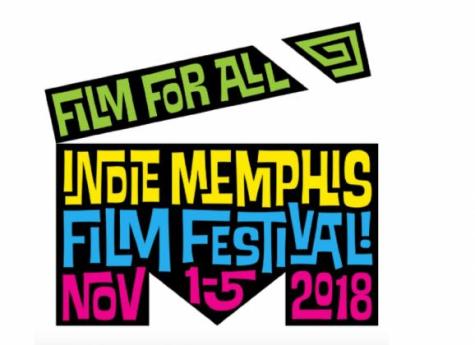 even those unfamiliar with amateur wrestling will be engrossed by the matches. Needless to say however it is the journey of the four young men and their coach which keeps the audience invested in this film. All of the subjects of this documentary are incredibly likable underdogs and multiple times during the film you will find yourself cheering their accomplishments both on the mat and in life. On the flipside of that it hurts that much more when they fail to reach their goals or even a few times in the film find themselves tangled up with the law giving viewers a firsthand look at the issue of race and law enforcement which is currently a driving issue in our nation. Wrestle is currently going through film festivals winning well deserved acclaim for directors, Suzannah Herbert and Lauren Belfer, utilizing an emotional sports story to explore greater themes of poverty, race, and education in the American South.