Hard to believe 2018 is already wrapping up. It’s been a great year for cinema whether it was major blockbusters like Avengers: Infinity War and Incredibles 2 or heavier fare like First Reformed and The Favourite. I can’t wait to do my annual year in review soon! But before that happens I thought I’d take a look ahead to 2019. While there’s plenty of great stuff on the horizon, I’ve narrowed it down to ten movies I’m looking forward to in 2019. 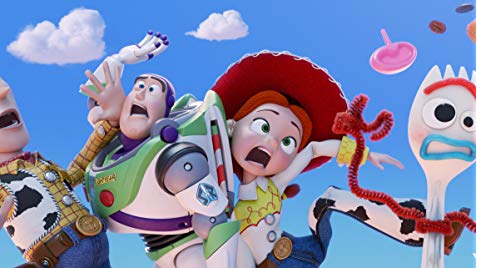 Toy Story 3 seemed like a perfect ending to the tale of Buzz, Woody, and company. The toys were rescued from being reduced to molten slag and placed in the tender care of new owner Bonnie. Yet John Lasseter, the writer of all three previous films, still feels like there’s gas in the tank as audiences are set to experience their fourth go-round in June. This time the story involves a make-shift toy named Forky (Tony Hale) and a road trip as first time director Josh Cooley takes the helm. It remains to be seen whether or not the fourth outing will prove worthy or just a quick cash grab, but Pixar has a pretty good track record so I’m fairly confident.

2015’s Terminator Genisys was an unmitigated disaster. Sloppy, silly, boring, and bland I thought (and hoped) the fifth film would bring the franchise to a merciful end. But it was not to be. Rumblings began in early 2017 that James Cameron was poised to regain the film rights and later that year he announced he was developing a new trilogy of films with producer David Ellison. While audiences have been burned in the past, there’s reason to hope. Terminator 6 (?) will be a direct sequel to 1991’s Terminator 2: Judgment Day,completely ignoring the past three films and the short-lived television series The Sarah Connor Chronicles. The story was also developed by Cameron who returns as a producer which is encouraging. Additionally, David S. Goyer who helped develop the story for Christopher Nolan’s Dark Knight trilogy penned the script and Deadpool director Tim Miller helms the ship in the director’s chair. Also the kick-ass Linda Hamilton returns as Sarah Connor. I mean the movie has to be good if they were able to entice Hamilton to come back after 28 years right? Right???

It never ceases to amaze me that a film that almost went to VOD and whose original premise sounds ridiculous, turned into one of the best action franchises of the last 20 years. The first John Wick was insanely good and the second possibly better. The third finds John on the run after having killed a member of the High Table at the Continental. He’s got a $14 million price tag on his head and enemies at every corner. Details on the film are scarce but all the principals are back and hopefully the third installment will be just as adrenaline fueled as the first two.

Directed By: Anthony and Joe Russo

If you think about it, it’s kind of amazing that Avengers: Infinity War exists at all. To bring that amount of star actors and actresses together, that amount of characters, and get it to work and work well–that’s quite an achievement. The ending of Infinity War was a gut-punch as Thanos’ snap reduced half the Avengers and the universe to ash. It will be interesting to see how they reverse Thanos’ action and if Endgame will be just as compelling and exciting as Infinity War. I’m fully aboard the hype train on this one. It should be a blast. 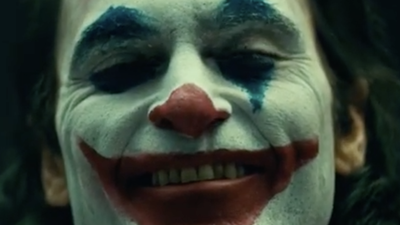 When this movie was first proposed I had my doubts. Was a Joker origin movie really necessary? Could it even work without Batman in it? But as more and more talent joined the fray I started to believe. Phoenix is one of our greatest living actors and along with Christian Bale, the heir apparent to Daniel Day-Lewis. Screenwriter Scott Silver is no slouch having written both 8 Mile and The Fighter. I’m anxious to see if this film will pull any elements from The Killings Joke as Joker is purported to be set in the early 1980s. While director Todd Phillips is known almost exclusively for comedies, he definitely can do action, as the criminally underrated film War Dogs proves. I’m excited to see what this one has to offer. God knows Phoenix’s iteration of Joker can’t be worse than Jared Leto’s.

While the 1989 film version of Stephen King’s seminal novel will always have a special place in my heart, the fact remains that it is pretty damn dated. I’m thrilled Paramount decided to remake what I consider to be a Shakespearean/Sophoclean horror story. The trailer looks creepy as fuck and moreover it feels like the parties involved are trying to stick closer to the novel this time around. Lithgow is going to be awesome as Jud Crandall.

Holy shit this movie! Scorsese’s return to the gangster genre for the first time in 13 years? Check. First time working with Al Pacino? Check. Joe Pesci’s first film since 2010 and first time working with Marty in almost 25 years? Check. A film based on a popular book? Check. This film also marks two firsts for Scorsese; it’s the first time he’s ever worked on a Netflix film and the first time he’s ever worked with the CGI de-aging technique. It’s a huge budget (reports range from $140 to $175 million) and it’s probably going to get a limited theatrical release. I’m sure having total creative control really appealed to a director like Marty. It remains to be seen if that fact will be helpful or a hindrance. For every Roma and Mudbound there’s a Mute and Hold the Dark. But with this cast, this director, and an Academy Award winning screenwriter in Steve Zaillian, this should be a slam dunk. 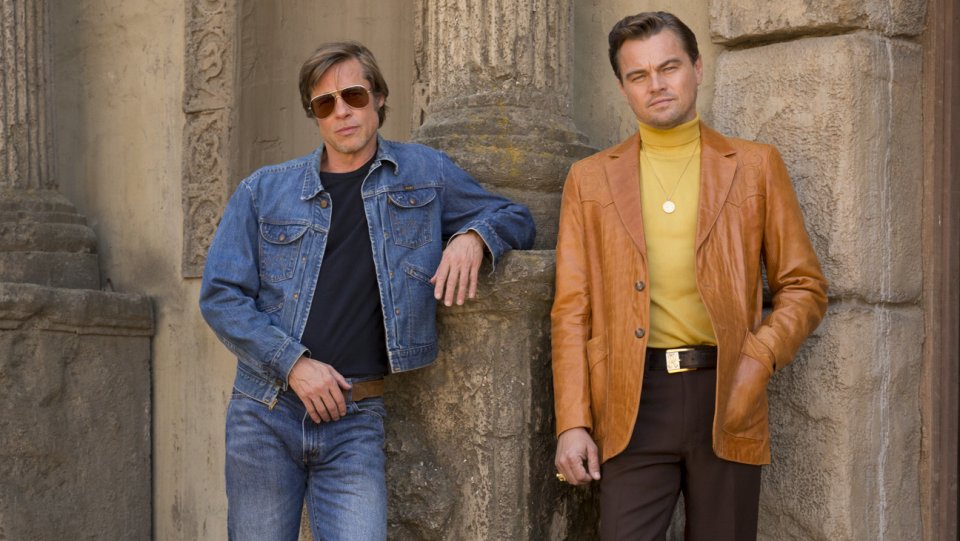 3. Once Upon A Time In Hollywood

Quentin Tarantino is damn near parsimonious when it comes to his movies. Unlike Spielberg who cranks out films with regularity, Once Upon A Time In Hollywood will be just Tarantino’s ninth film in almost thirty years. Furthermore, if you believe the great director, this will be his penultimate film, as Tarantino plans to retire after his tenth feature and become a novelist. Set in 1969, Once Upon A Time In Hollywood follows the story of Rick Dalton (DiCaprio) a fading television star seeking to adapt to a changing Hollywood landscape along with his longtime friend and stunt double Cliff Booth (Brad Pitt). He also just happens to live next door to Sharon Tate (Margot Robbie) a woman about to be murdered by the Manson family. The set-up sounds like vintage Tarantino. I’m sure it will be rife with flower power, pithy dialogue, and a severed ear or two. And hot damn what a cast! 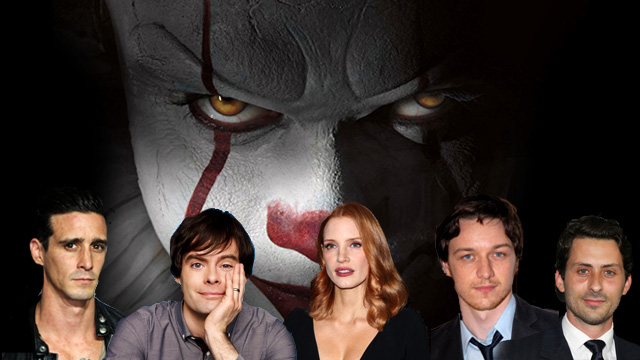 2017’s IT was everything I’d hoped for and more. The Losers’ Club was great, I loved that they moved the setting to the 1980s, Skarsgard killed it as Pennywise, and the movie scared the shit out of me. Before the movie cleaned up at the box office, there was some doubt as to whether we’d get a sequel (or rather a continuation if you will). Thank God the movie was a success both critically and commercially. Chapter 2 will focus on the adult Losers’ Club as they return to Derry twenty-seven years later to stop Pennywise once and for all. There’s some amazing talent this time around (Bill Hader as Ritchie Tozier are you kidding me???) so let’s hope their chemistry is just as good as the kids’ was in the first film. I need a trailer for this sucker stat!

We are now a year away from the end of the new sequel trilogy and the conclusion of the Skywalker saga. The Last Jedi was divisive among fans to say the least. I personally loved Rian Johnson’s take but I understand why people didn’t care for the film. Regardless Abrams’ has a tough task ahead of him. Not only does he face the daunting challenge of uniting the fans, he has to wrap up a saga that’s been in play for over forty years now. Details on this movie are obviously scarcer than water on Jakku but I’m hoping we finally get to see the Knights of Ren, the revival of the Jedi, a kick-ass lightsaber battle between Kylo and Rey, and….oh Hell I just want a good movie please!