As Black Mirror turned over a new leave? Are we really looking at a brighter future? 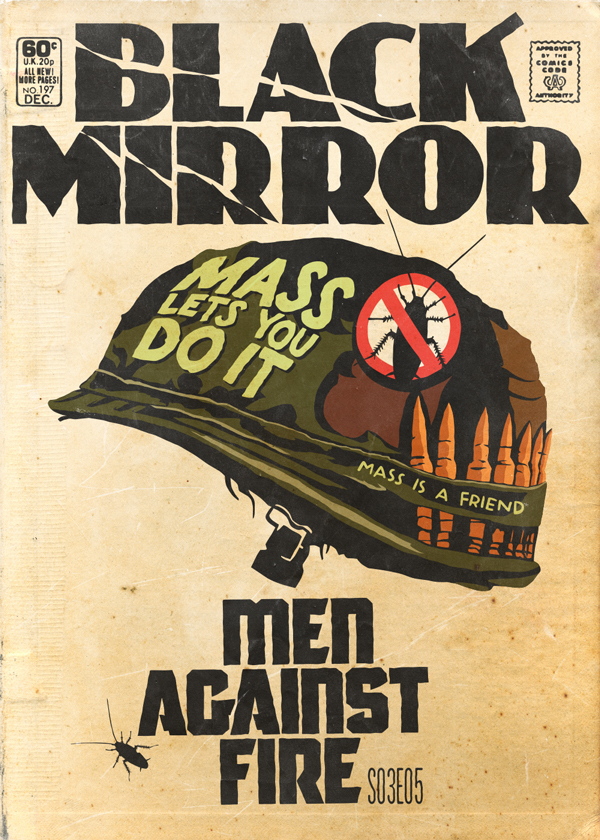 Premise: A group of highly trained soldiers are in deployment in a bleak dystopian future. Their goal of hunting down ‘roaches’, mutated and vicious humans, go awry when one soldier’s technological implant is interfered with. 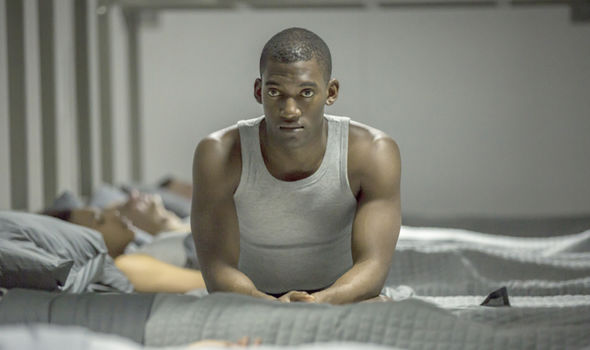 Review: If there’s one thing I know for certain after watching this episode, it’s that Charlie Brooker likes him some ‘Metal Gear Solid’. I get it, they’re consistently of remarkably high quality gameplay and presentation even if the story took a deep dive into the barmy pool and never came up for air. ‘Men Against Fire’ builds upon a similar theme to these games, particularly ‘Metal Gear Solid 4’, that being the dehumanisation of the soldier. Whilst Solid Snake saw it being done for the benefit of the bottom line, ‘Men Against Fire’ makes it a matter of survival.

Our hero is ‘Stripe’ (Kirby), a new recruit soldier about to go on his first assignment and bag his first kill. We know that ‘Roaches’, mutated humans, are largely snubbed by society at large and considered sub-human in the eyes of the soldiers. When Stripe shoots one Roach and kills another in close combat it is seen as an opportunity to celebrate, especially by his squad-mate ‘Hunter’ (Brewer). A gadget wielded by the Roaches has had an odd affect on Stripe’s cybernetic implants, communication equipment implanted in all soldiers.

At the beginning of the story it would appear that these implants are used to communicate information about the missions, but as things progress we learn other details about them, included the projection of a series of sex dreams to keep the soldiers placated. It’s only when the implants fail entirely on a mission Stripe learns that Roaches are not dangerous, sharp-toothed monsters but normal people, normal people who were targeted by a mass genocide for their ‘genetic inferiority’.

When Stripe wants his implants deactivated the military psychologist (Kelly) presents him with proof that he consented to this procedure including the fact that his memory will be modified to forget this fact. When he still resists, Stripe is subjected to replays of his initial kills, now with the false image of the ‘MASS’ implant taken down. Unable to face the reality of his actions, Stripe gives in. It’s here, in the final scene, that we learn that the MASS delusion extends even further than we thought. 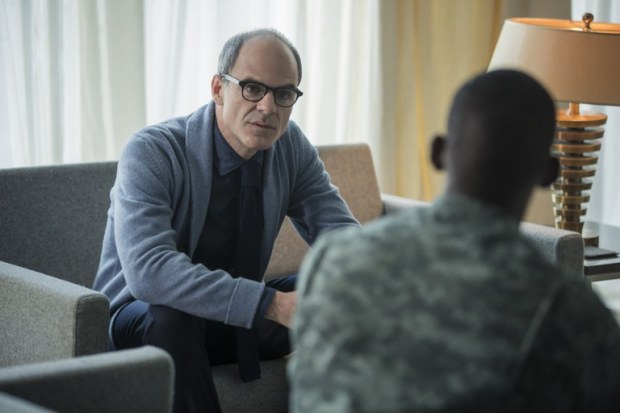 This is a very well structured story and the performances at on par with the rest of the season. The action scenes, make-up effects and the design no doubt makes this one of the complex productions under the Black Mirror label. What lessens the impact for me is that I’ve seen this subject matter tackled before. Sometimes better, sometimes worse but always with the same general idea and message. In terms of how challenging most of this show tends to be, this feels like filler.

There’s almost a discussion of the use of the word ‘consent’ in the scene where Stripe is shown himself agreeing to receive the MASS implant, but it never gets explored in any real way. There’s also some clever use of first person perspective shots during combat scenes to draw a parallel between military conditioning tactics and trends in video games, but again there’s not much more to it than that.

That Moment When You Feel Your Stomach Drop: When Stripes learns that not only can they show him the murders committed believing he was fighting Roaches, but they’re willing to use them to punish him.

Links to Other Episodes: Hunter gets to croon Brookers favourite haunting melody ‘Anyone Who Knows What Love Is’, singing it to a man believed to be providing sanctum to Roaches.

Ranking Black Mirror: Whilst entertaining and featuring some interesting visuals, this simply doesn’t provide anything new or hard hitting.