After breaking our hearts it would appear that Brooker wants give us something more visceral with this Twilight Zone-esque tale of amnesia amid an urban dystopia. 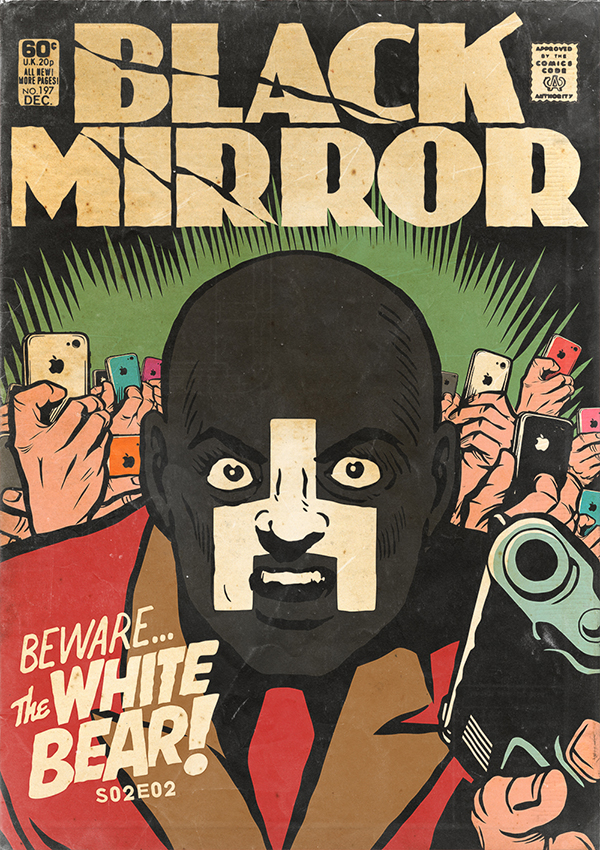 Premise: A bedraggled woman wakes up without her memory surrounded by evidence of a suicide attempt. Whilst wandering around the area she spies many people filming her but they run away when approached. Then some masked strangers appear with the intent of hunting her. 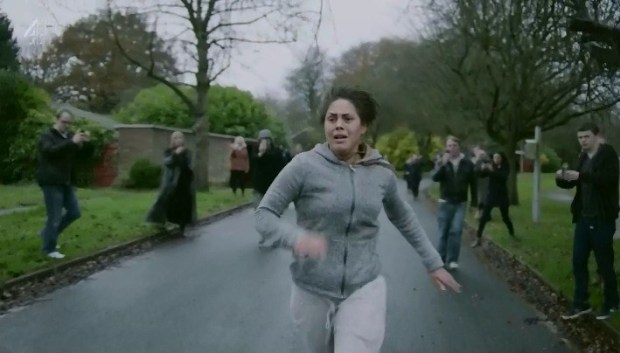 Review: Although this episode hasn’t made the splash that some other have, it’s a personal favourite of this writer. It appeals to my rigid sense of justice and fairness and the whole thing unfolds rather like The Wicker Man or The Twilight Zone. We, like our protaganist Victoria, have been dropped into a confusing and frightening scenario in which the normal and comforting are distorted and the meaning behind it all must be discovered.

From the outside it’s clear that something has been done to Victoria, as her flashes of memory are accompanied by visual glitches. The initial thought is that this is some kind of digital simulation, as the narrative follows video game logic. She finds clues – a photo, a symbol on the television – and each small encounter leads her to the next. Once Victoria ventures out into the neighbourhood she encounters people of all types photographing and videoing her before a masked man attacks her with a shotgun. She falls in with a pair of survivors who explain that a mysterious signal being broadcast from the ‘White Bear’ facility is making people act oddly, while some have taken advantage of the social disruption to live out their sick fantasies. 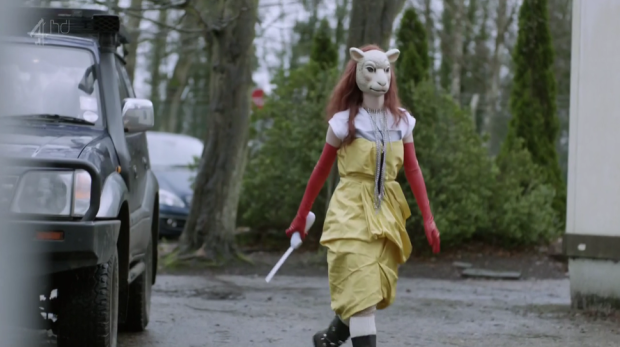 They get picked by by a man named Baxter who drives them to the forest where, he claims, they’ll be safe from the broadcast and its effects on people. This turns out to be a ruse and he is the masked man hunting them before and intends to torture them. They escape and make their way to White Bear in order to destroy the source of the signal. When hunters again attack Victoria seizes a gun and fires it, only to find it loaded with confetti. At this point the truth is revealed: Victoria and her fiancé abducted, tortured and murdered a young girl while Victoria videoed the ordeal. After her fiancé killed himself in his cell, Victoria bore the brunt of the public hatred and she was sentenced to relive their victim’s experience every day.

To this end she has her mind wiped clean and dropped back into the same situation. She is hunted, kidnapped and tormented everyday while remaining confused and terrified. Members of the public attend the daily ritual and film it as Victoria did. At the end of the episode we see ‘Baxter’ preparing for the next day and briefing the new attendees to the ‘White Bear Justice Park’ on what they’re going to do.

There’s something to be said about mob mentality and justice through public humiliation in the modern culture. Social media platforms, Twitter in particular, have opened up the opportunity for global audiences to participate in mass shaming campaigns against anyone unlucky enough to be in the wrong place at the wrong time. Justine Sacco’s badly worded and misconstrued joke cost her her job, friends, family members and public reputation over the course of a plane trip, a situation largely fuelled by mob mindset and people seeking to drive up internet traffic. In almost every case public behaviour has gone above and beyond reasonable discourse and lives have been brought crashing down over harmless incidents. ‘White Bear’ addresses this head on by putting us in the shoes of the target of public bile, forcing us to sympathise with the nightmare she’s found herself in. 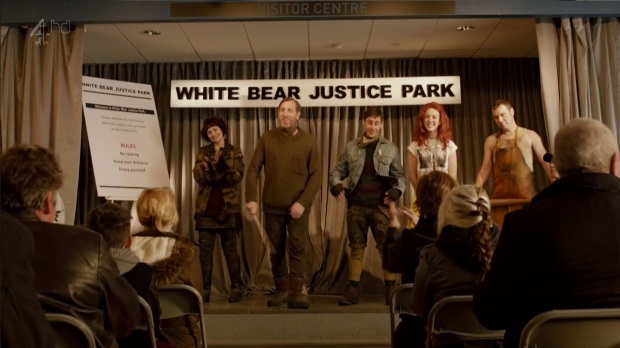 When we reach the big reveal we’re left with the confusing truth of the matter, that the crimes Victoria was complacent in go above and beyond horrifying. The audience is forced to consider both sides of the ‘justice’ being wrought, the angry mob and Victoria’s waking nightmare. Yes, what she did is horrendous and deserves punishment but what is happening here is more beneficial to the mob’s sense of satisfaction than in any way useful. Victoria will never be redeemed or rehabilitated, the crime will never be undone – this is for the personal enjoyment of the righteous public. At the end of the day there’s little to seperate their behaviour from Victorias, they simply feel justified because she committed her crime first.

The way the mystery unfolds and develops generates a powerful, creeping sense of dread. Even when Victoria is given answers nothing seems quite right. There’s a sense of unease throughout. It’s not only Victoria feeling confused but the audience as well. It’s a highly manipulative piece of media.

That Moment When You Feel Your Stomach Drop: The obvious choice would be the reveal of Victoria’s crime, but the real gut churning moment comes when she’s being driven through the angry crowd and we see what the audiences role has. 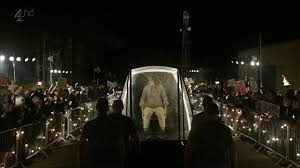 Ranking Black Mirror: We have been talking this episode up plenty, but it doesn’t have that emotional angle and awesome central performance in ‘Be Right Back’.