Yes, we’re back again. It looks like the new episodes are going to land tomorrow so it’s time to smash through these. 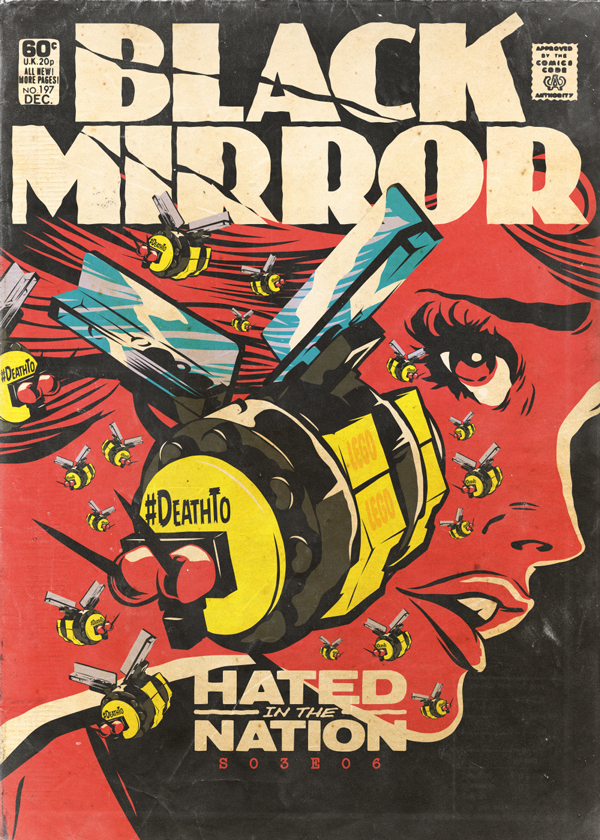 Title: ‘Hated in the Nation’

Premise: A police detective and her new partner investigate the links between recent murders and discover that the victims are getting selected based on social media trends.

Review: Well, the world is bleak. Again. We’ve got background news reports on environmental destruction and climate change, animal extinctions and online vitriol help establish the global situation and the fact that this is just around the corner. The only really clear step into sci-fi territory is the drone bees, robotic insects created to replace the vanished honey bee population. This episode does feature the line of dialogue which best encapsulates Black Mirror…”I didn’t expect to find myself in the future but here I fucking well am”.

Whilst the killer robo-bees is the most memorable part of this story they only serve as a device to keep the story on track. This is about the hatred and abuse which spread on social media, something we’ve seen in cases like Justine Sacco and, in a more direct reference, Lindsey Stone. Whilst someone has been hacking into the control system for the robo-bees and using them exact horrifying pain and death on their targets, it’s the weaponisation of hashtags that is at the core of the episode.

After the sudden and brutal deaths of an opinionated journalist and a singer who insulted a young fan it is determined that they were chosen to die through the use of the hashtag #deathto. Before long this is traced back to its origin, a ‘game’ that uses the bees to kill whomever has been named with the hashtag the most for that day. Our protaganist, DCI Karin Parke (Macdonald), and her partner T/DC Blue Coulson (Marsay) team with NCA officer Shaun Li (Wong) to try and protect the next victim without success and instead try to follow the trail back to the instigator of the bizarre game.

Macdonald as Parke represents the older or uninformed computer users who still dismisses the internet not as a social and business hub but a hobby or distraction for the technology minded. As a result she’s reluctant to accept that ‘some people on the internet’ could wield such influence – something that has been clearly demonstrated to be true in our current age. Once targeted by an online platform people have found their lives and reputations destroyed, sometimes just for fun.

When the final turn of the screw comes about Brooker and Hawes imply that online hate isn’t something that affects only the few individuals who are targeted by it on a mass scale, but a poison that seeps through the entire system. Those who get caught up in a public shaming often do so uninformed, and feel protected by the illusion of anonymity. This is flipped on them when it’s revealed that all those who used the hashtag are themselves the final target, leading to hundreds of thousands of deaths. 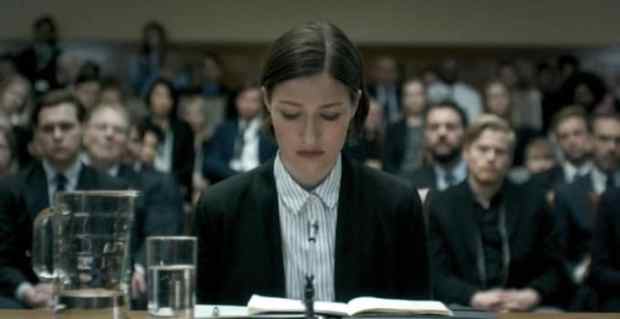 Although the scene where the mastermind changes his eye colour and shaves his head to avoid facial recognition is bollocks. My phone recognises me with sunglasses and a hat on.

There’s plenty of cool art design in this episode, from the bees through to contact informations being swapped by tapping phones together. Brooker always seem to capture the likely direction of technology in his stories and this episode is no exception. Apparently we’re still going to have Buzzfeed in the future. I wonder how they felt about their inclusion in this scenario.

Another interesting aspect to this story is the callbacks to 1950s nature driven sci-fi horror films. The electronic score is reminiscent of something involving giant ants or incredible shrinking men, well suited to a killer bees motif. This is fun, but I feel as though they could have leaned into this more. As it currently stands it just seems like they weren’t fully committed to the bit. It’s also briefly touched on that the government is using the new technology to violate people’s privacy under the excuse of ‘national security’ is mentioned but never explored in detail.

That Moment When You Feel Your Stomach Drop: Why all the users of the hashtag have their photos stored in files belonging to the instigator of this campaign. 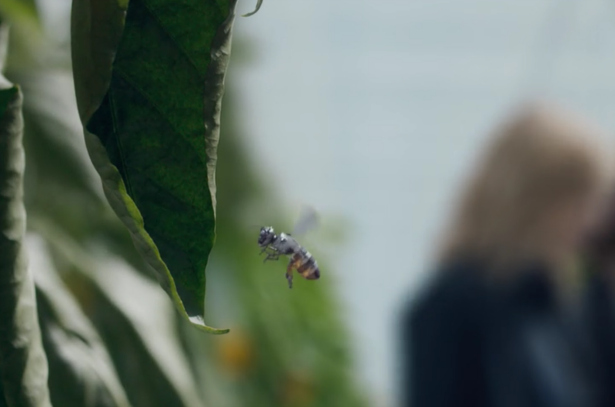 Links to Other Episodes: Ok, there’s a lot here. Prime Minister Michael Callow is in the news again as a trending twitter topic alongside #FreeTheWhiteBearOne. ‘White Bear’ comes up a few times online, with Victoria Skillane being selected in the #deathto trends, and a news feed reveals that Skillane has attempted suicide in her jail cell. Her murderous boyfriend also features more prominently, as Coulson worked on his case. ‘White Bear’ gets outdone by ‘Playtest’, however, with news crawls concerning Saito appearing on three seperate occasions along with two hashtags related to him and his games.

Some blink and you miss them references occur with a Waldo sticker on a victim’s laptop, MASS from ‘Men Against Fire’ being mentioned in a hashtag and a news crawl concerning ‘cookies’, the technology from ‘White Christmas’.

Ranking Black Mirror: This episode doesn’t get a lot of love. It doesn’t carry a huge emotional kick and lands at the end of a six episode season so it seems overshadowed. It’s very cool though, and well worth another look.

6 thoughts on “Black Mirrothon Part 13: ‘Hated in the Nation’”