Time to bring the Americans into the mix with the Netflix revival of Black Mirror, and they’re going to start real strong…

Premise: Lacie is a social climber and has grown obsessed with improving her average rating through a social media app that is fed through people’s eyes. Everyone rates everyone else based on their interactions with each other with benefits and restrictions placed on individuals as a result of their score.

Review: This is definitely one of the episodes that taps into the current zeitgeist. Not only have they replicated the visual style of social media apps and utilisation of the system but critiqued the false impression of themselves created by users and the risks of getting drawn into that cycle.

As with many of the stronger episodes, like ‘Fifteen Million Merits’, it’s the world building that makes this an intriguing world. It’s no revelation that people spotlight the positives of their life on social media and leave out their flaws or mishaps, and it has become a recognised problem for people who grow jealous or depressed by falling into the trap of comparing their lives to these ‘constructed’ realities. Lacie (Howard) could be dismissed as a naive individual if it wasn’t for the way her surrounding society has moulded itself to fit this new system. 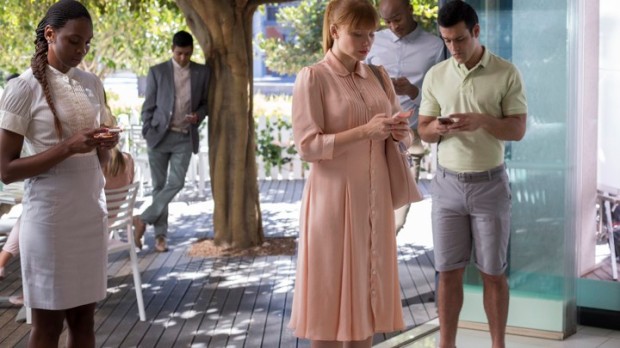 Earning a higher score is paramount to a relaxed and luxurious life with high scorers being viewed as better people. In contrast to this belief we see time and time again that most high scoring people are given top ratings by other social climbers hoping to have the score returned. They’re not without justification, however, as the best apartment, services and jobs are reserved for the highest scoring members of the population. Early on in the story we see Lacie bowing to social pressure by joining her coworkers in voting down a colleague so she wouldn’t be tarred with the same brush even though the co-worker eventually gets locked out of his own workplace.

The frightening part of this episode isn’t how much Lacie and others lose themselves in this game of social media but the degree to which is bled into the real world. Managing ones social media presence isn’t just a hobby and part of one’s public life. Don’t think potential employers aren’t going to look at your online history, or any clients, potential romantic partners…what doors are open to you in the future is already affected by social media and ratings pages. With this in mind it’s not a large leap to where things are in ‘Nosedive’. Within the story we see other problems associated with social media influence, including workplace bullying and invasions of privacy.

In spite of the way in which everyone indulges in rating each other it becomes clear that the powers that be are well aware of the dangers but only serve to pick up the pieces without trying to prevent it from happening. Lacie, upon crashing Naomi’s wedding and delivering a deranged speech, has her implants removed. This is depicted as ultimately being for the best as she immediately feels free for being able to exist without judgement.

Whilst there’s not a direct link to social media platforms, the art directors have done a typically amazing job and bringing this potential future to live by replicate many of Apple’s design philosophies. The cars in particular look like something deigned to match your phone.

That Moment When You Feel Your Stomach Drop: This episode builds pretty steadily rather than drop a surprise twist on us. The confirmation that Naomi is as obsessed as Lacie is in having a good score and the wedding invite was nothing more than an engineered marketing stunt is pretty grim.

Links to Other Episodes: After being referenced in ‘The National Anthem’, cult sci-fi show ‘Sea of Tranquility’ gets some visuals when Lacie meets up with a group of costumed fans heading to a convention. There’s also a blink and you miss it reference to the same episode’s Prime Minister getting kicked out of a zoo in Lacie’s news feed.

Ranking Black Mirror: ‘Nosedive’ has been considered one of the quintessential Black Mirror episodes since it first aired. Being he first new episode released as part of Netflix’s contract with the show it was an entry point for many viewers and it hits closer to home than most. Whilst the details of the technology are alien the behaviours associated with them are strikingly familiar. It also doesn’t feel like it’s trying too hard to have an impact, it lets the story pay for itself. It’s certainly among the best. 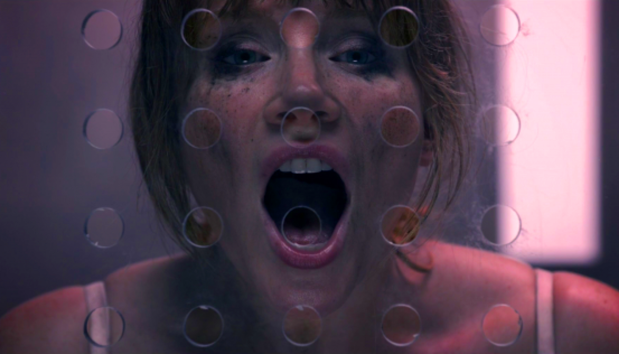