This episode has drawn a lot of comparison to the 2016 Trump Presidential Campaign, as evidenced below. 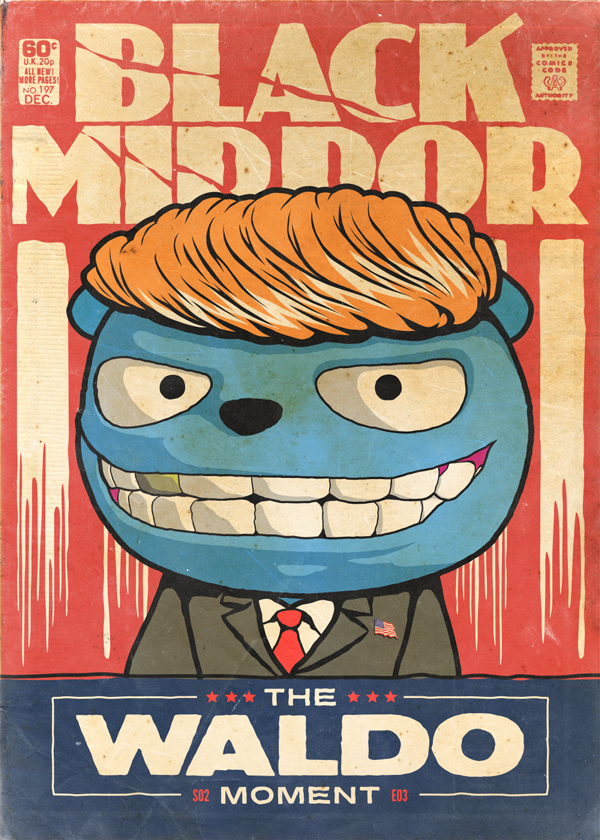 Premise: A crude, foul mouthed animated character named Waldo starts making waves when he launches a series of attacks against campaigning politicians. His antics begin to call into question the entire political system. 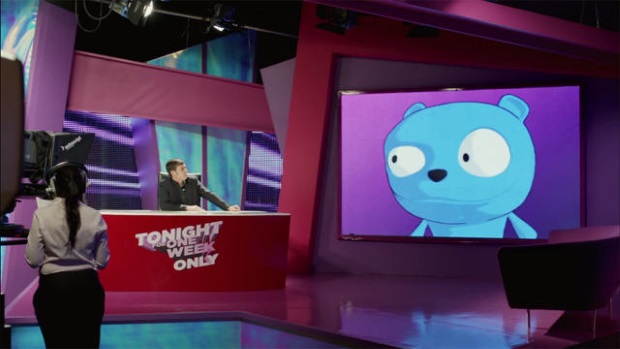 Review: This is an episode which generate a lot of attention in hindsight. The ridiculous exploits of cartoon wombat thing Waldo, most noticeably encouraging violence and verbally abusing his rival politicians, put some audiences in mind of Donald Trump’s campaign strategy. He appeals to a public frustrated with soulless campaigners promising only what marketing research tells them is safe. He allows people an outlet, but ultimately works only to increase his own wealth.

Our ‘hero’ is Jamie Salter, a comedian of little importance, who provides the voice and motion capture performance for ‘Waldo’. Under the guise of a children’s TV show Waldo lures interviewees onto his show only to be met with inappropriate, confronting and juvenile questions. He quickly makes an enemy of Conservative Liam Monroe, who is angered at being humiliated. As Waldo’s popularity grows the producer of his program comes up with the idea that Waldo could run against Monroe, and initiates a series of public encounters. 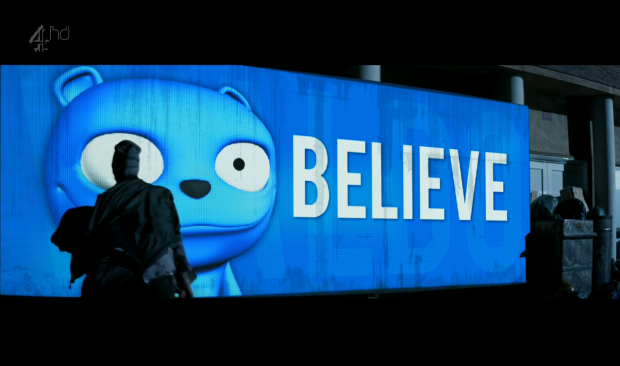 Behind the scenes Salter is deeply depressed and unsatisfied with his road to success. He falls into a relationship with Gwendolyn Harris, a Labour candidate running a campaign with the intent not to win but build her public reputation. Harris eventually rejects Salter as their relationship may work against her campaign. This rejection, combined with Monroe turning the tables of Salter, leads to Waldo lashing out on live television, railing against the electoral system and the motivations of the politicians.

Wanting to escape this spiral, Salter wants to shelve the character of Waldo. His producer, who holds the rights to Waldo, isn’t prepared to give up his golden goose and takes on performing Waldo himself. Having burnt his bridges Salter eventually winds up homeless, completely out of control of his creation and left watching Waldo continue to spread damage. 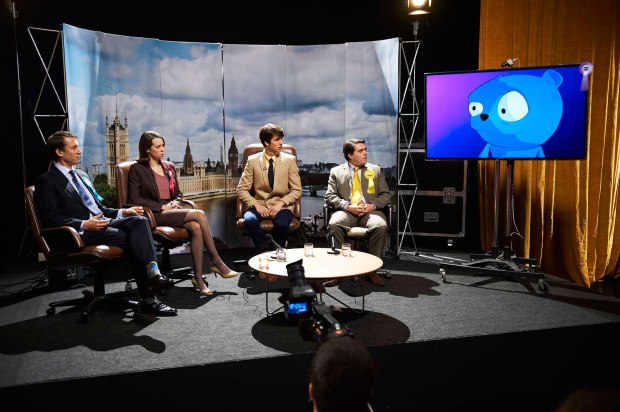 On a rewatch the episode feels as though it takes strength from the subsequent political events, but this can be applied to most good political satire. Charlie Chaplin’s The Dictator feels like a warning of current events despite being a very specific commentary on the Third Reich during their reign. Taken on it’s own, ‘The Waldo Moment’ is a solid parody of general problems with the political system. This story only points out familiar problems and suggests that a cartoon animal carries as much weight as a real politician. This isn’t new information though, Michael Moore ran a pot plant for political office as just one example of the this point being illustrated in real life.

That Moment When You Feel Your Stomach Drop: The moment when Jamie’s producer demonstrates that he can do Waldo’s voice and Jamie is as expendable as the people he was mocking.

Links to Other Episodes: We get a recycled news headline from ‘The National Anthem’: “Geraint Fitch cleared of wrongdoing following paparazzi scuffle.” In a narrative breaking moment Abi from ‘Fifteen Million Merits’ appears on a billboard next to a Waldo billboard.

Ranking Black Mirror: As much fun as this episode is, it’s one of the shallower episodes. Yes, it can be linked to current political issues but it’s not unique in that regard.