1980: Hays and West propose a solution to ferret out a suspect that gets rejected. The town begins to panic when a piece of evidence is revealed on television. Wayne grows closer with Amelia who offers assistance in the investigation. Roland and Wayne track down a known pedophile. The Purcell family receives a disturbing note.

1990: Wayne receives more intel regarding Julie Purcell. Amelia’s book is set for publication while Hays is distracted from recent developments.

2015: Hays visits an old rec center hoping to jog his memory. The interviews for True Criminal continue while Wayne is questioned if his race had a bearing on the outcome of the case. Wayne’s memory loss becomes markedly more noticeable to those closest to him.

Review: If episode one was a slow burn, “Kiss Tomorrow Goodbye” was a firecracker. Episode two remains firmly entrenched in the 1980 storyline with only a few interludes in the 1990 and 2015 sections. What I appreciated the most about this episode was the expansion of Roland and Wayne’s relationship. These guys are in no way PC as the two pick up a known pedophile named Ted La Grange based on Roland’s tip from Vice. The two take him to a barn where Roland beats the shit out of him as Wayne asks him pointed questions. This scene is intense and shot beautifully. It was amazing to see the juxtaposition of Roland’s physical blows against Wayne’s calmly delivered inquisition. It speaks to an earlier time when cowboy justice wasn’t frowned upon and in some ways encouraged. With everything I see Ali in my admiration for his ability as an actor grows.

What’s interesting is that Roland and Wayne’s actions are done mostly out of fear, as older Wayne notes in the 2015 interview. Pressure is mounting to find a suspect. After Amelia discovers that Julie received the voodoo doll on Halloween night while trick or treating, Wayne sees this as an opportunity to flush out the perpetrator. Yet when Wayne suggests to his superiors that they start sending detectives to various houses in town to ask if they can search the premises, his idea is thoroughly rejected. Instead his superiors take the (at least in Wayne’s view) ill-advised move to reveal the Halloween trick or treat route and the doll connection on television. This in turn causes Wayne to verbally attack Roland implying that if he would have spoken up they would have listened to him because he’s white. It’s the first time race has been addressed regarding this case and I’m sure it won’t be the last.

I have to say I’m more and more impressed with Scoot McNairy as Tom Purcell, the children’s father. One of the most authentic scenes in this episode is when Tom tries to return to work, only to be told that he’s been put on leave. This enrages Tom because he feels like work will be an outlet to stop the “shit going on in his head.” As someone whose experienced grief firsthand I can completely relate. Tom being denied that opportunity generates some major empathy, especially after he breaks down crying in the back of Wayne and Roland’s car.

One thing I noticed in this episode that I didn’t pick up on in the first is how distinctly each time period is shot. 1980 possesses a washed out, almost grainy texture to it that connects directly to old Wayne losing his memory. It almost implies that the events from 1980 are fluid and maybe not entirely accurate. Meanwhile, 1990 is sharp and in focus, almost like something you’d see on a procedural drama such as Criminal Minds. 2015 captures the true crime documentary style, as most of the scenes involving Wayne possess an interview like quality to them. The choice to shoot each of these time periods in a different manner is a true master stroke of storytelling.

Additionally, True Detective season three is now two for two with powerhouse endings to their respective episodes. The Purcells receive a note from the potential killer saying Julie is safe and to not come looking for her. Yet is this real or a red herring? This cuts to an older Wayne completely disoriented, finding himself out at night in his robe in front of the old Purcell house, which has been burned to the ground. What’s amazing is that this is a meta-commentary on how the audience feels. Two episodes in and we are completely disoriented in the best possible way.

People touting season three of True Detective remark how it has a similar vibe to the first season. I wholeheartedly concur, and the WAY they are doing it is quite simple. The showrunners are keeping the element of mystery alive. Amelia has a checkered past but we don’t yet know what that entailed. Someone was obviously convicted for Wil’s murder but we don’t know who. Julie Purcell’s reappearance in 1990 causes Wayne to leave the police force but we don’t know why. 2015 Wayne is estranged from his daughter but we don’t know the reason. And Wayne has constantly posed theories about the Purcell case but we don’t know yet why it’s his obsession. This is textbook mystery storytelling that Agatha Christie would admire.

All these are tantalizing bits that Nic Pizzolatto and company are feeding us like breadcrumbs….and I want MORE.

Fans of this show better buckle up because I think the surprises are just beginning. 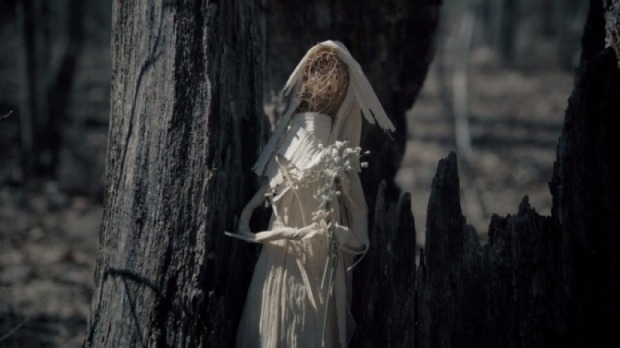 ← The Dark Universe: What Could Have Been
Genre Movies Turning 30 This Year →