TV Review: ‘True Detective’ Season 3 Episode 5: ‘If You Have Ghosts’

1980: The confrontation at Brett Woodward’s place unfolds with deadly results. Wayne deals with the aftermath while Amelia seeks to comfort him.

1990: The brass holds a press conference as Tom begs Julie to reach out. Wayne and Amelia “enjoy” a dinner party at Roland’s house. Wayne and Roland follow-up with Freddie Burns. Hays discovers that evidence from 1980 may have been planted. Julie reaches out to the police in an unexpected way.

Review: Finally a few answers! (And more questions.) It’s safe to say that this week’s episode of True Detective started off with a bang…several in fact. The confrontation at Brett Woodward’s house was just as explosive and deadly as the end of last week’s episode portended. Like a one-man army, Brett takes out locals and cops alike with booby-traps and an assault rifle. It was a truly harrowing scene to watch, punctuated by Wayne’s take down of Brett. I suspected that Brett had a death wish and it certainly plays out that way as Woodward gives Wayne little choice but to shoot him. We also discover how Roland received his limp as Stephen Dorff’s character is wounded by Woodward. 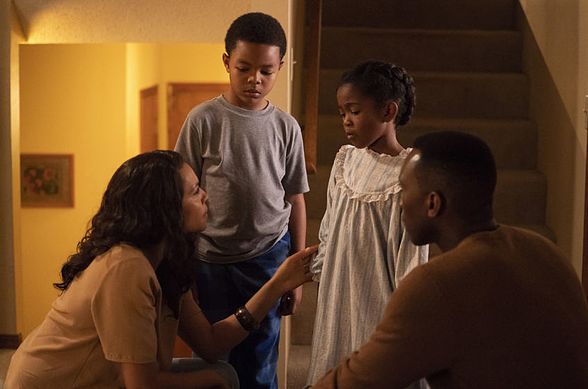 I believe it’s a little clearer now as to why this case haunts Wayne, especially when you couple Woodward’s death with the fact that Wayne and Amelia sleep for the first time immediately afterwards. The case at this point is so intricately bound up in the fabric of Wayne’s life, that it’s no wonder its echoes reverberate into the other two timelines. Could the death of Brett Woodward be the reason why Wayne’s career came to a standstill? It feels like that’s what the show runners are setting up.

Prior to this episode the writing was on the wall as to who the police were going to pin the murder of Will and the disappearance of Julie on, and it comes as little surprise that that man was Brett Woodward. In the 1990 timeline Wayne once again becomes obsessed with the case and its clear he’s taking chances he shouldn’t, such as showing Julie’s picture to Tom. Wayne demonstrates that he considers this case his own personal domain, going so far as to chastise Amelia at Roland’s dinner party and later on calling a Amelia a user, who throws back in Wayne’s face the fact that he’s using the case to stay away from home. Right or wrong, Wayne’s doggedness pays off as he discovers pretty compelling evidence that Julie’s shirt and Will’s backpack were planted at the scene. Now on the outside it looks like it was just done so that the case could be neatly wrapped up. Yet I feel like there’s something more to this. What IS surprising is that when Wayne presents this info to Roland, he’s reluctant to follow it through, suspecting that they’ll shut the case down. Crazy thought: could Roland be part of the coverup?

Some of the most telling moments occur when Roland and Wayne visit Freddie Burns again in the 1990 timeline. His life turns out about as you’d expect: dead-end job, a wife, and a mess of kids. Yet he delivers a key piece of information to the detectives in that during his last encounter with Will, Will mentioned that “they” had Julie, implying that it’s more than one person. Have to say, this scene may have been the first time I felt a little sympathy for Freddie especially when he remarks to Hays about his bullying. “I was a teenager, what’s your excuse?” Powerful stuff. 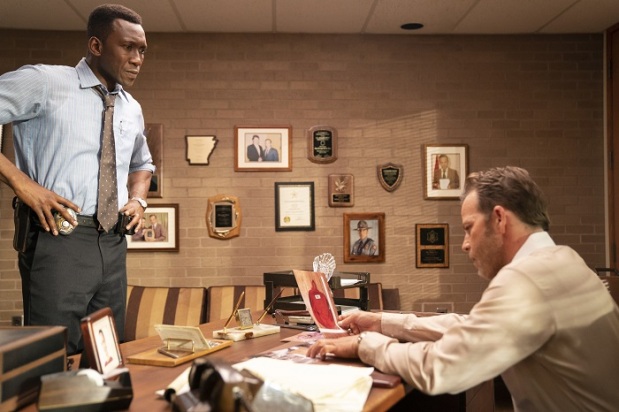 Just as powerful was Julie’s (if it really is her) call to the police hotline. She remarks about the man on the TV masquerading as her Dad. You get the sense that Julie was happy to get away from that home life. Could Tom have been the one who drilled the hole into Julie’s room? Was he molesting Julie? Could that be why she went away with whoever she went away with? And why kill Will? What was so special about Julie?

This week’s 2015 timeline proves to be the best of this season by far. Whereas before it consisted mostly of Wayne’s dementia freakouts, and to be sure he did have one AGAIN, we also get to see Wayne reunited with Roland. Strangely enough, Roland lives out in the woods with only dogs as company, no sign of his beloved Lori anywhere. The full weight of Wayne’s memory loss becomes readily apparently in this scene which was dynamite. Clearly, Wayne did something to upset Roland, an act Roland considers borderline unforgivable. In addition, Roland mentions that he and Wayne did something during the last investigation that went outside the bounds of legal activity. Wayne simply can’t remember. Wayne is supremely frustrated about his malfunctioning memory and it finally dawned on me that we the audience are sharing his frustration. Maybe that’s been the point all along.

Regardless, “If You Have Ghosts” finally delivers some solid answers, even as it opens up new mysteries. Now that old Roland and old Wayne have teamed up again, perhaps the 2015 timeline will become much more interesting.

Three to go. We’re in the home stretch people.