For centuries humans have reported seeing unidentified aircrafts in our skies. Believed to be of extraterrestrial origin, these UFOs have been a since of wonder for humanity to puzzle over. Of course with so many strange aircraft floating in our skies inevitably some have to fall. When this allegedly happens, governments and those in powers waste no time in hiding the event. Here are a few times UFO’s allegedly crashed to earth. We will be exempting Roswell, here as everyone knows about that one and instead focus on some lesser known incidents. 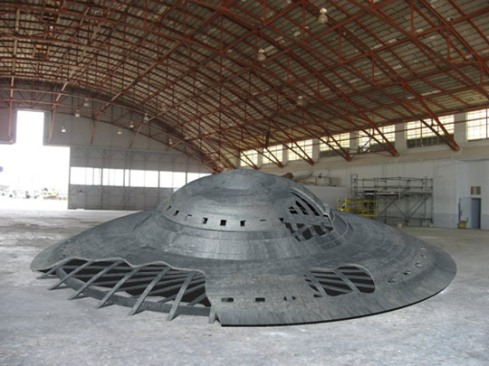 Kingman Airport: Kingman, Arizona (May 1953): A few miles east of the Kingman Airport, witnesses saw something fall from the skies and crash. It was described by those who saw it as a 30ft. metal oval with portholes around its circumference. It did not take long before government officials and the military blocked off the area and brought in scientists to examine what happened. Engineer Arthur Stancil was one of the researchers brought in to examine the object, he concluded that whatever it was crashed travelling at 1200 MPH, yet was strangely intact. Upon examining the metal and construction of the downed UFO, he concluded that there was no way this was built on earth. Perhaps the most interesting part of this was years later in the book, UFOs Over Arizona, Stancil and other witnesses claimed to have found a body of a 4ft. being among the wreckage.

Battle in the Skies: Zaostrovka, Russia (September 1989): Dubbed the “Russian Roswell” by some, the skies over the River Kama allegedly played host to a battle between extraterrestrials. According to evidence recorded in the years following the Cold War, witnesses saw seven disc-like shapes some silver and some black engaged in battle. The power in the nearby town and military base was knocked out coinciding with this event. One ship was eventually shot down and crashed into a marshland. Unfortunately this was a treacherous area, so Soviet troops could only stand guard until winter when the ground was frozen for them to recover this craft.

Kecksburg Incident: Kecksburg, Pennsylvania (December 1965): On a cold December evening, the citizens of Kecksburg, Pennsylvania looked up to see a ball of fire flying through the sky. The object crashed in the woods nearby which of course drew many local curiosity seekers. By now this was not the government’s first rodeo so to speak, and it was not long before military personnel and ominous men in black suits showed up at the scene to ward people off. Those who were able to get a look at the downed UFO say it looked like a gold acorn with hieroglyphic-style writing decorating it. According to a man who claimed to be an MP during this time, the ship was quickly and securely transported to a base in Columbus, Ohio and from there to Wright-Patterson Air Force Base. This would make sense as many believe this base also contains the remnants of the Roswell craft.

Kalahari Incident: Airspace of South Africa (May 1989): In the early 90’s information began to leak of an unidentified craft which entered South African airspace without warning in 1989. A squadron of Mirage fighter planes were scrambled to engage with the UFO. The craft was shot down by fighters somewhere near the border with Botswana in the Kalahari Desert. Electrical equipment sent to sort through the wreckage would mysteriously die upon getting too close to the craft. The bodies of two grey aliens were found inside of this smooth silver ship. According to UFOlogists, the United States was able to diplomatically strong arm South Africa into surrendering the debris from the UFO, but supposedly the bodies recovered are still there in a secret military installation.

Aurora Crash: Aurora, Texas (April 1897): Perhaps the earliest reported UFO crash took place in Texas shortly before the dawn of the twentieth century. A cigar shaped craft was reported to have hit a windmill on the property of a local judge which damaged it. The newspaper the Dallas Morning News, quickly dispatched a reporter who gathered firsthand reports from witnesses who saw the UFO. Given these testimonies and the era in which it happened, people tend to put a lot more credence into the authenticity of this event that other UFO crashes. What makes the Aurora crash so interesting was the fact that a body was not only recovered but given a name. A humanoid they named Ned, was found in the wreckage, and of course not knowing what else to do the people of Aurora buried Ned in a full Christian ceremony, adorning his resting place with a tombstone depicting his ill-fated ship.  Today the spot believed his final resting place is protected by the Texas Historical Commission.