I love movies. And kitties. I can’t have cats in the house these days due to allergies, so I rely on cinema (and the internet, I suppose) for my feline fix. Fortunately there’s plenty to choose from! In order to make this list manageable (and open to sequels) we’re laying down some rules. First – domestic breeds only, not big cats, otherwise it’ll just be tigers. They also must be live action, we’re save animated cats for another time. And now…KITTY!

Firstly, it’s important that I establish myself as someone who does know cinema. You wouldn’t know it from the usual output I provide this site, but I do have an academic background in this area. As a token effort I’m including a kitty from Italian Neo-Realism and whilst they don’t have a great deal of character they do usher in the most famous scene of this short lived school of film. As Sylvia (Anita Ekberg) and Marcello (Marcello Mastroianni) have been wandering the deserted streets of Rome at night when they happen upon a stray kitten. Sylvia does the obvious and dons the wee scamp as a hat while they search for some milk to feed them. It’s at that point that Sylvia goes for the iconic wade through the impressive Trevi Fountain.

Note: Don’t climb into the Trevi Fountain. The police don’t put up with that nonsense. 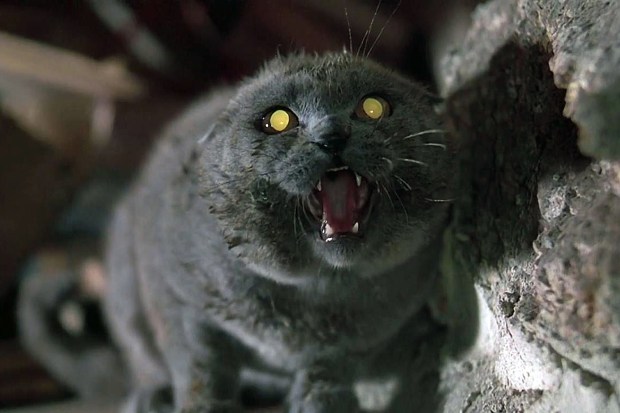 Some people – very silly people – don’t like cats. I can’t quite blame them if they’ve seen Pet Semetary though. This Stephen King adaptation is about a family dealing with repercussions of mystical burial ground that brings things back from the dead. Delightful family cat Church (or Winston Churchill if you go by his full name) is the first victim of this ritual after being hit by a truck, and certainly comes back wrong, becoming a mangy, evil creature with a particular hatred for patriarch Louis (Dale Midkiff).

Church will reappear on our screens this very year! 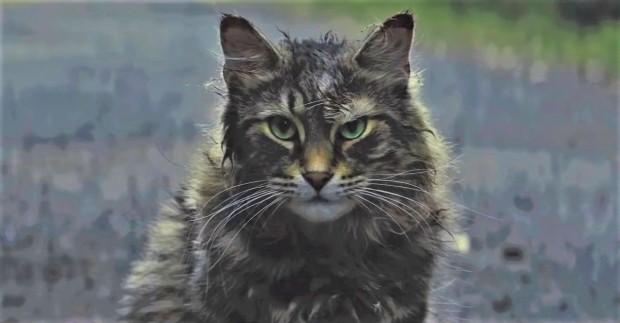 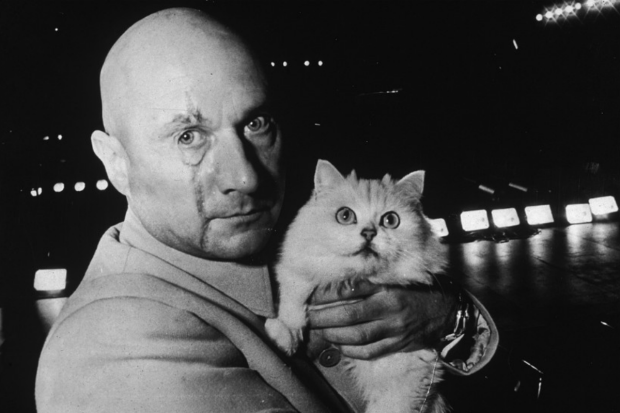 The Sean Connery era of Bond is certainly legendary, but the fact that he’s a straight up rapist makes it very uncomfortable in hindsight (before you get snippy, go watch the Goldfinger barn scene). The one upshot is the iconic white cat who came to symbolise the arch-villain Blofeld long before the man himself was revealed. First appearing in From Russia With Love and recurring right up to Spectre you’ll never find Bond’s greatest foe without his beloved white angora.

Jonesy could’ve been higher on the list, especially since he appears in one of my all time favourite films. Plus Jonesy brings the tradition of the Ship’s Cat into the future by keeping the crew of spaceship Nostromo company. The problem is that he’s a shit. Whenever someone gets distracted following Jonesy to try and keep him safe they ALWAYS end up brutally murdered by their xenomorph stowaway. It gets to the point that we think he might’ve been teaming up with the alien. He ended up surviving the experience but gets left behind for the sequel. Smart move. 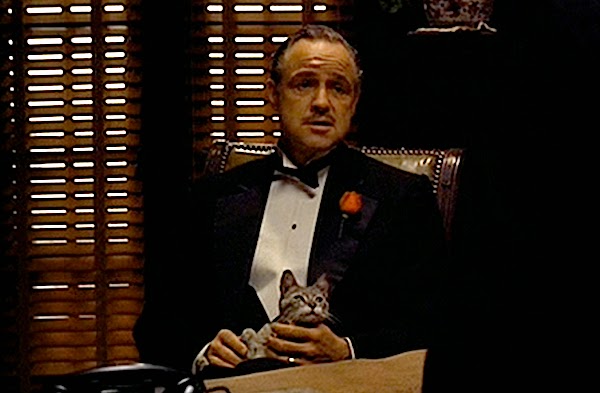 Even if you haven’t seen The Godfather you can describe the title character. A heavy set Italian man in a suit, mumbling his lines and stroking a cat. Funny thing though – and the reason why he made the list – is because he was never meant to be there. While setting up the shot the tabby wandered on to set and director Francis Ford Coppola decided that it would add an extra layer to the character, sitting in sharp contrast to the Godfather’s grim business. As a result, this random unnamed stray joined Marlon Brando in creating one of the most memorable characters of the age. 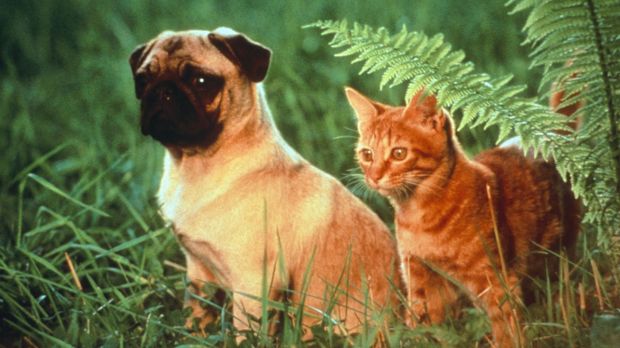 As a child this was one of the quintessential family films that everyone saw. A Japanese film was re-dubbed into a whacky talking animals feature for Western audiences, with this adorable farm cat getting washed away during a game of hide and seek. His friend, a pug named Otis, sets out to rescue his pal. This cat is seriously cute and the film is surprisingly well shot. Just don’t look into the unverified accusations of animal cruelty. 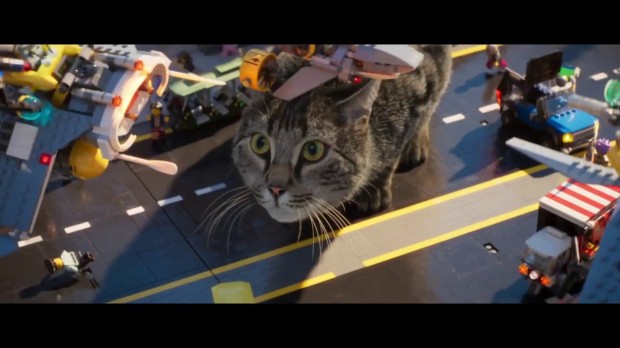 This movie did not meet the bar set by the surprising smart The LEGO Movie and goofy The LEGO Batman Movie, but it does have the best scene in the series. When villain Lord Garmadon (Justin Theroux) unleashes the ultimate weapon on the people of Ninjago City the audience realises that the ‘weapon’ is a seemingly harmless laser pointer. And who loves laser pointers? 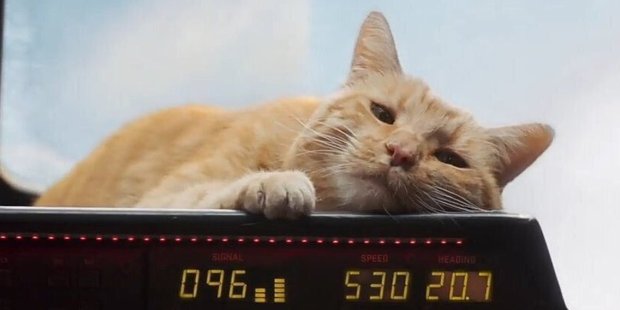 Ok, I know full well that you can “well, actually” this one but…he’s such a good kitty! Captain Marvel (Brie Larson) and Nick Fury (Samuel L. Jackson) first meet Goose in a secret military facility and the feline tags along as their new sidekick. Goose has more than a few tricks up his furry sleeve. He also got his own poster! 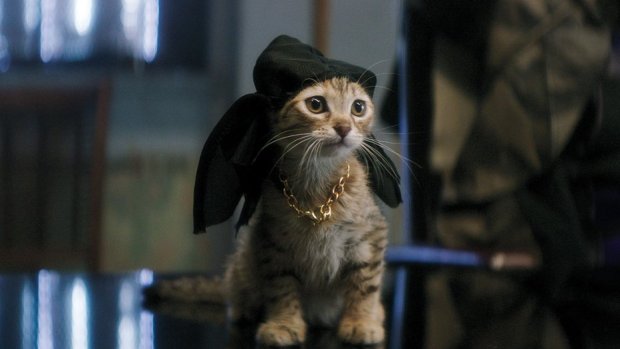 When modern comic legends Jordan Peele and Keegan Michael Key made their first move to the big screen they gave us this particularly special title character. A heartbroken Rell (Peele) is struggling to move on from a failed relationship when he finds this awesome kitten on his door. Naming him Keanu the two become inseparable…until Keanu’s original gang affiliated owners come knocking. This sometimes overlooked comedic gem not only gave us one of cinema’s best kitties, it even got Keanu Reeves to provide his voice during a drug induced dream sequence. 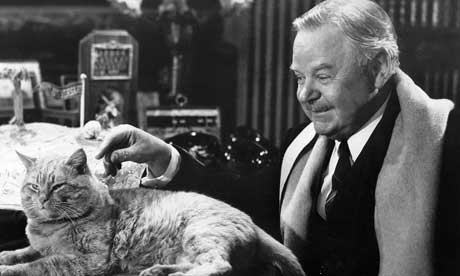 The same cat appeared in all these films and TV shows, and more. 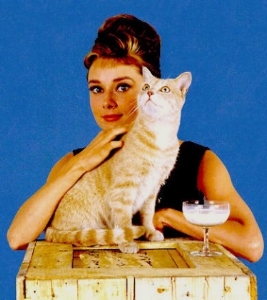 The top spot on our list doesn’t go to a character but a performer. Orangey and his trainer Frank Inn had an amazing career spanning 18 years, with Orangey being the only performer in history to win two PATSY Awards (the animal equivalent to the Oscars). This famous feline was known for his ability to sit still for hours on end while scenes were set-up, shot and reshot. He was also known for being a right prick, randomly biting actors and sometimes getting bored and fleeing set. His misbehaviour got to the point that the studio had to hire guard dogs to stop him wandering off the lot.

All in all the late, great Orangey is a great cat.