Plot: Set years before the events of the 1982 film, The Dark Crystal: Age of Resistance returns viewers to the world of Thra, a place as vast and wondrous as it is perilous and deadly. The seven Gelfling clans, though distinct in culture and society, all answer to their seemingly benevolent Lords of the Crystal, the Skeksis. However, when Rian (Taron Egerton) a castle guard of the Stonewood Clan discovers that the Skeksis are exploitative and evil, it is up to him and his compatriots Brea (Anya Taylor-Joy) a Princess of the Vapra Clan, and Deet (Nathalie Emmanuel) of the Grottan Clan to light the fires of rebellion and restore Thra to health.

Review: “Another world. Another time. In the age of wonder.”

When I was young my family had a tradition. Shortly before Christmas, my mother would gather my sister, my aunts, and my cousins and take us to the movies. In 1982, at the tender age of four, I walked into the theater and heard those words echo across the theater as Jim Henson’s fantasy classic The Dark Crystal began. For the next 90 minutes I was whisked away to the world of Thra. I was utterly captivated by the tale of Jen, Kira, the frightening Skeksis, and the gentle Mystics. It was unlike anything I’d ever experienced and a film that defined my childhood and laid the foundation for my lifelong love of fantasy.

Although rumors of a Dark Crystal sequel have been rampant for years, I never thought anything would come of it. Sure, the film has its supporters, especially if you’re an 80s kid, but it didn’t exactly light the box office on fire and the reviews at the time were decidedly mixed. Additionally, in this age of CGI, would any studio really pony up the cash for an expensive fantasy epic that involved mostly puppets? I really didn’t think so.

However, we also live in a time where streaming services rule the day and many of the kids who grew up in the 80s loving films like The Dark Crystal are now in positions of power in the television and film industry. Enter Netflix and writers Jeff Addiss, Will Matthews, and Javier Grillo Marxuach. The trio along with director Louis Leterrier were bound and determined to make Age of Resistance a reality. With the assistance of The Jim Henson Company, the story was re-imagined as a prequel series based on extensive notes from original directors Jim Henson and Frank Oz.

Without any qualms I can categorically say that The Dark Crystal: Age of Resistance is a triumph. It’s an absolute perfect blend of story, imagery, puppeteering, and voice work, that also happens to be one of the best television shows of the year. Not only does it measure up to the original, it surpasses it in ways I didn’t think possible. Vast in scope yet somehow also incredibly intimate, the show-runners behind Age of Resistance have crafted a television show with real emotional stakes and a complete lack of pretension. In a time when many TV shows and movies possess at least a tangential connection to modern politics and social issues, the people at Netflix behind Age of Resistance remembered a simple tenet of good storytelling. Namely that if you tell a great story, with characters that people can care about and invest in, people will show up. And AoR has it in spades.

Which isn’t to say that Age of Resistance doesn’t contain messages, it does. But they are simple ones that we tend to forget or gloss over because they are often seen as naive or elementary. Yet in a cynical world where we forget to attune ourselves to the beauty around us, AoR reminds us of the sacred nature of friendship, the heroism of sacrifice, the responsibility of caring for our world, and how our differences can and should unite rather than divide us.

Yet aside from the themes present in Age of Resistance, there is so much more to love about this show. The puppeteering and world building is top notch, with Jim Henson’s Creature Shop and Muppets veteran Dave Goetz creating twenty principal puppets. Much credit has to go as well to original Dark Crystal concept artist Brian Froud in developing new characters and expanding the world of Thra. Indeed Thra feels like a fully realized world as vibrant as Westeros. It’s mind-boggling to observe the detail of this show, from the dark and malevolent halls of the Skeksis’ castle, to the wondrous caves of the Grotton clan, to the beauty of the Vapran capital city, to the high sanctuary of the Circle of the Suns. The puppets themselves are even more expressive than they were three and a half decades ago. Indeed within twenty minutes of the first episode I forgot I was watching puppets, I was that enchanted by the world of Thra.

I also can’t say enough about the voice cast in this show. Aside from the obvious headliners like Egerton, Taylor-Joy, and Emmanuel, AoR sports a virtual who’s who of talent. Keegan Michael-Key, Mark Strong, Eddie Izzard, Natalie Dormer, Jason Isaacs, Awkwafina–the list goes on and on. Aside from the leads a few standouts for me included Mark Hamill as skekTek The Scientist, Lena Headey as Gelfling Maudra Fara, and Benedict Wong as skekVar The General. However, without question the top dog (Skeksis?) is Simon Pegg as skekSil The Chamberlain. Conniving, manipulative, opportunistic, and touting the distinct “Mmmmhhhmmmm” sound made famous by Barry Dennen in the original, Pegg absolutely nails this character.

What’s also surprising about Age of Resistance is how damn funny it is. The byplay between skekGra The Heretic (Andy Samberg) and urGoh The Wanderer (Bill Hader) is damn near sidesplitting. The Podling creatures are just as hilarious as they were in the original film, with a sequence involving Gelfling trying to clean them coming off particularly funny. Speaking of Podlings, if you don’t fall in love with Deet’s traveling companion and Paladin hopeful Hup (Victor Yerrid) you literally have no soul.

The Dark Crystal: Age of Resistance is the very definition of binge-worthy television. If it wasn’t for the daily obligations of the life of a husband and father, I would have power watched all ten episodes in one day. The season ends on a triumphant note that I won’t spoil here. Suffice it to say I was more than satisfied. Satisfied but NOT sated. There’s so much more to explore in this universe and I sincerely hope there’s a second season. I need it now. HOOK IT TO MY VEINS NETFLIX! 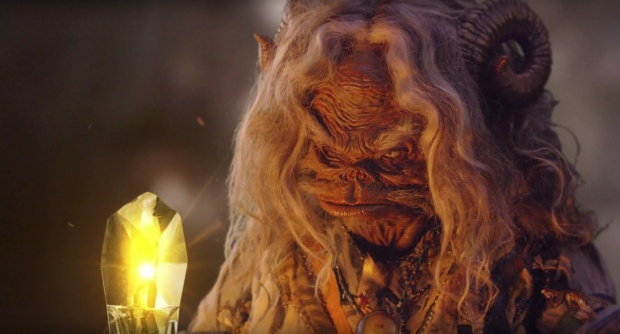 Whether you’re a long-time fan of the film or a newcomer to the world Jim Henson and Frank Oz built, you’ll undoubtedly find something to love about The Dark Crystal: Age of Resistance. It’s a triumph of storytelling and spectacle and I can’t recommend this sucker enough. Go watch it.

And then watch it again. 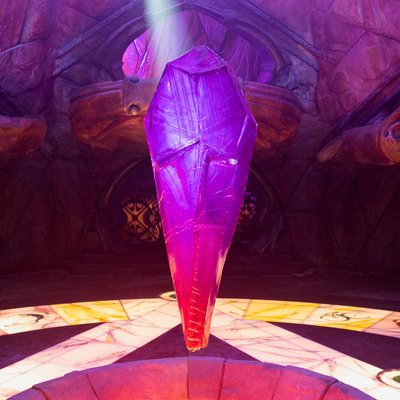