Donny and Brook: The Potential of the ‘Uncharted’ Movie

Donny: I know every time a video game is adapted into a movie and looks even slightly like it was made by someone who gives a shit, this gets said about it. But I honestly believe Uncharted has a chance to be the best video game movie.

Brook: I can see how the game could inspire the best one, but certainly you don’t mean the version starring Tom Holland. I like Holland, but come on….

Donny: Not only that, but Holland getting cast is specifically what’s convincing me that it will be the best.

Brook: Go on, she says reluctantly…. 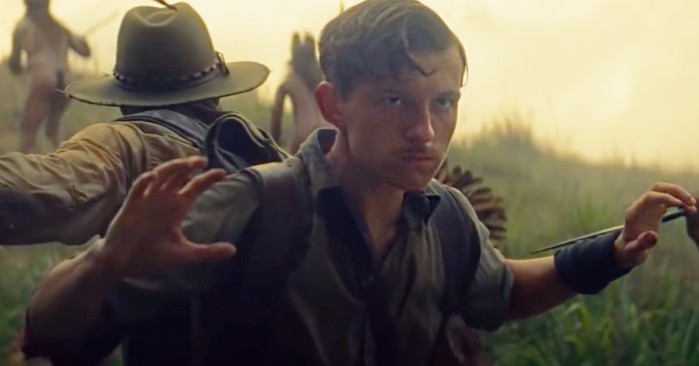 Holland in the period piece treasure hunt movie, The Lost City of Z

Donny: The problem with every video game adaptation is that they don’t really give a shit about the story that is actually being told in the video game. They always end up changing the mythos in weird ways. Resident Evil. Silent Hill.

Brook: They turned Sonic into an alien and Mario’s Mushroom Kingdom into a Blade Runner rave. It was hilarious.

Donny: But Uncharted doesn’t really have a mythos. The mythos is just “guy finds stuff.”

Donny: A little. But I know you follow. It takes its cues from old serials and Indiana Jones, where most of the mythos is assigned to the trinket they are looking for rather than the protagonist searching for it.

Brook: So, Naughty Dog set the bar so low that as long as he isn’t a tax accountant, it’ll make sense?

Donny: Better. I’m saying there is enough implication that Nathan Drake never stops treasure hunting that you could send him on any original adventure you want after any McGuffin you can think of and it should make sense. Don’t even attempt to adapt a specific adventure from the games. You could even have this adventure be in-canon with the games.

Donny: But they could

Brook: What part does Holland play in this? Certainly, they could also do this with Chris Evans or Jensen Ackles or Nathan freaking Fillion.

Donny: Those actors could. However, if they go with a more mature Nathan Drake they would have to dance in between the canon of the games, which could lead to continuity issues.

Brook: That only matters if they make an in-canon movie, which I already said they probably won’t.

Donny: That’s fair, but in order for it to take advantage of what sets it apart from the other video game adaptation, it can neither confirm nor deny the other adventures. The easiest way to do that is to take place before the main stories from the console games. And twice in those games we play as a version of Nathan Drake that is younger than Tom Holland is right now.

Brook: I guess that does establish that he has been doing this for a long time. The chapter where Drake is seemingly the youngest is the one where he meets Sully for the first time, so we can still have the central mentorship.

Brook: But no Elena?