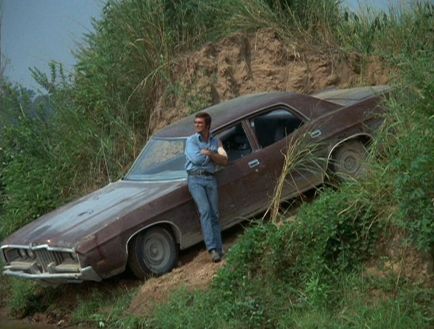 American South. One man who truly had a fondness for these kinds of films was the late actor Burt Reynolds who seemed tailor made for the reckless, charming, good ol’ boy roles these movies provided. One film of this ilk which he had a special fondness was the 1973 cult favorite White Lightning.

While serving time in an Arkansas prison for bootlegging, Gator McKlusky learns that his brother has been killed. Worse yet, this murder was carried out by the racist, bigot Sheriff JC Connors, in order to have a few less young hippies in his community.  Making a deal with federal authorities, Gator is released from prison as part of a sting to prove the sheriff is making a profit off the bootlegging business.  Despite what he may have told the feds, Gator has no plans to see Connors in jail, instead he wants him in a bodybag. The charming outlaw is given a suped-up car and partnered with local stock car driver Dude Watson and whiskey runner Roy Boone. During the course of their operation to bait the sheriff, Gator’s charm and utter coolness proves too much for Boone’s girlfriend and the two kick off an affair. Understandably, this complicates the plan especially when Sheriff Connors comes looking for Gator. 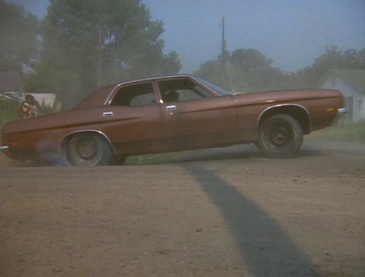 Just to go ahead and set it in stone, if you do not like kick-ass car chases in your movies this is one you may want to skip. Thanks to some slick second unit work and skilled driving from Burt Reynolds’ friend and stunt double Hal Needham, this car chases in this movie are spectacular. The vehicles move at a break neck speed, yet everything is smooth and concise. It is said that around sixty cars were smashed or totaled during production, but it was a small price to pay for creating the defining element of White Lightning.

Originally White Lightning was to be directed by a young Steven Spielberg who headed up a few months of pre-production before dropping out. Stepping into the director’s chair Joseph Sargent who was establishing himself as a gifted director when handling hard-biting but topical films. He truly took advantage of the backwoods of Arkansas to give his film a great deal of authenticity. You can feel the southern humidity lingering in the air with every frame of film. The rural Arkansas community this film takes place in is definitely not a place for the weak and Sargent makes sure you know this. Burt Reynolds was already set as the leading man, but under Sargent’s direction the actor gave one of the best performances of his career. Void of the self-awareness which would become a 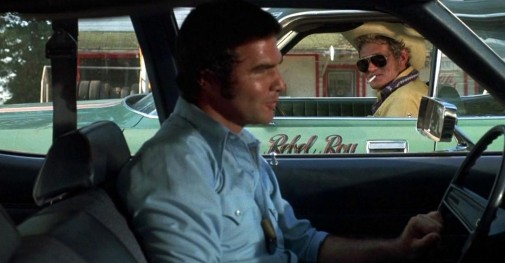 staple of his acting, Reynolds played it completely straight, no hamming it up just letting his natural easy-going charisma shine. At the behest of Reynolds Ned Beatty was cast as Sheriff Connors, at this point in his career Beatty was only really known for a memorably disturbing scene in Deliverance. But here he is a calm and calculating bully who sees himself as beyond the law, mainly because he is the law. The ensemble cast for White Lightning is incredibly underrated for the talent presented as they go a long way in setting the tone of the movie. Diane Ladd, along with a young Laura Dern, brings an interesting dynamic to the story and notorious movie tough RJ Armstrong is perfect as the sheriff’s muscle.

In 1976, Reynolds stepped into the director’s chair for the sequel Gator. This flick is messier than the original but fun, and feature Burt Reynolds with his iconic mustache. The film has become a favorite for people who love southern-fried cinema. It does not pander or exploit like many other hixploitation films, rather it takes advantage of the setting to tell a story which probably could not fit anywhere else. Without a doubt White Lightning features one of the best performances from Burt Reynolds’ storied career even if he is without his mustache.