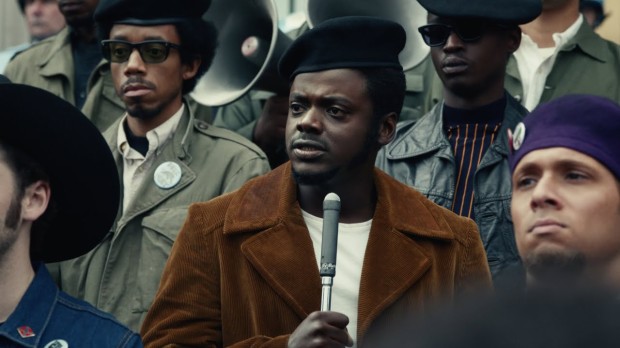 Plot: In the late 1960s, small-time crook Bill O’Neal (Laketih Stanfield) is recruited by FBI agent Roy Mitchell (Jesse Plemmons) to infiltrate the Chicago chapter of the Black Panther Party, led by the charismatic Fred Hampton (Daniel Kaluuya). As O’Neal grows closer to Hampton and ventures deeper into the Black Panther party, his mentality begins to evolve. Before long he finds his allegiances in question as Hampton’s fate spirals towards a final fatal end.

Review: When it comes to black stories being told on the big screen (or I guess mostly small screen lately because FU Covid), cinephiles and common filmgoers alike are witnessing some excellent tales. Whether it is Spike Lee’s BlackKklansman and Da 5 Bloods, Barry Jenkins If Beale Street Could Talk, HBO’s Watchmen, or Regina King’s One Night In Miami – these stories are out there just waiting to be enjoyed.

You can now add director Shaka King’s spectacular Judas and the Black Messiah to that list. Visceral, powerful, unapologetic, yet flowing with grace and authenticity, Judas is a powerhouse of a film whose themes and lessons echo still today. Led by a sensational performance from Kaluuya, King’s film details the life of a truly inspirational social activist who was brutally murdered by the FBI in 1969 at the age of twenty-one.

What I really respect about King’s film is how it really pulls back the veil on the Black Panther Party. The organization itself conjures up a plethora of emotions and preconceived notions. Yes, they were militant and yes they were armed and yes there were violent encounters with the police. (Judas depicts the last item in a truly harrowing scene where the Chicago chapter of the Black Panther party is bombed by the police.) However, the Blank Panther party did so much more than that. When Hampton isn’t talking about revolution at rallies, he’s spearheading breakfast programs for underprivileged youth, uniting rival gangs for social change, and creating the first multi-racial Rainbow Coalition. 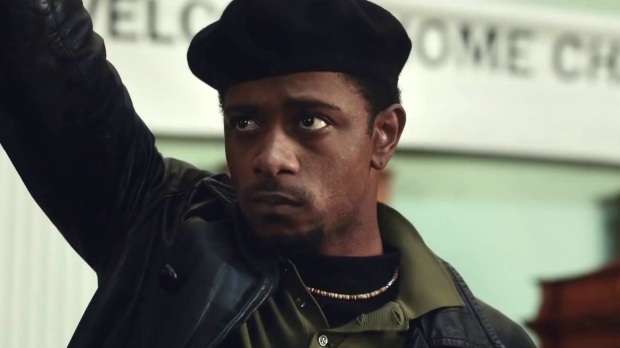 While Kaluuya and King do an excellent job showcasing Hampton’s charisma and vehement passion, they also take time to show Hampton in his quiet moments. This is specifically reflected through his romantic relationship with Deborah Johnson, played brilliantly by Dominque Fishback. Johnson proves to be Hampton’s anchor more often than not, especially when she reveals she’s pregnant with Hampton’s child. Their relationship is the emotional core of Judas and it makes the scene involving Hampton’s murder all the more devastating where rather than seeing the act itself, we see it through Fishback’s facial reactions. It’s a nice touch that’s reflective of Sean Bobbitt’s intimate and compelling cinematography.

What’s truly refreshing and enlightening is how relevant Hampton’s story is to today’s racial injustice in America. After Black Panther member Jimmy Palmer is shot by police, he subsequently “fails” to make it to another hospital while in police custody. In a rage, another Blank Panther member Jake Winters engages in a shootout with the police, killing several. While I do not condone murder you can understand the type of rage that generates because of systemic racism and oppression. A subsequent scene where Hampton sits down with Winters’ mother is particularly heartbreaking, as she laments that the papers now depict him only as a cop killer when he was so much more. It’s hard not to liken that to what’s going on today when black men and women are statistically more likely to be killed by police than white people, and where the press and members of law enforcement try to justify it in a variety of disingenuous ways.

Lakeith Stanfield, not surprisingly, once again delivers another solid performance. Despite the film’s title, rather than paint O’Neal as merely a traitor to the cause, King and Stanfield add nuance and real emotion to the character. You can see the toll his actions are taking on him, especially as he begins to believe in Hampton’s cause. In fact, he tries to quit several times but is ultimately undone by his own desire to save himself. While O’Neal isn’t blameless in this situation, it is easy to see how the FBI manipulated him, especially Jesse Plemons’s Roy Mitchell. However, even Mitchell’s moral center is shaken when J. Edgar Hoover (Martin Sheen) states in no uncertain terms that Hampton is to be eliminated.

Sheen’s Hoover is really the only part of Judas and the Black Messiah that I took issue with. Martin Sheen’s prosthetic makeup as Hoover is truly awful. His part also serves as nothing more than a nefarious caricature that demonstrates how diabolical Hoover actually was. (Something anyone with even a passing association with American history already knows.) They could have excised him from the movie completely and it would have been just fine.

On the whole, Judas and the Black Messiah is a powerful, visceral, captivating, and thought-provoking film that I can’t recommend enough. It’s truly an incredible sophomore effort from Shaka King and I cannot wait to see what he does next.

Judas and the Black Messiah rates: 9/10 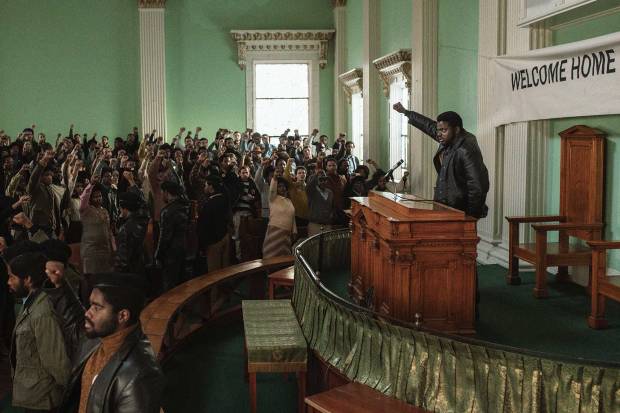