It occurs to me as I reread the first part of this series about comedy that I should make a few things clear. 1. My choices are definitely going to skew to more modern films. I didn’t do that on purpose, but I am a younger guy. 2. This is an end-all, be-all list. I decided not to rank them into a 10-5 item list, I just spotlit a few for each award.

That said horror is yet another genre that is constantly ignored by the Academy. Not to say they haven’t ever appreciated it. Silence of the Lambs is one of the few movies to get an award in every major category (Best Screenplay, Best Actress, Best Actor, Best Director, and Best Picture). Some might argue that it is more of a thriller than a horror, but I feel like it is splitting hair. I’m willing to appreciate Silence of the Lamb’s win because it makes it sting less.

Best Screenplay – Shaun of the Dead

Shaun of the Dead is written by cinephiles and horror super fans Simon Pegg and Edgar Wright, who are also the movie’s star and director respectfully. Shaun of the Dead is kind of a weird movie because so many people are willing to write it off as a spoof. Or rather willing to accept it as an actual funny spoof. On the contrary, the horror elements of Shaun of the Dead are genuinely effective moments. The laughs are very natural. They come from the chemistry of the cast as well as the inherent slapstick that comes with zombies. The fear of the horror is not sacrificed for the laughs of the comedy, and vice versa. The script is fine tuned in this respect.

Anyone who has seen The Mist can tell you just how insufferable and downright detestable the character of Mrs. Carmody is. This is in thanks in no small part to actress Marcia Gay Harden, a great character actor who has actually already won an Oscar for her role in Pollack.  The movie follows a group of townspeople who are stuck in a market after a monster-filled mist engulfs their town. She is a very proper Southern-fried spinster who in any other movie might prove to be a sweeter person than she everyone thinks she is. Here, shit hits the fan and her Bible-thumping hate-monger rears her ugly head instead. It is a strategic performance. She is a plague. The more people she infects, the louder and more disturbed she reveals herself to be. It is right up there with Christop Waltz as Col. Hans Landa. 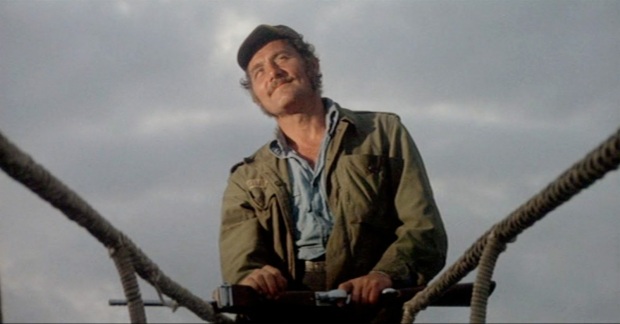 Jaws had a decent showing at the Academy Awards winning all but one of the awards they were nominated for. Unfortunately, the one they lost was Best Picture. Fortunately, it was to One Flew Over the Cuckoo’s Nest so it’s kind of hard to argue. One of the categories Jaws didn’t get nominated in was Best Supporting Actor which is almost unbelievable considering Robert Shaw gave created one of the most indelible characters to ever grace the screen. If all Robert Shaw did in the movie was deliver the Indianapolis speech, he would still deserve it. That year Shaw was eligible Chris Sarandon was nominated in the same category for Dog Day Afternoon, which I barely remember him from.

First of all, let me just say if you haven’t seen this Spanish language ghost story, please do yourself a favor, and go find it. It is truly outstanding. It is a movie that embraces and delivers true terror, not just gross out “horror.” Rueda plays a character who has a traumatic past and is currently going through a traumatic present. Her past weighs down on her shoulders and infers her character’s personality and behavior from the get-go. As the film progresses, it throws a lot of wrenches into the gears. Rueda goes through many different emotions all motivated by her own denial grasping for answers that will in some way sate her catharsis. It is a powerful performance marked by unsettling restraint; the kind of restraint that looks like it is always about to pop. 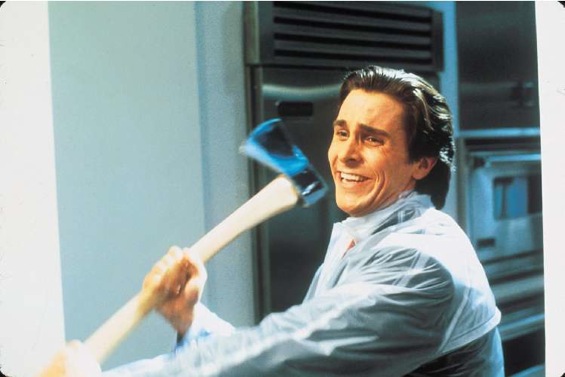 Christian Bale’s performance in American Psycho reminds me of that Superman quote from Kill Bill. “Clark Kent is Superman’s critique on the whole human race.” I don’t particularly agree with that, but it applies here much more. Christian Bale plays Patrick Bateman, an extremely disturbed human being who just desperately wants to fit in. Most of the time, he is a very cornball version of a 80s yuppie but only because he thinks that is normal. Behind closed doors though, Bale doesn’t hold back at all. That same restraint that looks like it is about to boil over that Rueda has in The Orphange, Bale has the same thing except he boils over on a more than occasional basis.

Best Picture – Dawn of the Dead

Dawn of the Dead is one of my favorite horror movies of all time. The second in a series of movies, George Romero redefines the genre that he had just started. Dawn of the Dead is chock full of social commentary about our over-confidence in security and our obsessive consumerism. On top of that it is a truly horrifying thrill ride where a small group of empathetic heroes find themselves against an ever growing horde of walking dead, a veritable population of respawning red shirts that make everything seem so hopeless.

Stay tuned for the third and final part of Oscar worthiness when I look at 6 Science Fiction movies.