My Growing Astonishment at ’50 Shades of Grey’

Whenever I walk past a bookshop I impulsively pop my head in the door to see what the new releases and best sellers are. Lately there’s been a trend. A couple of spots in the top ten will be taken up by the awesome The Hunger Games, a few more will be taken up by the epically legendary The Song of Ice and Fire books and there’s usually a James Patterson book because I guess some people still read that dross. For several weeks now the top spot has occupied by something else. A rather drab looking tome called Fifty Shades of Grey.

I’ve got no idea what this book is, except that it seems to be an increasingly awkwardly titled series of books and everyone assumes everyone else has read it. Its title gets dropped in articles all over the place, it’s getting made fun of on memebase and hotels are selling themed package deals. Whenever something strikes a chord in the zeitgeist I feel compelled to check it out. In part it’s because my job concerns studying pop culture, because it’s part of my hobby and because I’m the curious type. I would’ve bought it and read it but I spent my entire weeks pay buying Lego on ebay. So instead I went to what one colleague described as “the font of all human knowledge”: wikipedia.

Set largely in Seattle, it is the first instalment (sic) in a trilogy that traces the deepening relationship between college graduate Anastasia Steele and a young business magnate, Christian Grey.

‘Anastasia Steele’ and ‘Christian Grey’? How is it plausible that two people with such silly names have encountered each other? It seems that this isn’t so much a work of literature but a novelization of a daytime soap.

The plot traces the relationship between recent college graduate Anastasia Steele and manipulative billionaire Christian Grey. Steele is required by Grey to sign a contract allowing him complete control over her life as well as a non-disclosure agreement, something that he’s required from all of his previous submissives.

Ok, I’m already starting to be a little astonished by how silly this sounds. Steele is required to a sign a life contract? Who? What? Why? What the hell is a life contract and why would she sign one? People enjoying this book clearly have a double dose of suspension of disbelief.

“And now I own your vagina.”

Upon learning that she is a virgin, Grey agrees to have sex with her in order to prepare her for later encounters, fully intending that the contract would be signed.

Wow, is it that easy? “Fine, I’ll deflower with you…know get of my back.” 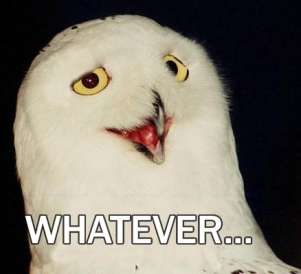 …with who Christian wants her to be, his submissive and a to-do-with-as-he-pleases partner in his “Red Room of Pain”.

I think I saw that in Twin Peaks.

I wonder if the midget is still there?

The Fifty Shades trilogy was developed from a Twilight fan fiction originally titled Master of the Universe and published episodically on fan-fiction websites under the pen name “Snowqueens Icedragon.”

Are they fucking serious? There must be hundreds is not thousands of talented authors struggling to get a publisher to notice them and some dickhead from a fanfiction forum is getting their work published. I can’t even imagine how this came around. Was a major publisher actually reading fanfiction of ‘Twilight’ looking for new ideas? A person calling themselves ‘Snowqueens Icedragon’ (suddenly Anastasia Steele and Christian Grey don’t seem to bad) came up with the idea of rewriting Twilight (in itself not a terrible concept) as bondage porn and posting it on the internet. They got so dedicated to this idea that they write an entire three novels of this crap and set up a dedicated web address to house them.

Not that this in itself is an odd thing. In the world of the internet the term ‘furry’ is commonplace. The internet has given rise to the Brony phenomenon. Hell, even this crappy website has a small but totally awesome band of followers. The internet is an endless void that would make an infinite number of monkeys with an infinite number of typewriters look limited. Enough space now exists for anything to exist. Even Nyan Cat.

This is where book publishers are sourcing their material.

So how in the sweetness fuckness did this lunacy break out of the web and get itself published! If the world had run out of ideas for new books and started getting desperate for new material I could understand this. But I know for a FACT that there is better material than this looking for a publisher!

Without having read the book the plot summary takes one of the easiest criticisms ofTwilight – the depiction of women in relationships – and makes it even more awful. I’m more disturbed that so many people are getting into this series. Supporting it feels like you’re supporting abusive relationships. There’s certainly a big difference between a submissive, yet consensual, relationship and downright abuse – and this sounds like abuse.

Not that I’m going to read the books. They’re Twilight fan fiction. Seriously, the fuck is that?

This is as much as crap as I can publish at this time without balancing things out with something awesome. And there’s only one thing awesome enough to balance out Twilight Fanfic… 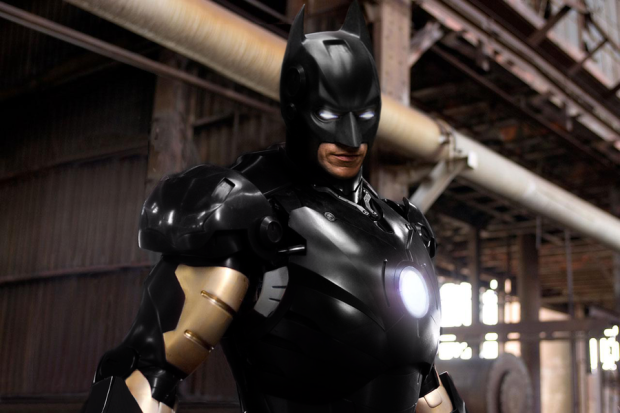 4 thoughts on “My Growing Astonishment at ’50 Shades of Grey’”