15 Underrated Actors from the British Isles

There are many talented actors from England, Ireland, and Scotland that have made a name for themselves in their homeland but have yet to break into super-stardom overseas and in America. Below are 15 actors from the British Isles that I believe deserve more recognition than they currently get. 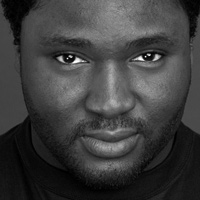 Nonso Anozie can still be considered up-and-coming. He’s not quite a familiar face but he plays the fun yet badass sidekick pretty well, as evident in 2011’s Conan: The Barbarian. Not to mention his role in Game of Thrones left audiences thoroughly intrigued. Anonzie can only go up from here. 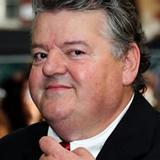 Credits: The Harry Potter series, From Hell, Goldeneye, The World Is Not Enough, Oceans Twelve

Robbie Coltrane plays one of the most loved characters in history, Hagrid in the Harry Potter series. He’s also done much, much more. He’s a familiar face to Bond fans and has been making appearances in movies of all genres for a while now. However, it’s safe to say Robbie will always be most loved for being the perfect Hagrid.

To Buffy fans, he’s Rupert Giles, one of the most cherished characters in Geekdom. To Merlin fans, he’s Arthur’s exasperating father Uther. To many others, he’s that British guy that looks familiar. Head’s mild-mannered Giles is so different from his tough-as-nails King Uther that it took a little getting used to for fans. Maybe after Merlin he can try to break into some more high profile movie roles.

Timothy Spall is a character actor if ever there was one. You’ll recognize his face but probably won’t know his name. He shows up quite frequently in Tim Burton movies and as other oddball characters ranging from evil to silly. Like many talented character actors, Spall will more than likely leave a legacy but not a name.

In 2006 Jonas Armstrong took the role of Robin Hood and made it his own. He brought a youthful fun attitude to the already established hero while still providing the emotional distress needed to create the character. He was also the best part of some crappy horror movies like Rage of the Yeti and Book of Blood. 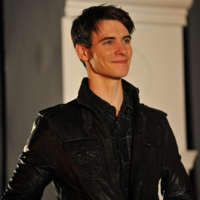 Harry Lloyd as Dany’s evil brother on GOT was so opposite from Harry Lloyd as one of Robin’s merry men that it’s hard to think of them as the same person. As an actor he is the master of disguise, completely wrapping himself in the character and doing a darn good job of it. I can’t wait to see what personality he tackles next. 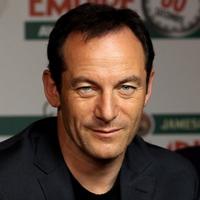 Jason Issacs is so good at being bad. He’s portrayed some of the most villainous characters on screen including a British general, a Death Eater, Captain Hook, and even the voice of Ra’s al Ghul. His talents go much farther than that however, and no matter how many loyal fans love him, he is still waiting for the big-name break.

Mark Addy was born to play a King and he did just that when he took over the role of Robert Baratheon in Game of Thrones. I’m sure there were many who recognized his face from other films where he usually plays smaller, but very important characters. He’s a personality that can’t be beat.

Richard Armitage has one of those brooding, handsome faces that make him perfect to play the loveable bad guy. He owned his role as Guy of Gisborne on BBC’s Robin Hood and was more memorable than he should have been in his small Captain America role. His role of Thorin in both The Hobbit films is just what needs to give him a push into the limelight. 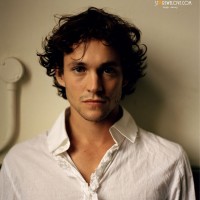 Hugh definitely deserved more credit for his stunning performance as a man with Asperger’s Syndrome in 2009’s Adam. With that movie, along with others like Daniel Deronda, he proves he can be more than just the dreamy British guy he plays in movies like The Jane Austen Book Club and Ella Enchanted.

Credits:  The Thing, The Mummy Returns, G.I. Joe: The Rise of Cobra, Lost, The Bourne Identity

Triple A, as his fans affectionately call him, is known for playing action-based characters. While his characters may not usually be the leads, he still tends to steal the show. Adewale deserves a powerful starring role of his own.  His talent for accents is top-notch and no matter what nationality he is playing, Adewale is always strong presence.

Anyone who has seen The Devil’s Double can agree that Cooper was overlooked during award season. His talent was on full display as he tackled two very different roles in one movie. He’s also played the debonair Howard Stark in Captain America and the diligent boyfriend in the musical Mama Mia. Cooper has supporting roles in many acclaimed films but hopefully he’ll seen be recognized as the leading man he is.

James Purefoy is nothing if not charismatic. He played one of the most alluring men in history with his spectacular performance as Mark Antony in HBO’s Rome. He’s good at playing handsome royalty as well as a range of other sorts of characters including Shakespeare. He’s one role away from some serious recognition.

Credits: Queen of the Damned, League of Extraordinary Gentlemen, Head in the Clouds, Chaos Theory

While Stuart may be most known for his less-than stellar movies like League of Extraordinary Gentlemen and Queen of the Damned (or for being Charlize Theron’s main squeeze) his talents far exceed what many know about. His performances in Head in the Clouds and Trapped are plenty memorable and his turn as director for Battle in Seattle produced amazing results. I look forward to seeing more from him, both acting and directing. 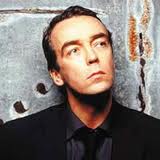 John Hannah’s performance in Spartacus was a tour de force that deserved much more praise than it was given. His crazy character of Batiatus was a far cry from the lovable Jonathan he played in The Mummy series, which is a testament to his wide range and amazing skill as an actor. He has a super long IMDB page and hopefully soon he’ll win an Oscar for a role because he sure deserves it.

← 10 Reasons Why We’re Hyped for ‘The Dark Knight Rises’
‘The League of Extraordinary Gentlemen: Century 2009’ Review →

7 thoughts on “15 Underrated Actors from the British Isles”