One Year Later: Best NEW Characters of the New 52

Exoristos, which means “Exiled,” is an Amazon warrior who is as you could guess exiled from Themyscira. She roams the world during the days of swords and sandals until she comes across a walled city in the Demon Knights series. While at a pub, the city is attacked by a horde of warriors and dragons sent out by the Questing Queen. Exoristos, along with some other warriors who happen to be in the pub at the time, band together to protect the city and defeat the horde. I feel like I am becoming a broken record with these strong female characters who are finally popping up in comics more often, but Exoristos is the poster child for this kind of change. She is strong both physically and intellectually. She believes that anything men can do, she can do as good. She believe any woman can really. This leads to the death of young girl who was inspired by her preachings. This hangs heavy around Exoristos’ neck challenging her viewpoints and creating some truly excellent characterization, the kind of fast-paced character development that has made Demon Knights such a great book.

Nina was first created as a member of the Creature Commandos during Flashpoint, the event/miniseries that sparked the DC reboot, where she remained as an ally to Frankenstein. Nina is the daughter of a scientist. When she was younger, her lungs were ravaged by an illness, so her father did experiments on her transforming her into an amphibious creature. She now needs a reverse scuba system to breathe while on land. She seems to have inherited her father’s love of science and is a competent doctor. As a member of the new Creature Commandos, working as agents for S.H.A.D.E., she has followed Frankenstein in to many battles. She is your text book example of someone who is granted superhuman gifts but who seems hesitant to become a hero. She is not a fighter in the traditional sense, but she learns over the course of the year a sense of perseverance and camaraderie she didn’t have when she first joined the team. Meanwhile, with Frankenstein’s advances being spurned by The Bride, Nina seems to be developing feelings for him.

Socks is one of the strangest new characters. He was one of the former Avatars of the Red. When Animal Man (who is actually the guardian of the Avatar of the Red) and Animal Man’s daughter, Maxine (the true Avatar of the Red) traveled into the Life Web, they met Socks who decided to join them in their fight against The Rot. He is pretty funny in a dry way, but he is also filled with plenty of sage wisdom. Plus, because Maxine is still adapting to her new powers, Socks can help them track The Rot. 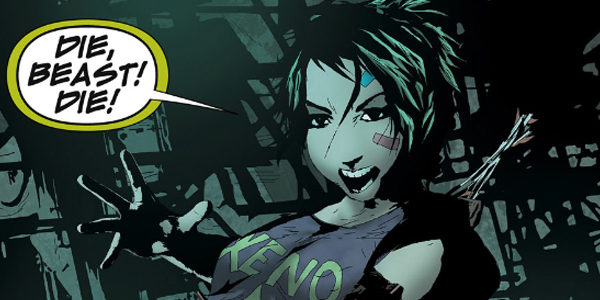 Tig is a young punk who survived Mary, Queen of Blood’s attack on Boston. When I, Vampire protagonist, Andrew Bennett showed up looking for survivors in Boston, she damn near killed him for being a vampire. She reluctantly joins his crusade due to Andrew’s human ally, John Troughton talking her down. She has the skills to get by in a near-apocalyptic vampire world, but her brashness is constantly getting in the way of her competence, especially when she accidentally ups the ante in favor of the vampires. 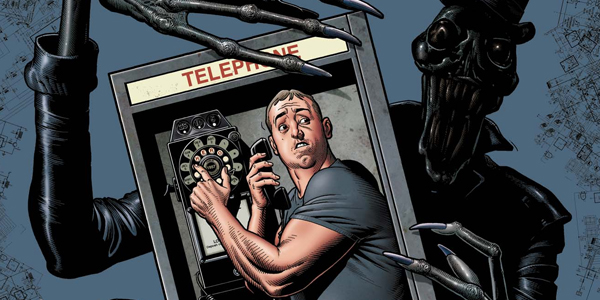 Dial H is only a few issues in. It wasn’t one of the premiere books, but it is already one of my favorites. It puts the classic H-Dial, that turns average people into random superhumans, into the hands of a brand new character, named Nelson. Nelson is an overweight smoker who suffered a heart attack before he was 30. He is ill-tempered and set in his ways. He hates to listen to advice about how he could or should get his life together. One such friend he mouthed off to ended up getting beaten up right outside Nelson’s apartment. When he tries to call the police, his fat fingers end up dialing H-E-R-O turning him into a strange superhero. Nelson eventually finds himself digging deeper into his friend’s employers who end up being super criminals. 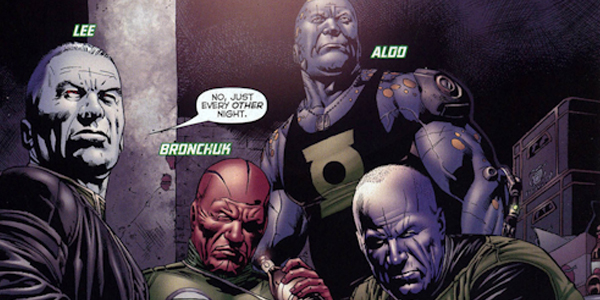 Ever hear of The Dirty Dozen. Maybe that might be too old a reference for you. How about the Inglourious Basterds. Well, meet the toughest members of the Green Lantern Corps, collectively called the Mean Machine. They are a quartet of grizzled war verterans who helped themselves to the basement of Guy Gardner’s Oan bar, Warriors, without Garnder’s permission. Guy enlisted their help to fight the genocidal Keepers who were able to weaponize their willpower thus rendering the GL’s rings useless against them. Guy along with the Mean Machine and a small group of other Lanterns went after them with some primitive projectile weapons (guns, basically). I really hope they aren’t forgotten about as the story moves forward. The Green Lantern Corps could use those cynical, experienced war vet archetypes in their ranks.

Lennox is the illegitimate son of Zeus, which grants him stone like skin and the ability to listen to the wind. Apparently, the wind gives him information and advice that no one else can hear. He became aware of these powers during WWII when he survived a German blitzkrieg. It also makes him Wonder Woman’s half-brother, and he feels an obligated sense of loyalty toward her. He looks and acts like your regular cockney thug from a Guy Ritchie movie. He wears sweatsuits and trenchcoats. He has a penchant for cigarettes and one-liners, but he is seemingly more heroic than most of the selfish Brit crime blokes. He has so far non-reluctantly followed Wonder Woman through the many ranks of the Greek pantheon and doesn’t show any evidence of slowing down. 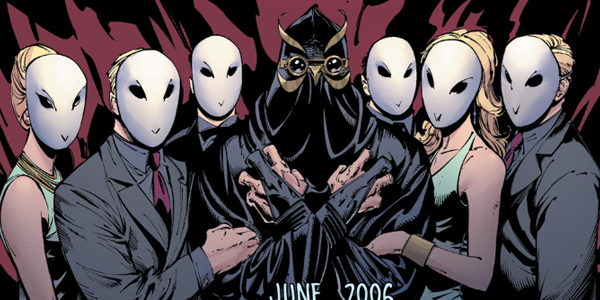 The Court of Owls is the subject of a traditional Gotham nursery rhyme, but that was only part of the mythology. They are actually a long running clandestine organization that goes to great lengths to keep Gotham clean and advantageous to its ranks. They are a secret group of affluent people who over time inherit a group of immortal assassins, known as Talons, that they send out into the city to take out the people that threaten to ruin their quality of life. They are easily Batman’s greatest foe yet. They have the talent and numbers of the League of Assassins and the personal association with Gotham that rivals that of Bruce.

When we first meet Harper, she is a mysterious girl who is saving Batman from an underground river after he had escaped the Court of Owl’s Maze. She pulls him into the back of her van and jumpstarts his heart with a car battery and jumper cables. When Batman comes to, he recognizes Harper and implies that he has told her to back off and not help him anymore. It wasn’t until issue 12 that writer Scott Snyder shed any light on who she was. Harper is the sister of a gay teen. One day, the two were jumped by some bullies who were ultimately stopped by Batman. Harper developed a fascination with Batman and used her hacker ways to figure out how Batman was able to control the city’s infrastructure. Harper is a cool new character. She is like a punk rock MacGuyver and an un-uniformed Robin rolled into one. 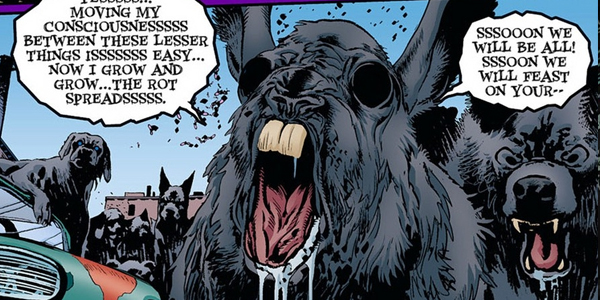 The Rot is probably the best thing to come out of DC Comics in a long time. The Rot is a force of nature, in fact it is the force of the opposite of nature. It represents all the death and decay in the world , and serves as an equalizer to The Green and The Red. Like the Green and Red, it has its own champion, William Arcane. William is the brother of Abby Arcane, Swamp Thing’s lover, and he is trying to get control of The Rot to tip the scales for The Rot. Thanks to experienced horror writers Jeff Lemire and Scott Snyder, they are effectively turning The Rot into one of the most horrifying villains in the industry.

← The 4 Reasons ‘The Hunger Games’ Trilogy Will Disappoint
Movie Review: A Bag of Hammers →

2 thoughts on “One Year Later: Best NEW Characters of the New 52”