Caleb was a servant and enforcer of The First Evil. He was a misogynistic defrocked preacher and serial killer with psychic abilities who could merge with The First and gain superhuman powers for small amounts of time. The scariest part about Caleb is that he’s not all that far off from some people who really do exist in our world.

“You girls are just burning with righteousness, aren’t you? Problem is, you think they’re blazing like suns, when really you’re matchsticks in the face of the darkness.”
―Caleb

10. Peter Clarner (Beauty and the Beasts)

Pete was just a regular Sunnydale student until he started taking a special homemade potion to make himself stronger and more attractive to his girlfriend Debbie. After a while he started to turn into a monster (physically and behaviorally) whenever he got angry, which was apparently a lot.

“You know you shouldn’t make me mad. You know what happens.”
―Pete 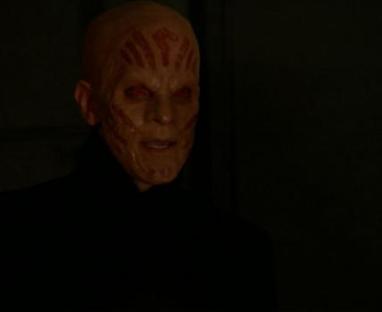 Ken was not only a demon that looked like Freddy Kruger but he was a sort of cult-leader that enslaved young runaways until they aged at an incredible rate and died. Never trust the charismatic ones.

“What is Hell, but the total absence of Hope? The substance, the tactile proof of despair?”
―Ken

What’s worse than a bloodthirsty vampire? One who used to be a psychotic serial killer. In this episode Buffy was left without her slayer powers to fight this hulking crazy mess. He even killed and ate his own mother.

“I have a problem with mothers. I’m aware of that”
―Zachary Kralik 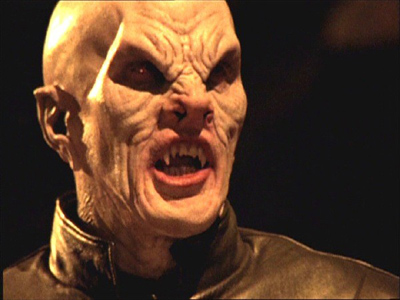 One of the most ancient and powerful vampires, The Master was Buffy’s arch nemesis in Season 1 and like any bad guys worth their salt, his goal was to bring about the end of the world. He was wrinkly, gross and more powerful than Buffy, which was the scariest part of all.

“Nobody died…what’s the fun in burying someone who’s already dead?”
―The Master

Gnarl was yet another resident demon of Sunnydale. He fed on human skin and blood by flaying them alive. At one point he paralyzed Willow and began to nom on her stomach. He taunted his victims like a child and then ate them alive.

“They were here. Here they were. And there they went. Gone, all gone, what a pretty song. They sealed you in with me. I love a gifty. Can’t wait to unwrap it.”
―Gnarl

The Ugly Man was a manifestation of the fears of a young boy who had been badly beaten by his little league coach. He was the Michael Myers or Jason Voorhees of BTVS, a silent, hulking killer that never stopped his pursuit.

Der Kinderstod was a demon that sucked the life out of sick children and, being invisible to adults, no one suspected a thing. The worst part is that he killed by extending his eyeballs onto some poor unsuspecting child and sucking them dry.

“The name means “child death”. This book says he feeds off of children by sucking the life out of them. Ugh! But anyway, afterwards, it looks like they died because they were sick.”
―Cordelia

After everyone’s nightmares start coming true the Scooby Gang were faced with their greatest fears and for Xander, it was an absolutely terrifying knife-wielding clown. Seriously, is there anything worse than an evil clown? 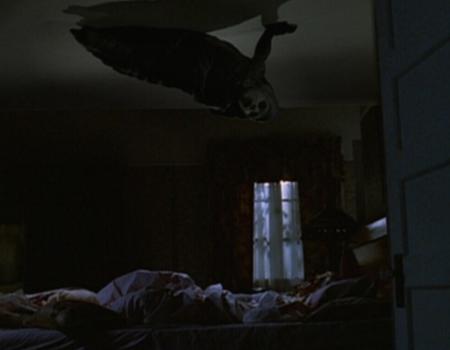 These meteorite-dwelling aliens were summoned to Earth to eliminate the “insane” members of society by choking them with their nasty spit. The image of this extraterrestrial hanging on the ceiling above Joyce is forever burned into my brain.

These super creepy demons were perhaps the scariest thing to come out of BTVS. They stole Sunnydale’s collective voice and went out cutting out hearts from unsuspecting college kids. Their wide grins and creepy “gentlemanly” manner coupled with the footmen in straitjackets make these guys the #1 creature we wouldn’t want to come up against in the BTVS universe.

“Can’t even shout.
Can’t even cry.
The Gentlemen are coming by.
Looking in windows,
knocking on doors…
They need to take seven
and they might take yours…
Can’t call to mom.
Can’t say a word.
You’re gonna die screaming
but you won’t be heard.”