Why iOS Games Aren’t Worth Buying Any More

For a while things were looking really good. We had this great new interface with which to play games and the hardware had reached a point where the presentation was none to shabby. Best of all the games designers were taking the chance to produce more artistic works rather than a dozen CoD clones. With the average game costing a whopping 99c things were looking up.

It didn’t last long. Game developers like Pop-Cap quickly showed the world how easy it was to rope in millions of players with games that could be created overnight through addictive gameplay, Zynga learned how to spam facebook and Smurf Village demonstrated the best way to wring extra money out of ‘free’ games. Now all games fall in to a very small number of categories. Let’s take a look… 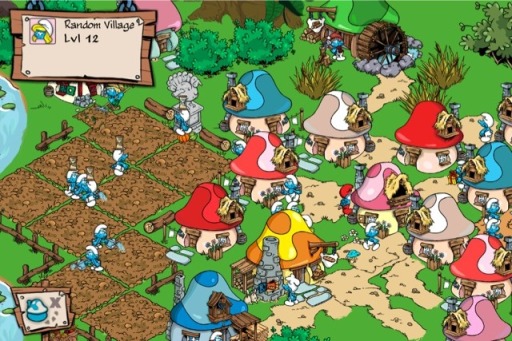 Long time readers may remember a slightly psychotic rant I had when reviewing The Simpsons: Tapped Out as the worst example of this type of game design. Smurf Village was the first game to really pull in the big bucks, and Tiny Tower was the first to do it for players over the age of 3.

The concept is simple. You download a free game that lets you build your own village. There are hundreds of variations from dragons to Vikings to the Finding Nemo reef and the classic Theme Park. EA have been quick to jump on the bandwagon with their huge array of licenses. Once you start the game you find that it has two different currencies – one that you obtain easily through the game and buy the basics and one that you rarely find in the game but need to buy the really good swag. Oh, but you can use your real money to buy the rare currency.

Two of the biggest earning games last year were The Simpsons: Tapped Out and Viking Village. They were both free to play. Can you see why there’s so many out there? No matter how many hours you put in to the game they are specifically designed to keep the good stuff behind a velvet rope unless you pony up the cash. Many will give you bonuses if you spam your friends into getting the game as well, but nobody wants to be that dickish.

As Sim City, Theme Park and others have proven that genre is going to sell and sell well, but the greedy bastards who decided to wring dollars out of players have ruined these games.

If You’re Going to Play One: Personal favourite in this genre is Jurassic Park: Builder. If you’re going to build a village it might as well have dinosaurs in it. Most of the contend is available in the game without the second currency, so you can get some decent play time out of it. 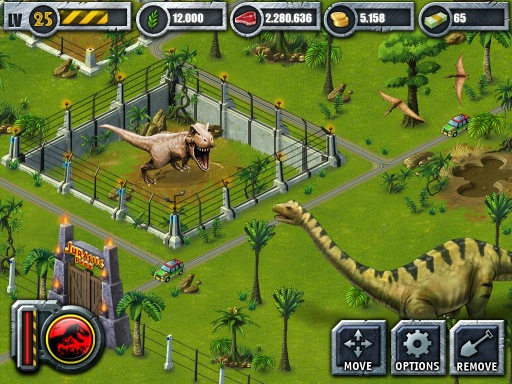 The ‘Zynga Spam Your Friends’ Model

Zynga is a company that took the casual game crown from Pop-Cap when they found that a Facebook app will make up for any actual originality. The development process involves heading to the toyshop and finding a board game to rip off. Then they get you to spam the living hell out your friend’s social media pages until curiosity gets the better of them and they give it a try.

If You’re Going to Play One: I was going to say none, because we don’t want to continue the spamming of Facebook. But You Don’t Know Jack is worthwhile because it requires some degree of grey matter.

The ‘Run the Fuck Away’ Game

Way back in the day World Runner briefly sparked a mini-genre of games where the player runs towards some point in the distance. Temple Run became the first of a bajillion touchscreen revisits of the concept. Gamers swipe up and down to jump and slide, left and right to turn and tilt to move across the path. You collect gems that you use to buy skins and bonuses but as usual they require stupid amounts of playtime to unlock unless you drop the cash.

In addition to a direct sequel Temple Run also turned out a tie-in to Pixar’s Brave. Copycats game fast and thick with Agent Dash and Subway Surfer being among the most popular. Attempts to mix up the formula have been shallow and flawed. Agent Dash cluttered the screen with so many visuals that the obstacles frequently get lost in the mayhem while Subway Surfer added the multi-track design but dropped corners in exchange.

Sometimes the designers like to flip things on its side and make them horizontal like Gravity Rush, Rock Runners and Jetpack Joyride, but it’s the same formula. They’re all repetitive time kills that will entertain for a while…just don’t drop the cash.

If You’re Going to Play One: Remake of Activision old, old, old school classic Pitfall wins out for being colourful and fun with a steady progression of challenges and plenty of different obstacles.

Without a doubt Angry Birds is the first bona-fide smash hit on the iOS, having crossed over into other systems, churned out dozens of add-ons, spin-offs and tie-ins and enough merchandise to fill several landfills. As expected the market was slammed with imitations of dubious quality. There’s been so many of such forgettable quality that…I don’t really remember them.

Ice Smash (?) involved throwing bombs at a block of ice, Burn the Rope, that one about saving oranges, Cut the Rope, Where’s My Water?…they were all the same. Multiple levels that require you to solve some kind of physics based puzzle, usually destroying something, and getting a up to three stars for your effort.

Easily updated with new content without actually developing any, and with the kind of mechanics that can be put together over a weekend.

If You’re Going to Play One: Angry Birds Space is arguably the most interesting use of simple physics. Unlike many of the others it does pose a real challenge from time to time.

Since Columns the idea of a colour matching game has been a regular in gaming circles. When game developers hurried into the new market they weren’t in it to set the world of gaming innovation aflame but spin a quick buck. As a result we got flooded with shallow, colourful, easy to play games that amount to little more than lining up the right colours in the right place.

This premise barely qualifies as a video game, and there’s very little to distinguish one title from the other beyond the tacky gimmick.

If You’re Going to Play One: Puzzle Quest 2 is the clear winner here. It’s an RPG game that swaps out typical battles for colour matching puzzles. The puzzles are challenging and the gameplay is original. 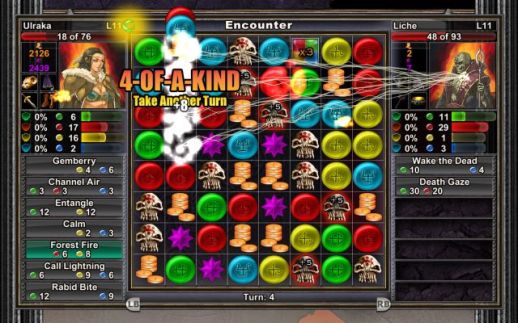 Touch screens have opened up a method of control. Swipe, tap and guide…or in some cases, tap. Tap and tap and tap and christ almighty this game has all the complexity of a DVD remote. Sometimes they come in the form of rhythm games trying to piggy back the Rock Band fad. Other times they have you running a restaurant or hotel or other business and make you frantically tap to stop the customers from making frowny faces. When there’s a good pace going they’re plenty of fun but don’t expect that fun to last for long. Eventually you descend into a spastic flail as you try and keep up, and wind up with a smudged screen.

If You’re Going to Play One: Tap Tap is pretty much considered to be the best option in this meagre genre. Sadly the music options are…pathetic. So get the version with tracks by The Muppets.