The Future Is Now: Thoughts on the next generation of home consoles

I’ve been a console gamer since I was a kid. When I was eight our neighbour gave us her own children’s Atari 2600 – they’d grown and moved out and she wanted it to see some use – and a huge trough of games to play on it. I never had a computer growing up, in Perth of the 1980s and 1990s home computers were a rare, foreign thing to me. I didn’t have my own computer until my first uni degree, whereby one was built for me as a gift. It served the dual function of getting me through classes and exposing me to PC games for the first time.

Okay maybe not the first time. I have a vague recollection of playing Wolfenstein 3D at lunch in high school. I didn’t have the internet at home though until like 2004.

Anyway. My experience with gaming has always been console centric, even after owning a computer for many years now. Prior to embracing the dark side and migrating to Apple (a decision I have never once regretted) I had a laptop which on good days wouldn’t play much. So I took refuge in the world of consoles and this never bothered me. For one, it’s rare these days that a major game release is a PC exclusive, and secondly when you buy a console game it just sort of works. Okay maybe less so in the modern era of release day patches but what I mean is that one doesn’t, with a console game, have to take into account system specs like one does with PC gaming. You buy it for the console you own, and it runs. Done and dusted.

This most recent generation (which the bastion of all knowledge Google tells me is the seventh) was the first time since becoming an adult I didn’t own the consoles from all three major companies – Sony, Microsoft and Nintendo. Although I was an early adopter of the Wii I rapidly lost interest in it, and found nothing I wanted to play on it after my completion of Mario Kart Wii. A long standing 360 fan, I’ve recently moved to playing much more on my PS3 than on my Xbox. It’s used as my base bluray player (I refuse to buy DVDs like some peasant from 2003) and for the most part I keep my gaming to it, saving the Microsoft machine for exclusives like Halo, and well Halo. I got bored with Gears of War half way through the second game.

Now though, we have a new generation. Begun with the WiiU, a console which holds about as much interest to me as does taping a cat to my face and enjoying the flailing of its clawed limbs, Generation Eight will be marked this year by the release of both the Playstation 4 and the very recently unveiled Xbox One. 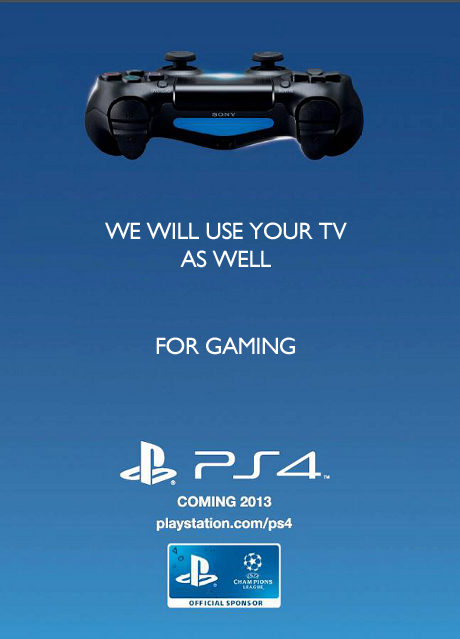 The PS4 is a natural progression from the PS3. Or maybe it is. I dunno, they still haven’t shown the fucking console. The games we’ve seen thus far though look pretty damn great: InFamous: Second Son, Killzone: Shadow Fall, The Witness and the game which has me personally drooling in anticipation, Watch_Dogs all look fucking stunning. 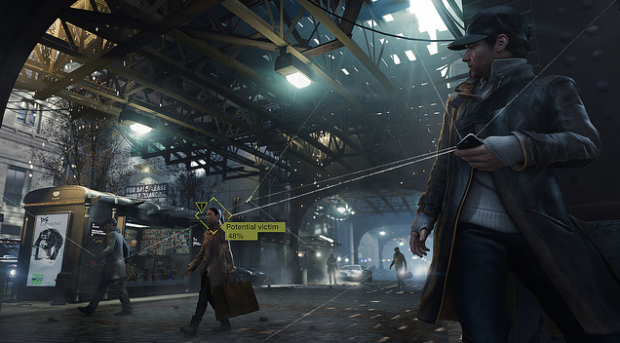 I’ve already decided I must have a PS4 for Watch_Dogs. I know it is being released also, and one presumes given the date of November 2013 first, on current generation consoles but those are, for lack of a better term, ports; inferior versions retrofitted to inferior hardware. The games are made for the next generation and will both look and play better on those consoles. So the decision there is made – a PS4 will be making its way into my home.

But what of the Xbox One? This here, is less certain. For the first time I am questioning whether I have a need for the Microsoft Monolith, much as I have decided upon zero need for the entrant by Nintendo. The launch, recently held and from which much information was received, showed us that the focus of Microsoft is, at least on the surface, appealing to the casual-frat-house gamer. Behold below this compilation of ‘highlights’ from the announcement. It’s a grim future for gamers indeed.

Sports, television, sports, Call of Doody, sports, television, TV and, not to be left out, sports. Now personally, the Call of Duty games do nothing for me and I couldn’t care less about the addition of a dog to the franchise. I think if that’s what you have to offer in way of innovation then you’ve gone past scraping the bottom of the barrel and are currently digging yourself a magnificent basement retreat. I also don’t care much for watching sports.

Sometimes I watch rugby and it isn’t for the scores, let’s just leave it at that.

So here we have the newest gaming console from Microsoft and one that devotes perhaps a tenth of the presentation to playing games. I don’t much care about the online thing, because it doesn’t effect me. I live in the first world and I have a decent, if admittedly not fabulous, internet connection. Connecting once a day won’t be a problem. I also don’t care much about the privacy concerns an always on Kinect supposedly raises. If Microsoft want to spy on me and watch me play games with my junk out such is their prerogative.

Take it off. Take it off slowly. That’s the stuff…

What has my interest diminishing is that there weren’t any announced games – none I couldn’t get on PS4 anyway, at any rate. The new Xbox One is, at present, offering me nothing I can’t get elsewhere and in this era of economic recession and my desire to spend $250 on a Darth Vader figure I have open in another browser tab perhaps my purchase of ‘all consoles from all three’ isn’t as much a sure thing as it was in the Xbox/PS2/Gamecube days.

I’ll be keeping a close eye on the developments of this. E3 is only a few weeks away and I have no doubt in my mind that Microsoft, along with Sony and Nintendo, will pull out the big guns to try and prise my currency from my tightly gripping paws.

In the meantime though, I’m going to go see how many organs I can sell to pay for both Darth Vader and a Playstation 4.

One thought on “The Future Is Now: Thoughts on the next generation of home consoles”