Review: The Best and Worst of POKÉMON X and Y 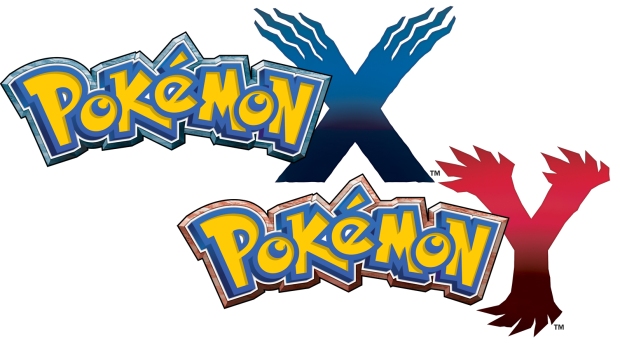 It’s here. The long awaited sixth generation of Pokémon games, X and Y, have dropped and if the internet is to be believed the world is going pretty fucking mental. I myself picked up X (Magic Reindeer FTW) and launched myself into the Kalos region earlier today. As a long standing fan of the series, and having played most of the previous games all the way back to Blue I’ve been excited for the release for some time now. But does it live up to expectations?

Well today I booted up my brand new copy of the game, chose my gender, my appearance and with a sterling disregard for parental responsibility I was sent out into the world by my character’s mother, summoned at the whim of a total stranger to travel the country pitting my pet against those of total strangers in mortal combat. 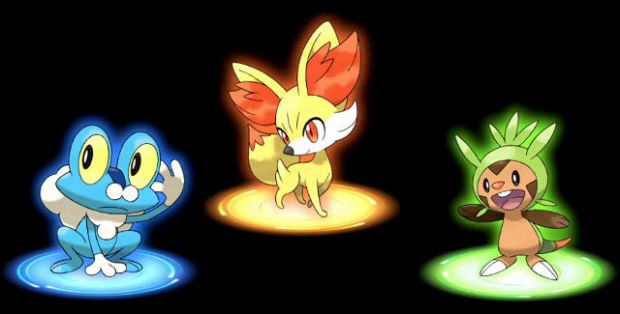 Pokémon X is truly beautiful on the 3DS screen. I have 3D off 90% of my time – in general the effect hurts my eyes after about ten minutes and I don’t find 3D to be that engaging anyway, if I’m being honest – but even without that third dimension the game is crisp and the new polygonal appearance is beautiful. The towns feel small to start with, the world map is presented pretty early on and it seems sprawling enough (with the usual invisible walls preventing exploration of certain places until later) but they do get bigger and look suitably European.

The characters are nice, the pokémon both new and old are really fun to see in a full three-dimensions and the battle animations have all been created for a splendid effect. It is definitely the nicest looking Pokémon title thus far. You can also get up close and personal with your pokémon in Pokémon Amie, the Tamagotchi style interaction simulator in which you, the player, can um, well… sort of feel up your pokémon until they get happy.

The game is instantly familiar to anyone who has played a Pokémon game before and even if you haven’t played since the Red and Blue days you should find it easy to just drop in and start playing. Everything is where should be and the game doesn’t couch things with too drawn out an acquisition process. You get your starter in the first two minutes and from there on you’re headed out into the world.

Never played a Pokémon game? Missed the fad when you were a kid because you were a little told old for it? Parents refuse to buy you those damn vidjamagames and forced you to play with rocks instead? Are you only now a ten year old, eager for your first Pocket Monster game? Whatever your reason, Pokémon X and Y are an easy ride for new players. They explain the world, the story and the basics of gameplay in a way that is both brief enough not to alienate long-time fans and detailed enough that newbies won’t be left wonder what’s going on.

The game’s new starters are Chespin – the bear-like grass type, Fennekin – the fire time fennec fox, and Froakie – the somewhat underwhelming (in my personal opinion of course) frog-type who evidently has the best final evolution of the three. But wait! you also get to choose one of the original three for the first time in a hundred years. Bulbasaur, Charmander and Squirtle are made available to you early on as well. In addition, there is a free gift from Nintendo a Torchic, a fire-type pokémon from Emerald, Sapphire and Ruby which is available as a free download until January 15, 2014.

With all these starters. and the bounty of critters available to catch early on in the game you’ll have no trouble building up your army of enslaved wild animals. Which is a good thing as there’s now like a billion of them. 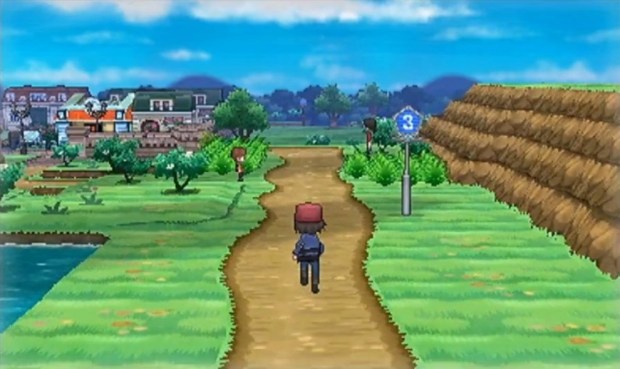 The game is exclusive to the Nintendo 3DS, a console marketed around the fact that the games are presented in glorious three-dimensions. Sadly though the game does not provide a 3D option for 90% of the game. Only in battles and cinematics is the 3D feature available and for the world traipsing majority of your gameplay experience you are confined to 2D. This doesn’t bother me, I get a headache from the 3D after about ten minutes anyway but it does seem rather odd given that 3D is a selling point of the console and the game.

In addition to this, the “3D world” is, for the most part, a top down adventure much like the previous games but rendered with polygons instead of sprites. There’s no free-look to the camera, which is locked in a stationary position much to my disappointment.

You might not want to bring Pokémon X/Y on your next long haul flight because you’re only going to be playing until the plane taxis to the runway. That’s a slight exaggeration but at around 1PM I put my copy of X into my 3DS and booted it up, taking it off the charge cradle to do so. At a little past six I was given the warning that my battery was about to die. The game chews through the battery in ways that Mario Kart and Animal Crossing (my other two top select games and ones I have played for hours on end) never did.

If you have a 3DSXL with the bigger battery, this probably won’t be too much of a concern.

What are you expecting? It’s Pokémon. It’s a well polished and well presented game that follows a formula known to be effective. The new additions of diagonal movement and climbing up ledges (!) are most welcome and the battling is as fun and as strategic as ever.

Buy it if you like collecting all the things, turn based fighting or exploring cute worlds.

You can also learn about the darker side of POKEMON with the 10 MOST F&*#KED UP POKEMON or some of the creepy myths about the series with our favourite CREEPY PASTA.

2 thoughts on “Review: The Best and Worst of POKÉMON X and Y”