Darkly Dreaming: A Farewell To ‘Dexter’

The ending of any long-loved series leaves a sinking feeling in any fan’s heart, but there are so few series that manage to set it’s audience up for a profound and spiritual experience that we are left with a closure we not only are content with, but have come to anticipate–even if it is by following a trail of blood and body parts.

“Man has always been drawn to the sea, but it’s an unnatural setting for us, a  place of great danger. Tide, currents, waves, wind each presenting their own hazards, none of which can be ignored. The slightest lapse of judgment can be a mistake you might never recover from. But a good sailor doesn’t fight against these elements. A good sailor works with t hem, using them to his advantage. While others less fortunate might be forever cast adrift, often in several pieces. He always comes home safely.”

In the final moment of the show we are left with a heartbeat of silence as we sit across the table, face to face, with Dexter’s dark passenger. As we stare into those darkly dreaming eyes, we are left with a plethora of questions. Has Dexter started killing again? Without Harry to supply the code and Deborah to anchor him down, has he started killing innocent people? Or is he starting to feel a greater need continue to pull at his soul, one that still longs for a life with Hannah and Harrison? 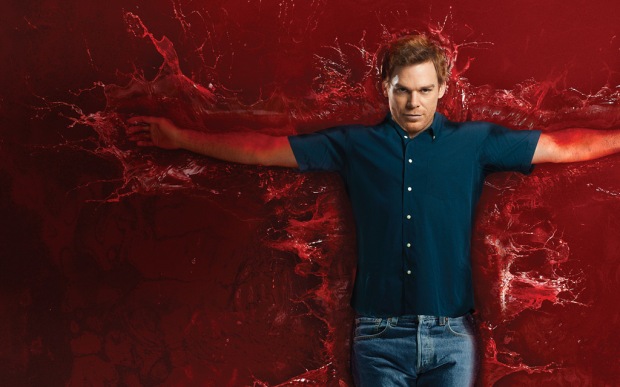 Luckily, the fans are not left adrift at sea. The writers have worked with us, using the hazards of Dexter’s world to both his and our advantage. In the final few episodes of Dexter, we are left with a very distinct feeling of finality. The writers lead up to the end with climactic and methodical efficiency, much like Dexter himself would prepare for a kill. And, just as after a kill, we are left with a neat little package we are more than happy to leave at the bottom of our own proverbial oceans

Dexter has taken up residence in a place so different than Miami it was no wonder that we didn’t recognize him at first. From warm beaches and ocean currents to forests and mountains, we see this new Dexter inserted his key into a cabin rooted in the ground, overlooking a forest he will ultimately destroy. Though, it should come as no surprise that he retreated to that place, for he would recall every day it was the place Deb spoke of when she woke from her surgery, a dream of mountains and hiking fresh in her mind. It is fitting even still that he works in a profession that deforests the beauty of those mountains, cutting away the timber that would have provided the shelter for the trails she would have walked. If Deborah was the roots that held him in place, his dark passenger was the lumberjack that ultimately cut her down.

Will he see Harrison again? My original interpretation is that he would not. So final is the last moment in which we glimpse Dexter (presumably months after his disappearance, perhaps even a year) it’s impossible to think the life he once knew would ever be returned to him again, never-mind he he return to it. However, his final conversation with his son tells a different story. He tells Harrison to repeat the phrase “Daddy loves you” again and again until the day in which he “sees him again”. Dexter’s words are few, but what conversation we can get from him we believe. Is it just another attempt at blending in, at telling people what they want to hear from him? Is it more of just another lie, like the one he told Harrison after throwing his bloodied stuffed dog into the garbage? Hard to say, although they did make a vow to have no more lies between them. Like his relationship with Deb, his relationship with his son is something remarkable and unique to his life. One that may, in time, transcend the new code of solitude he has set for himself. 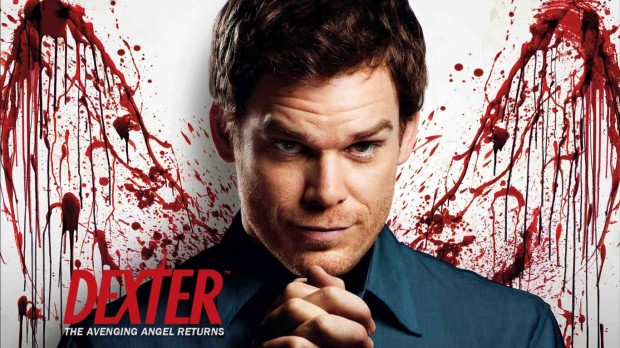 Dexter got what he deserved, but not what he had coming to him. We all expected him through the last eight years to be caught, to be held accountable for his actions by law enforcement. Truly, that’s what he had coming: to be prosecuted and caught, strung out and embarrassed for all his peers to see him for the monster he believed himself to be.
But that’s not what he deserved. The anti-hero can never be truly happy, he can never escape the destruction of his life. He deserves to be alone, he deserves to suffer loss alone with his darkness. Ironically, it wasn’t until he tried to modify the code and shut out his dark passenger that destruction caught up with him. Although we believed and identified with his struggling humanity through the whole series, it wasn’t until he discovered it for himself that his life unraveled.
Oliver gave him a choice: come after me or walk away. We all didn’t really want to see Dexter go to Argentina, and we all knew the moment he handed Harrison to Hannah that it would be the last time he saw him. Argentina is not where Dexter belongs. Argentina was the escape he wanted, but never the escape he was meant to have. It was so impossible a dream that it seemed doomed from the start. His inability to let Oliver go was a fork in a road vacant of breadcrumbs home: not even his turn from Oliver on his table could undo the events he had set in motion. We saw Dexter deny his dark passenger and lamented instead of rejoiced, for it was his dark passenger that had saved his way of life time and time again. Sadly, the moment Dexter became human was the moment we knew he was fragile enough to break. In the words of Oliver, he had “everything to lose” while Oliver had “nothing”. In the end, that’s what Dexter is left with: nothing. He has, in a sense, become the perfect psychopath that Dr. Vogul believed him to be.

“There’s a moment sailors call slack tide. When the tide is neither coming in nor going out, but perfectly still. It’s a moment frozen in time. When all is calm and peaceful. The only downside to it is that it passes too quickly.”

Deborah’s death was something affected everyone. The Morgans were very little without each other, and Deb could no more exist as the same character as Dexter could exist without her. When we see Dexter heading to the hospital, we see a kill scene being set up for us in a most unusual way. He’s in his kill shirt, driving his boat through an oncoming storm as proverbially looming as the final scene. He takes with him no instruments, but this kill still has the sterile, private environment we are intimate with. We do, however, see a tender peace the uniform has never expressed before. Deborah was the last kill we witness Dexter perform and, poetically enough, it’s a kill that fits the code he still perpetually follows because of the innocent murder of Lt. Laguerta.

But why treat her like one of his victims? Why not leave her to have a proper burial? Viewers would argue she deserved to have a place in the ground, not the ocean; but burials and goodbyes for Dexter are not about funerals and eulogies. The ocean has a special place for him and his victims. While people have come in and out of Dexter and Deborah’s life, the series has always focused on the special bond between the two of them. It is not surprising that Dexter carries out this last act with her alone before turning his boat headfirst into the oncoming hurricane.

Now, to me, sailing off into the darkened horizon was a little cliche. True, it was the ultimate poetic metaphor. We get a very strong feeling of an ending from the last three episodes: we saw him packing his belongings, saying good-bye to his coworkers, to Deb, to Hannah and Harrison. We even heard the redundant line of needing to take care of things ‘before I go’. It seemed only natural that he should sever the rest of his ties with humanity by riding out into the storm, but it wasn’t enough for me to believe he killed himself. Dexter is too selfish, too narrowly focused on the direction his life goes in to give up. It might seem befitting that the last kill is ultimately himself, but it’s far too much of a self-sacrificing, heroic move for our serial killer. The wreckage that was the Slice of Life was just that: a destroyed symbolic representation washed ashore, devoid of any sign of what life it once had. No, our Dexter has to live. He has to live to kill again and confront, day after day, his dark passenger.

5 thoughts on “Darkly Dreaming: A Farewell To ‘Dexter’”