Hedgehog’s Most Anticipated Games of the New Generation 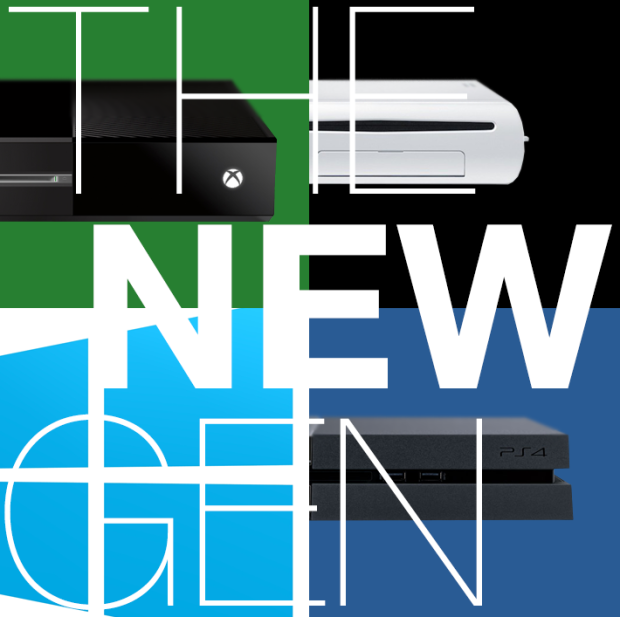 The next generation is upon us, and with it come a whole slew of newly announced games to whet our appetites. VGX ahs just ended, giving us even more titles to look forward to. These are my most anticipated games of the coming year and by all the evidence I am going to be one poor mofo. Let’s get right on with it, shall we?

As a huge fan of the Thief series, I’m eager to play this. Although the trailer is action heavy, I’m confident from various interviews that the stealth gameplay I love is intact.

I never actually played the original inFamous, or inFamous 2, but this is one sequel that, like Killzone: Shadow Fall, really grabbed my attention.

We all know I’m looking forward to this one. Before the delay, this is the game I initially bought a Playstation 4 to play.

Although technically already available, this truly novel and justifiably terrifying first person survival game is due for release on PS4 in the coming months. In this game you play a journalist, investigating an abandoned mental asylum. Incapable of combat your only options are to run and to hide. One unique gameplay mechanic is the use of a night vision camcorder as your main method of sight.

Essentially this is Found Footage Horror Movie: The Game, and I cannot wait.

An exclusively next gen title, Tom Clancy’s The Division is a third person tactical shooter with rich online gameplay and a stunningly immersive engine, as demonstrated below. This is one game I am eager to play.

Destiny is the new IP from Halo creators Bungie. Set in a future with human exploration of space, alien colonists on Earth and floating spherical robots voiced by Peter Dinklage. With a heavy focus on seamless multiplayer. Sign me up.

This one I am personally very excited for, having consumed more preview content in the last few days than I can keep track of. I’m registered for the PS4 beta in early 2014, so keep an eye on House of Geekery for more Destiny content in the coming months.

Abe is back in a HD recreation of the original game by Oddworld Inhabitants. Now in stunning 2.5D.

Steampunk. Victorian. Supernatural. I’m not sure what to make of this game, but it sure looks like fun.

From the creators of the impressive but ultimately bug-filled Dead Island, Dying Light is a parkour inspired open world zombie game. And we can never get enough of those.

This looks to be a lot more immersive and far reaching than previous games in the series and with next gen visuals, it’s stunning to look at too.

I hadn’t heard of this game until the VGX and it was a stand out title for me. Those combat mechanics are certainly intriguing. Remind me of VATS from the Fallout series, but more dynamic.

Platforms: PS3, PS4, Xbox 360, Xbox One, PC, Wiiu, 3DS, Playstation Vita and probably microwaves too because why not

The Lego Movie looks superb and of course being Lego this means that there will be both playsets and a videogame. Unlike most entrants in the Lego game series, everything in this is made of bricks which could lead to some interesting gameplay, or might just look cool. Either way, I’m sold. Loved lego City Undercover and I’m currently enjoying the shit out of Lego Marvel Superheroes.

Starring Elijah Wood, this is a point and click adventure game from Double Fine. Looks pretty.

I don’t really know what this is but it looks like MYST. MYST is the best. Ergo.

It’s Mario Kart. What else do I need to say. If you own a WiiU, you’re buying this game.

Another must have for WiiU owners.

A first person horror title, set in an abandoned moon base with a gorgeous 80s science fiction aesthetic, and with a permadeath system to increase the thrill? Sign me right the fuck up.

Platforms: I honestly can’t find any solid information, but I’m lead to believe it’s a next gen console title.

This game came out of nowhere to basically win VGX. A procedurally generated, MMO space exploration game. Deep gameplay, total freedom, gorgeous art style. Every planet is generated upon contact, but once discovered becomes a permanent fixture for all players of the game. I’m so into this.

Platforms: PS4 (possibly others, hard to find info on it)

These are my most anticipated games, but there’s so much more out there. Share your picks in the comments. Give us even more to play.