10 Characters Who Should Show Up On ‘Arrow’

I have a lot of strong words for the first season of “Arrow,” much of which isn’t good. I will sum it up: they wasted a lot of potential on teen soap cliches and poorly conceived supporting characters. In season 2, they turned a lot of those things around producing a much more fun action-oriented show that never slowed down. The one thing I have always loved about it though was its ability to embrace the wide roster of DC characters even if it is just for small roles. Here are some other characters I really want to see in the upcoming seasons. SPOILERS FOR SEASONS 1 AND 2!!!! 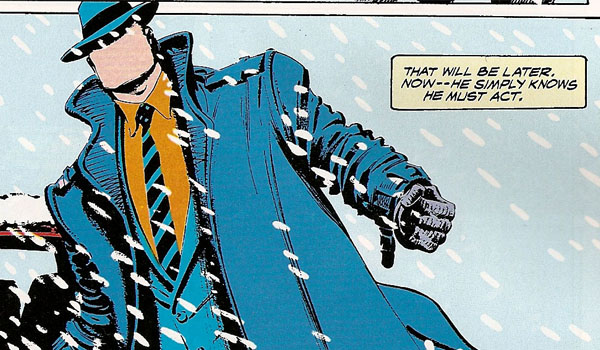 Of all the characters that I included in my Green Arrow TV Wishlist, The Question was the only one not to show up. And I get why. He is definitely not the kind of guy you just drop in. He needs to be a little more involved, and it helps that Arrow is now on more steady footing as a character. The fact that both characters were influenced heavily by Dennis O’Neil makes them tonally compatible, but their personalities contrast nicely as seen in Frank Miller’s The Dark Knight Strikes Again where versions of themselves with exaggerated political views (Conservative Question vs Liberal Arrow) butted heads in a televised talk show. I always wanted to see Jeffery Donovan in the role, which seems like a possibility now that USA Network’s Burn Notice is over. 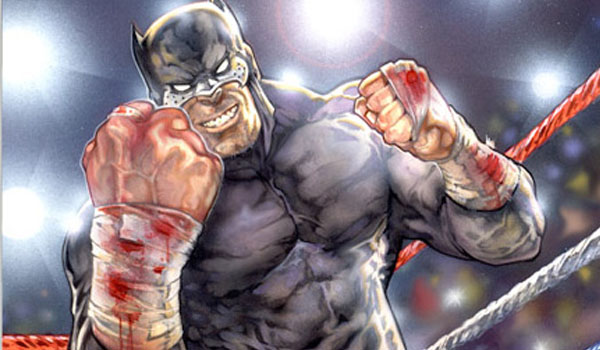 From what I can tell from forums, while Laurel has her defenders, many think the character was handled poorly. I find it hard to argue. Her character has been overwritten and underperformed from the start, but not all is lost just yet. They really turned the tables with Amell’s wooden performance (he gives a much more restrained sad performance now), and they can still save Laurel. Mistakes were made (like the half-baked substance abuse storyline), but they are over now. It is time to use the AA meetings in her favor and find her a sponsor. She pontificated so often, she needs someone who can keep it simple. Someone with blue collar sage wisdom. Someone who helped train her comic counterpart. Someone like Ted Grant, an aging boxer who never lost a step. They even have the perfect guy out there, Holt McCallany. He starred in the tragically underrated and cancelled-too-soon Lights Out as an aging boxer with pugilist dementia trying to keep his family together.

Cheshire from the Young Justice cartoon

Thea took off with he father, who turned out to be Malcolm Merlyn, to go god knows where. Most likely, it is Nanda Parbat, the mystical DC location that Merlyn has mentioned in the past, but will she be training like he did? Will she be rubbing elbows with the League of Assassins? Either way, Roy is without a love interest, and with so many of the characters already paired off, it would be awesome to see them bring this killer cat-lady into the fold. Her relationship with the former Arrow sidekick is infamous in the comics. They even had a child together. I’d be wary of them bringing in another love triangle, but I can’t resist the acrobatic fight scenes that Roy and Cheshire would inevitably get into.

I am keeping this one on the list even though we technically already met a young girl impregnated by Ollie this season. Sandra Hawke was half-black and half-Korean. It seems a shame to white wash both her and their son, Connor, who plays a major part in Ollie’s future. 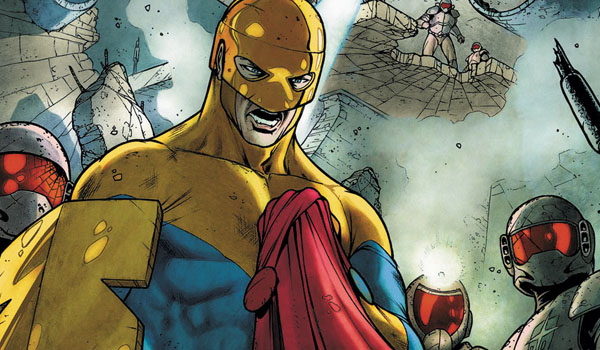 Guardian is a non-powered vigilante and former cop. He is best known as Roy’s uncle, although I feel like he hung out more so with everyone but Roy. It would be nice for Roy to have some supporting players instead of just being a supporting player. After his season 2 arc, I’m afraid he’ll be directionless, just another bruiser for Arrow to call in like Diggle. Guardian has also spent much of his time as a security guard at Cadmus, a story element you know is going to rear its head eventually.

This is a bit of a tough one. Since New 52, there is a new version of Richard Dragon. The original Dragon is sort of like the yin to Ra’s al Ghul’s yang. He took in many young heroes and helped them find inner peace and honed their martial arts skills. Some of his former students include both Questions, Dick Grayson, and most relevant, Huntress. Huntress was sent to him by The Question (although they could substitute Green Arrow). This way they can fix the only character on the show who is worse than Laurel in my opinion. The other version is a terrorist mastermind who killed Richard Dragon and took his name. This one also shares a lot of history with Diggle in the comics. So far, the character is kind of boring, but with Jeff Lemire at the helm, I’m sure there are some hidden depths yet to be seen. 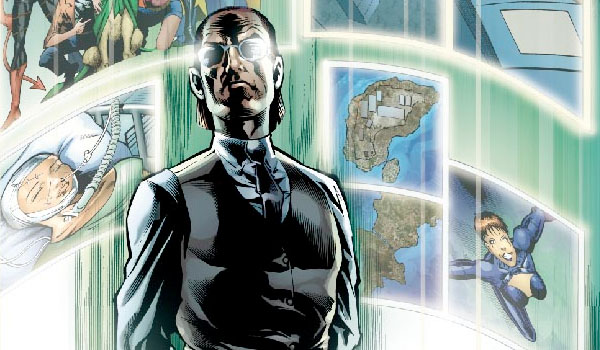 If there is a breakout star of the series, its Felicity Smoak, so much so, I am anticipating her New 52 debut to look a hell of a lot like her CW self than Ronnie Raymond’s stepmother. In the series, she is essentially working as Oracle (and with Babs back in the batsuit, the new 52 could use a new one), so if she was ever going to have a nemesis, it would be the Calculator. The Calculator was basically a dark Oracle, a sniveling, not intimidating guy who really knew his way around a keyboard. That will really put Smoak’s skills to good use. 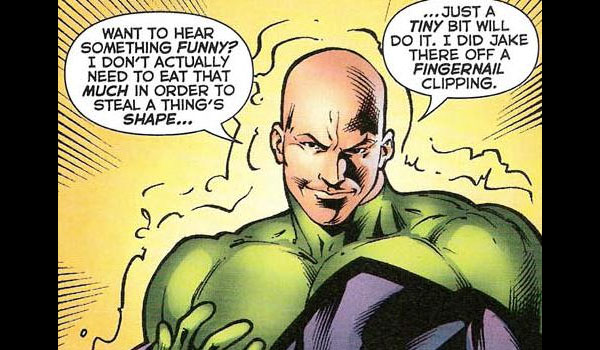 Everyman (Hannibal Bates) started out as a Superman family villain (sort of). He was part of Lex Luthor’s Infinity Inc. and had the power to shapeshift into any other person whose DNA he has sampled (usually by eating hair or fingernails). I’m pretty sure he is the only person left with powers from Lex’s Everyman Project. His connection to Green Arrow starts when he took the place of a kidnapped Ollie and married Dinah. He was last seen roaming Star City with Arrow rogue, Cupid, believing himself to be the real Ollie Queen. For a show like Arrow, his abilities of course will have to be changed. A master of disguise would work just as easy. Plus, his name could be seen in the first season in Robert Queen’s blacklist. 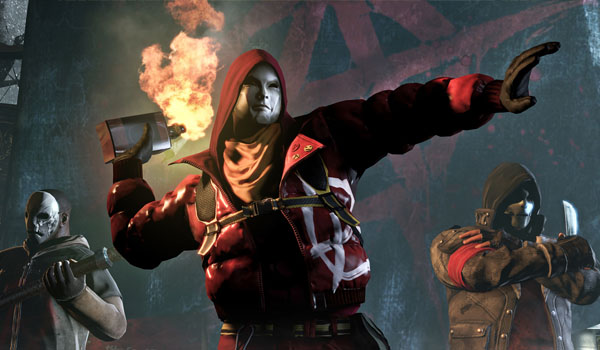 I actually thought one of the Villains of the Week was going to be revealed to be Anarky. It was the guy who was kidnapping victims (including Roy) and killing them on the abandoned subway. He was broadcasting them to the city with his own special rhetoric that reminded me of V from V For Vendetta, who, if I’m not mistaken is the inspiration for Anarky (you might even go as far as calling Anarky a rip-off). Anyways, the way that “Arrow” is constantly dealing with the poor vs rich dynamics of Star City, it could use a Anonymous style anti-hero.

I was debating back and forth, back and forth. Should I go with Brick, one of Green Arrow’s usual goons whose name also appeared on the old blacklist. Or do I go with Creote, an ally of the Birds of Prey. I decided to go with Creote because now that Ollie is not on the island anymore in the flashbacks, we will eventually be seeing his adventure in the Russian mafia. With Creote being a member of the Russian special forces, he would add a lot to that piece of Ollie’s missing years.

3 thoughts on “10 Characters Who Should Show Up On ‘Arrow’”