Casting a Batman Film With With Classic Hollywood Actors

Since the days of filmgoers following their heroes in multi-part serials, people have loved seeing Batman on the silver screen. In fact it is doubtful that Bill Finger and Bob Kane, could ever imagine that their costumed vigilante would ever find such fame in theaters all over the world. Although one has to wonder what would have happened if Hollywood had decided to make a quality Batman flick decades before, Tim Burton or Christopher Nolan had a shot at the franchise.So for fun we decided to take a look at who would fill out the cast of a Batman film if it were made during Hollywood’s Golden Age.

Batman: Cary Grant-One of the greatest leading men in film history, who has the necessary qualities to play a dashing Bruce Wayne as well as a brooding Dark Knight. Bringing with him a captivating screen presence and air of mystery to any film from To Catch a Thief to His Girl Friday .the British actor seems to be a perfect fit for the Dark Knight. A much more flexible thespian than he is often given credit, for Grant would have blown everyone away with his take on the legendary superhero. 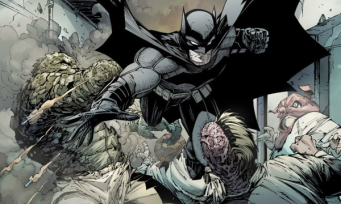 Alfred: Boris Karloff– Tall, charming, regal, and dangerous when he needs to be, playing Bruce Wayne’s trusted butler and father figure seems like the role Karloff was born to play. One of the few horror actors of his day to achieve mainstream notoriety outside of the genre, due in large part to his stellar stage work, Karloff would have brought a sense of gravitas to the part, Mixing the genial aspects of his character from Targets with the screen presence of Imhotep from the Mummy, he would rival even Michael Caine with his performance.

Comissioner Gordon: Harry Morgan-One of the most respected supporting characters in comic history, needs to be played by one of the most repsected actors in Hollywood. Harry Morgan was the veteran of countless television shows and films throughout his career and exhibited the ability to be, tough and stoic, yet warmhearted. For proof look no further than his iconic roles of Bill Gannon in Dragnet or Colonel Potter in MASH. 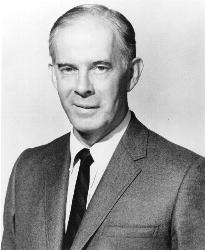 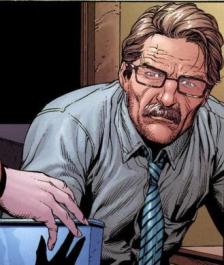 The Joker: Dwight Frye- Bill Finger and Jerry Robinson may have based the visuals of the Clown Prince of Crime off of Silent Era actor Condrad Veidt, but the actor to best bring the psychotic clown to the big screen in an era before, Heath Ledger or Jack Nicholson, is cult favorite actor Dwight Frye. Now recognized as one of the greatest stage actors of all-time, Frye was perfectly suited to bring the most iconic villain in comicdom to life. For proof look no further than his work in the various Universal Monster films, as he played a variety of misfits and psychopaths to great acclaim. His time on stage would give him a great advantage for the part, as theatrical actors are often trained to give grand performances which suits the role of the Joker perfectly. 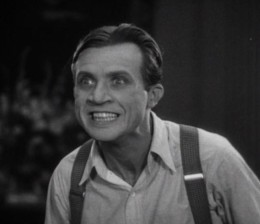 The Penguin: Sydney Greenstreet- This one is so simple, it is probably a given, Greenstreet mastered playing large and intimidating crimelord years before Marlon Brando made anyone an offer they couldn’t refuse. From the first time he first appears onscreen in the Maltese Falcon, the viewer has no doubt that  his character is a man of power who controls all of those around him. Not only due top his size but also his screen presence, Greenstreet would be both intimidating and captivating with an umbrella and long nose. After a career playing crime bosses in film it seems perfect to let him be one of the greatest crime bosses from comics. 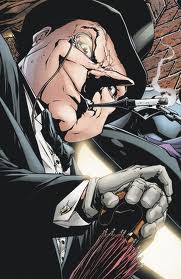 Catwoman: Elizabeth Taylor- Who would be better at playing the iconic feline femme fatale, than the iconic actress who brought Maggie the Cat to the big screen in Cat on a Hot Tin Roof. In a time when most actresses played love interests, Taylor was notorious for playing strong and tenacious characters. Taylor would provide Batman with a love interest who could be more than a match for him. With stunning looks and a unique screen presence Elizabeth Taylor would have been the purrrrfect Catwoman.

The Riddler: Claude Rains- One of the more difficult characters in Batman’s rogues gallery to nail down, running the spectrum between calm and collected to manic and crazed. Thus an actor is needed who could pull off an inredible range, such as Claude Rains. Look no further than his big screen debut as the Invisible Man, to see Rains play a demented megalomaniac; yet at the same time in his most popular role as, Captain Renault, in the classic Casablanca we see his ability to display a sly wit with a certain cowardice and opportunistic methodology. These qualities blended together would make for a perfect onscreen Edward Nygma, which would no doubt be on the same level as Frank Gorshin’s portrayal of the character. 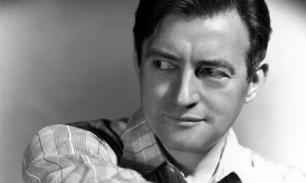 Two-Face: Paul Muni-A complex villain who demands an actor willing to put disappear into the part physically as well as emotionally. Sadly overlooked by many lovers of film, Paul Muni was a rare leading man for his time, who disappeared into any role he played. Over the course of his career, Muni displayed a dedication to his craft rarely seen in others, as he displayed an ability to become any character he needed to be; from a crime boss in Scarface to a Chinese peasant in the Good Earth. This level of commitment and talented would be a necessity in playing one of the most complex characters in comics. Not only did Muni show a willingness to become a character physically through elaborate make-up, but emotionally as well.

Mr. Freeze: Yul Brynner- One of the most imposing villains Batman has faced, Mr. Freeze is a surprisingly deeper character than he is often given credit for. Movie audiences deserve a Mr. Freeze who does more than spout out ice related puns, but one who embodies the character comic fans know all too well. Russian-born actor Yul Brynner was an actor with both a commanding presence as well as an icy demeanor which he demonstrated in such great films as; The King and I as well as the science fiction classic Westworld.  Brynner is the perfect combination in order to both physically and emotionally portray the frosty villain.

The Scraecrow: Peter Cushing–Dr. Jonathan Crane is a villain who is an awkward and mild mannered man, until he puts his infamous burlap mask on and shows everyone the maniac he truly is. This looks to be the perfect part for one of the greatest stars of British cinema who made his name in the legendary Hammer Horror franchise, Peter Cushing. Despite being a notoriously pleasant and polite gentleman in real life, he demonstrated a talent for playing cold and brilliant villains, whether they be Dr. Frankenstein or Grand Moff Tarkin. He clearly presented his characters as people who truly enjoy manipulating each other which is the key trait of the Scarecrow.