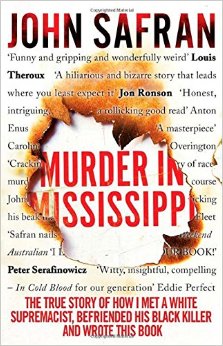 I think that’s the first time I’ve had to write the word ‘Mississippi’. It’s fun to type. My knowledge and experience with the region are pretty minimal because I have lived most of my life in Australia. Also Australian? Author John Safran. Actually he’s known in these parts and since most of my readers are in the land of Mississippi’s you may need the background.

Safran appears, on the surface, to be a media prankster. His career began in the 90s when he was disqualified from amateur documentary film-maker competition Race Around the World. From there he was the host and creator of shows based around music, religion and race. He would travel the world, explore other cultures and often pull pranks on them such as door knocking as an atheist in Salt Lake City and crashing his old, uptight high school in a Footloose inspired dance routine. It may sound shallow on paper but what makes Safran so watchable is his intellectual curiosity.

What we mean is that when he created John Safran vs God, an exploration of world religions, he approached each case study with a genuine interest and although the pranks would occur his primary goal seems to be trying to learn as much as he could, maybe even something about himself. These routines would be the most drastic and facsinating. He’d employ the special effects team from The Curious Case of Benjamin Button to turn him into an African American to experience the world through different eyes. He’d willingly undergo an exorcism, producing some frightening results. He’s been crucified. Seriously. 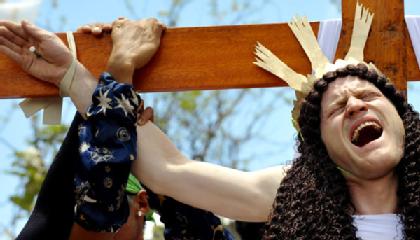 Let’s get to the book: Murder in Mississippi. During the filming of his show Race Relations Safran met with white supremacist Richard Barrett and, during a public address, claimed that a DNA test revealed he was part African. The segment never aired due to the threat of legal action. When word reaches Australia that Barrett has been murdered by young black man Vincent McGee Safran heads to Mississippi to try his hand at writing true crime. 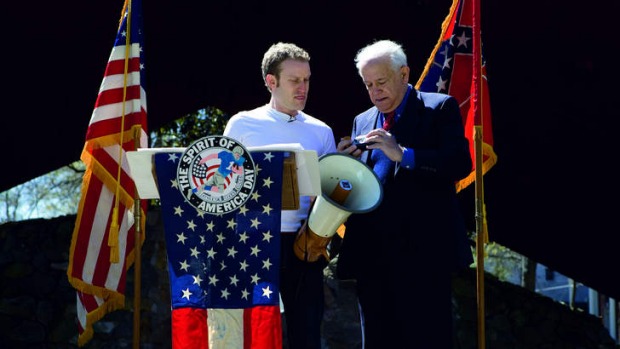 This is Safran’s first book, and he admits in the opening pages that it was reading his first couple of true crime stories that spurred this decision. What makes the book work is Safran’s willingness to involve us in the story. Rather than gather the facts and present them in a chronological or thematic order, unspooling the crime and angle Safran kinda writes about researching and writing this book. We are privy to his thought processes and research as he processes it. The crime could be about race, but it also factors in money and sex, and untangling what happened at why is what drives the author through this story.

It can feel like a mirror is being held up to the reader as Safran often follows our thought process. When we hope for some juicy details we have Safran describing his attempts to sneak a look in a detectives file during an interview. When Barrett is rumoured to be engaged in an affair with his future killer and the police reveal a Nazi SS uniform in his house, Safran secretly hopes the uniform was involved in the sexcapades.

It’s not a big, world changing crime but it does touch on many issues shaping our society today. The principle figures, victim and killer, get explored in detail as Safran muses over their backgrounds and personalities. Barrett, a figurehead for hate, proves an elusive figure whose bark may have been worse than his bite and McGee is a potentially damaged figure who can’t help but lash out at the world. Safran is a worthwhile guide through the story due to his innate curiosity.

If you’re looking for a worthy replacement for the Serial podcast this is definitely it. Unlike the aforementioned blockbuster true crime tale, Murder in Mississippi does provide the personal viewpoint that helps engage the reader. Although he can never say what happened, he is also happy to share his opinion. Check it out.

One thought on “Book Review: ‘Murder in Mississippi’ by John Safran”