A new year is upon us which means a new crop of horror films. Listed below are the horror films set to release in 2015 (release dates are for the United States). 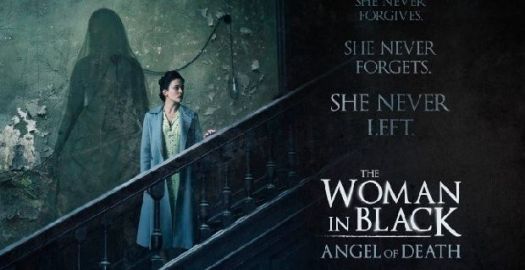 The Woman in Black 2: Angel of Death (January 2)

This sequel takes place 40 years after the first haunting and has a group of children from WWII London who awaken Eel Marsh House’s evil spirit. Starring: Helen McCrory, Jeremy Irvine, and Phoebe Fox.

The latest installment in this series stars Billy Shepperd and Tyler Craig.

A man is found alone in the forest and must remember the horrifying events of the previous nights. Starring: Owen Conway, Megan Drust, and Clint James.

A prequel to the original, this film shows us psychic Elsie Rainier as she tries to help a young woman. Starring: Dermot Mulroney, Lin Shaye and Stefanie Scott.

This time the sharks are after Washington, D.C. and Orlando, Florida. Starring: Tara Reid, Ian Ziering, and Vanilla Ice.

A remake on the classic tale of a suburban house invaded by angry spirits. Starring: Sam Rockwell, Jared Harris, and Rosemarie DeWitt.

Kennedi Clements will star in the Poltergeist remake.

A mother and her twin sons must survive in a rural house with malevolent forces. Starring : Shannyn Sossamon, James Ransone, and Nicholas King.

Shyamalan’s newest film about a brother and sister discover their grandparents are involved in something disturbing in middle-of-nowhere Pennsylvania. Starring: Kathryn Hahn, Ed Oxenbould, and Erica Lynne Marszalek.

Three teens must survive in a world of humans vs zombies vs vampires. Starring: Vanessa Hudgens, Ed Westwick, and Bob Odenkirk.

Three scouts must save their town from a zombie outbreak on their last camping trip. Starring: Patrick Schwarzenegger, Halston Sage, and Tye Sheridan.

The latest of this epic series is due out in November and is rumored to be found footage style.

A young woman experiences nightmares after a sexual experience and along with her friends must escape something terrifying closing in. Starring Maika Monroe, Heather Fairbanks, and Linda Boston.

The boy is the story of a 9 year-old sociopath and his journey to becoming a killer. Starring: Rainn Wilson, David Morse, and Mike Vogel. 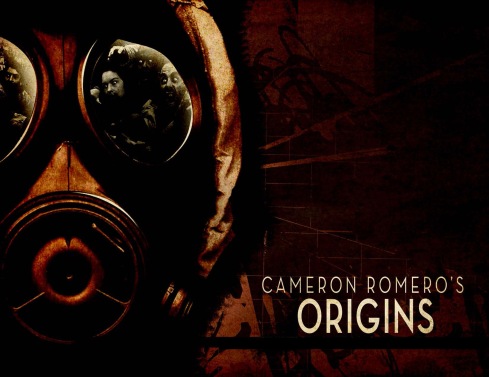 Written by legendary director George A. Romero and his son, this film, which takes place in the 1960’s, is about a scientist whose life work may be the end of mankind.

A death row inmate must survive his psychotic Warden and his own sanity. Starring Zach Galligan, Noah Hathaway, and Naomi Grossman.

The Exorcism of Molly Hartley

A sequel to the lackluster original, this film follows adult Molly who must be exorcised of an evil spiti by a fallen priest. Starring: Devon Sawa, Gina Holden, and Sarah Lind.

A young girl and her friends are terrorized by a murderer with a mysterious background. Starring: Alessandra Spoletini.

The third installment in this series centers on the very first purge event.

A mom and daughter must survive a mysterious creature. Starring Loretta Yu and Guy Germaine.

Madison and her children are haunted by a presence in their suburban home and turn to a scientist for help. Starring: Ali Larter, Merrin Dungey, and Chloe Perrin.

A family in a remote part of Ireland must battle demonic creatures in their woods. Starring: Bojana Novakovic and Joseph Mawle.

A teenager in the Midwest becomes infected with a zombie virus and her father must stay by her side as she deteriorates. Starring: Arnold Schwarzenegger, Abigail Breslin, and Joely Richardson.

A horror western about four men in the Wild West who must rescue a group of captives from cannibals. Starring: Kurt Russell, Patrick Wilson, Lili Simmons, and Sean Young.

Rob Zombie’s upcoming film is about a series of kidnapping on the days leading up to Halloween and includes a violent video game and evil clowns. Starring: Sheri Moon Zombie and Bari Suzuki.

Eli Roth’s newest is about a pair of femme fatales who go after a married man. Starring: Keanu Reeves, Lorenza Izzo, and Ana de Armas.

The cast of The Final Girls

A group of teenagers get transported into an 80’s slasher film with one of the girl’s famous scream queen mother. Starring Nina Dobrev, Taissa Farmiga, Malin Akerman, and Alexander Ludwig.

The British film is about four young women who spend a weekend in a cabin and realize they may not be alone. Starring: Jacqueline Fernandez, Katherine Barrell, and Mercedes Papalia.