Exclusive Interview with Finn Jones and Daniel Portman from ‘Game of Thrones’!

Is there anything more exciting than the upcoming 5th season of Game of Thrones. Few times have we been lucky enough to get television this good. What makes it so good are the characters. Love them or loathe them we have an amazing group of characters with an amazing cast of people working to bring them to life. At Oz ComicCon this weekend we sat down with Daniel Portman, who plays Podrick Payne and Finn Jones, who plays Loras ‘Knight of Flowers’ Tyrell. And they were brilliant!

Listen to the recording, read the transcript and scroll down for more photos!

GF: If you couldn’t tell we’re with to Finn Jones and Daniel Portman here at Oz ComicCon Perth, 2015. Hello!

GF: I’ve got a question I always wondered with the Game of Thrones people: do you feel a sense of disconnection with a lot of the cast? Because you’re filming all over the place with different scenes.

DP: If anything, we feel more connected than ever! 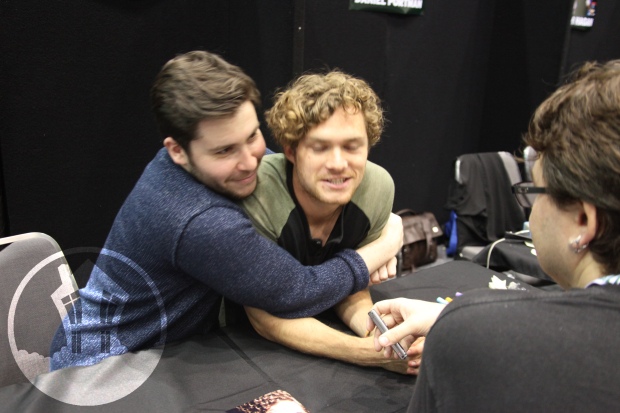 FJ: It’s funny, the show’s so big but it’s one of the tightest casts in existence. We all love each other very dearly, we’re all very good friends.

GF: Do you see much of each other while production is happening?

DP: A fair amount, usually. In Belfast there’s usually two units going on. Two different studios going. So we’ll see other people, which is great. At the end of the day we’ll have a pint, act cocky, catch up with each other. Spend a lot of time in the bar.

GF: (To Daniel) You mentioned acting cocky…what did you do to those two women?

DP: There’s a line in the scene that explains it best of all: lots of things.

DP: I did lots of things. 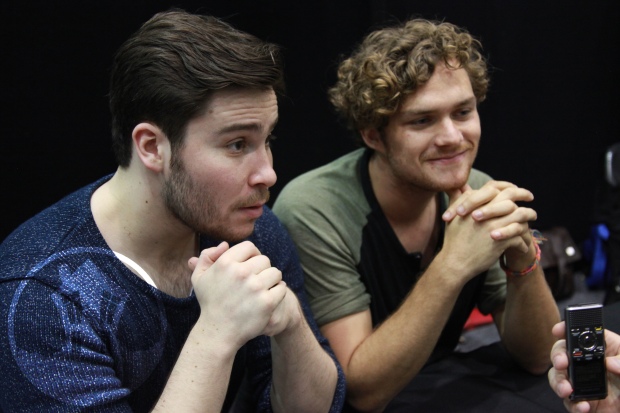 GF: Wonderfully vague. Now Finn, the description of your character in the book is of the ‘fairest knight in the land’.

GF: What goes through your mind when you’re told that you’re to be the ‘fairest knight in the land’?

GF: We see the characters on the screen and (to Finn) you’re very arrogant…

GF: But that’s not what I’m getting here in person. 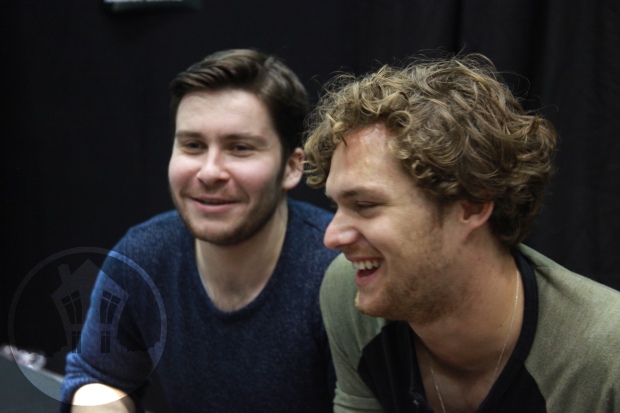 GF: Let’s talk about the costumes. Especially Finn, you have to wear that suit of armour. Is it as heavy as it looks?

FJ: Underneath there’s a chain mail, which is probably the heaviest part. But it’s made out of this material which is a cross between plastic and metal. It’s not that heavy, but sometimes it feels it.

GF: (To Daniel) How about your outfit? you’ve got the leather.

DP: Mine’s really uncomfortable. It’s actually very, very heavy because all the studs on it are lead.

DP: I don’t know if they’re actually lead or not but that’s what it feels like.

DP: They are heavy.

DP: Well, we film in Croatia.

FJ: No, no, no, no…there was this one time we were filming the Red Wedding scene and it was so hot. I turned around to say ‘hello’ to Daniel and he literally had his armour off and was sweating buckets. It was so hot and he had to wear leather upon sheepskin in like, six layers.

DP: I nearly passed out in a couple of scenes.

GF: You’ve got a lot of desert scenes and battle scenes, do you have people pass out under the weight of it all?

FJ: I nearly passed out. I had this scene in Croatia this year and I was in full armour and I had to do a lot of tussling and all that stuff. It was intense. It’s so hot.

GF: Do you do much fight training to get ready for all this stuff?

GF: Was that a new experience for you?

DP: I did a bit of horse riding before I started the show so I’m really good with a horse. It’s nice to do a wee bit more. The horse team and the stunt team are the best in the business. When you’re working with guys as good as they’re going to make you become better than you are. I’ve become much better than when I started the show.

GF: Do you do a lot of the stuff yourselves, the jousting and the riding?

GF: They’re both shaking their heads. Would you if you had the chance, because I know they usually don’t allow it.

FJ: I’d love to, but because it’s television and they have such a tight schedule to stick to it makes more sense to have those people do it and do it well. Get it correct the first time around rather have me, an actor, try to do it and get it wrong ten times before I finally try and nail it.

GF: If I could rustle up a couple of horses, reckon we could have a joust?

FJ: There’s a really big room next door which would be perfect for jousting.

DP: You wanna get the horses and we’ll get some of those foam…

FJ: I’ve got lances out back.

DP: Oh yeah? I was going to say we’ll get those foam noodles you use in swimming pools.

GF: You guys want to go for a ride, I’ll organise it. She won’t geek out at all. 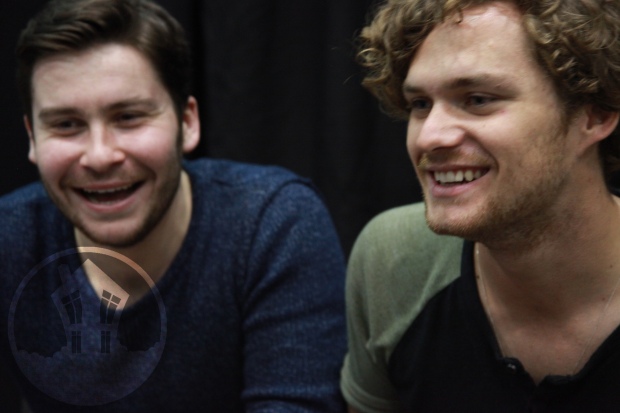 GF: Do you get to do many tours and conventions, see the fans?

FJ: Daniel was just in India.

DP: There for a week in Bangalore, which was an experience. It was really, really cool. We did one in Florida together.

FJ: Got one in Chicago, another in Australia coming up. London. We’ll be in Germany again.

DP: New Zealand. All over the place.

GF: If sounds a bit non-stop, is this your life now?

FJ: Yeah, kind of. We get breaks, it’s not that non-stop. Every two weeks of convention we do, we get two weeks of not doing them. It averages about one a month-ish.

DP: You get to travel around a lot, which is nice.

GF: You get to come to Perth!

DP: Loveliest place in the world!

GF: I’m getting the shuffle on signal, just a quick one or two questions: if you could play any other character, who would it be?

GF: Do you have a favourite memory from the show?

GF: Guys, you’ve been great, it’s been a good laugh! Thanks for coming down to Perth!

3 thoughts on “Exclusive Interview with Finn Jones and Daniel Portman from ‘Game of Thrones’!”