IFFBoston 2015 Review: The End of the Tour 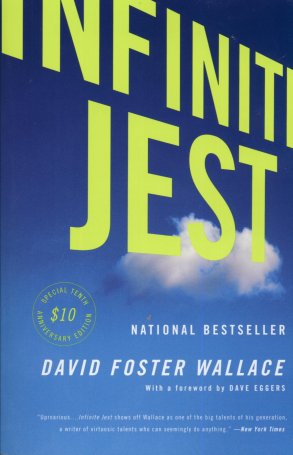 Plot: A Rolling Stone reporter shadows David Foster Wallace during the last days of his press tour for his book, Infinite Jest.

How does one write a review of a movie that is about a real life person when you know nothing about that real life person? I have heard of Infinite Jest; it is one of those much talked about books that I keep meaning to read. I might even bother to do it one day. I have not heard about David Foster Wallace nor do I know anything about him really, so the accuracy of Jason Segel’s nuanced performance as the writer is not for me to judge. However, I can say that Segel paints quite the picture of modern brilliance, shackled by his social awkwardness, that somehow seems original despite socially awkward geniuses being the subject of so many movies.

I think that is because his awkwardness does not come from a overwhelming shyness. He actually seems quite out-going. Nor is it because of an overwhelming insecurity (although I think people would argue with that) since his self-deprecation and worldview make for a surprisingly pleasant sense of humor. I think it is due to his overwhelming self-awareness of his own flaws and how those contradict with his sudden success as a writer. It is as if the more people he encounters, the more lonely he finds himself like the world is just too big and complicated for him.

What really made me want to see the movie was director James Ponsoldt, returning to IFFBoston and opening up the festival for a second time. He was there previously with the great The Spectacular Now and first got my attention with the underrated Smashed. What these three movies have in common is they are essentially character pieces, but The End of the Tour has more of a free-wheeling sensibility. The movie always centers around the conversations carried by Wallace and his Rolling Stone shadow, David Lipsky (played by Jesse Eisenberg), while what they are doing and where they are doing it are more trivial elements than in his previous two movies. It gives the movie a play-like quality, and if they really needed it to, it probably could have been done in one location.

Eisenberg finds himself on the other side of the socially awkward genius this time around. He brings that Social Network energy to his rapid fire dialog but with a whole lot less baggage. Here he is free to engage in more chemistry with his fellow co-stars, of which there are few outside of Wallace. Their conversations, ranging from humorous observations to simple insights that make me wonder why I didn’t think of it, are so natural they feel almost improvised.

Bookended by flashforwards to David Lipsky learning about the sudden death of Wallace and memorializing the man who made such a big impression, it should come as no surprise that the more interesting and entertaining elements of their conversation together tended to be their off-topic riffing on ideas big and small rather than journalistic tough questions and weighty answers. It’s sort of a second coming of My Dinner with Andre.