My Theory on Rey’s Heritage and History 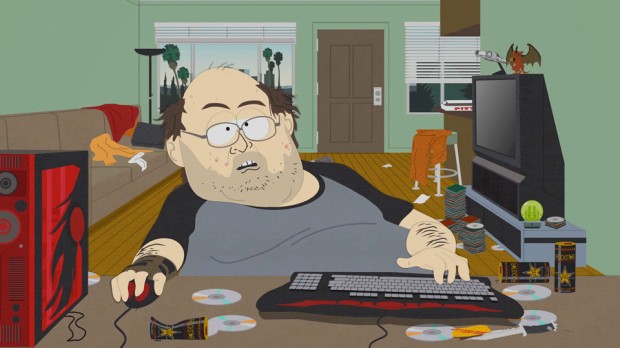 Fan theories about movies are nothing new.  They’ve existed as long as the Internet.  However, we’ve seen the number of fan theories explode over the last decade.  Ridiculously so.  It seems every Keyboard Cowboy with a laptop wants to chime in on the true meaning of Back to the Future or how The Illuminati influenced Home Alone or how Zoolander is actually an expression of post modernism ennui.  Even the Notorious NDT (Neil Degrasse-Tyson) seemingly needs to break down the science of every science-fiction film out there and point out all the flaws.  When exactly did he become Commissioner of the Fun Police anyway?  Someone needs to tell him to dial it down a notch.  I don’t need to know why the angle Batman takes using his grapnel gun to swing around Axis Chemicals couldn’t possibly work in the real world.  IT’S FUCKING BATMAN.  Chill the fuck out. 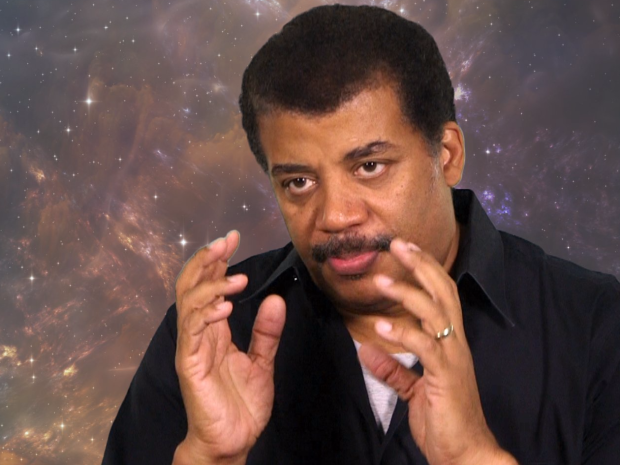 It’s not that I’m against fan theories per se.  But I’m first and foremost a writer and as a writer if you’re going to present a thesis you need to back it up with supporting evidence or at least make a logical case.  You can’t pull information out of your posterior and expect the feces to stick.  People will see through that easily.

Bottom line is there are good fan theories and incredibly asinine theories. There’s absolutely nothing wrong with fan theories.  As I said though, it’s important to make a logical, well thought out argument.  In other words as Rimmer might say from the old English television show Red Dwarf, “Don’t be a git.”

With the release of The Force Awakens, one of the most prevalent fan theories out there pertains to Rey’s heritage and history.  I’ve read everything from her being a female Luke clone, the daughter of the Emperor, or even a complete Force creation with no parents.  I may be treading into dangerous waters here, but I have an idea about what Rey’s backstory might be.  I’ll fully admit that my theory is something I want to be true so this could be biasing my contention.  However, I hope that the cogent nature of my thesis will make some logical sense.

Guess you all will have to be the judge.

There’s been a lot of chatter that Rey is actually Obi-Wan Kenobi’s granddaughter.  This idea makes no sense to me.  It’s completely out of Kenobi’s character.  Here’s a person that chastised Anakin repeatedly about sticking to the Jedi Code and not allowing love to interfere with his vocation.  We’re expected to believe that one night Obi-Wan decided to throw caution to the wind and show some random chick his other lightsaber?  Highly unlikely.

Having said that, I do believe there IS a connection to Kenobi however. There’s no reason to think that Obi-Wan didn’t have one or more siblings who may or may not have been Force sensitive.  If they weren’t Force sensitive the Jedi Order would have no use for them.  Or if they were weak in the Force the same circumstance may apply.  Either way it’s entirely possible that Kenobi had a sister who married and had a daughter.  And that daughter could be… 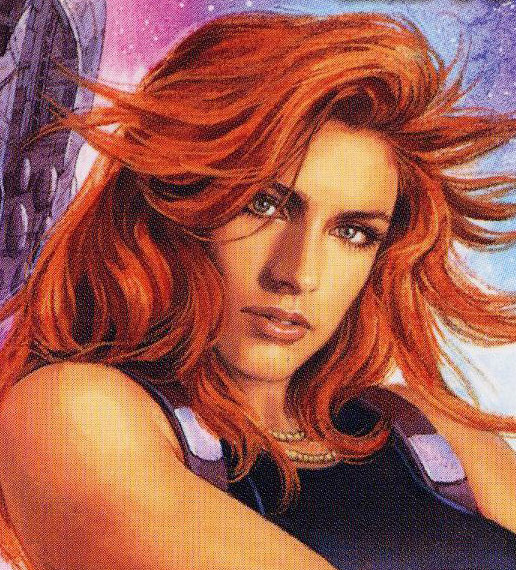 Now I know that Disney has categorically said that the Star Wars Expanded Universe has no bearing anymore.  That didn’t stop J.J. Abrams from including Star Killer base in The Force Awakens and there’s no law saying that the powers that be can’t include other elements from the Expanded Universe in the upcoming movies.  In fact if they don’t they are missing out on some prime opportunities.  One of the most beloved characters in the Expanded Universe was Mara Jade who originally was an agent of the Empire and later became a Jedi and married Luke.  They even had a son named Ben.  (Another nod from the Expanded Universe that Abrams used for Kylo Ren’s real name.)  It’s entirely plausible that when Kenobi’s sister discovered her daughter had Force powers she made Mara hide them because of the Empire.  And once the downfall of the Empire happened she sought out or was discovered by… 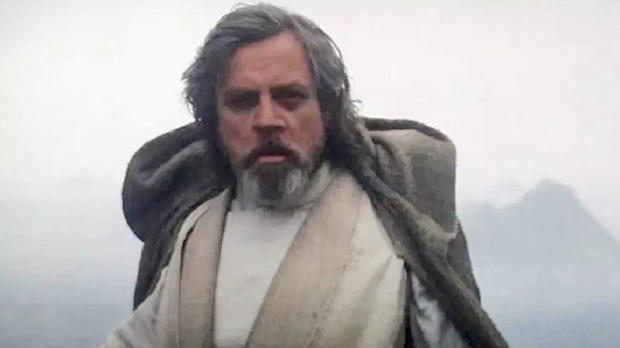 That’s right, the great Jedi Master in hopes of rebuilding the Jedi Order, takes Mara Jade under his wing and begins to train her in the ways of the Force. Amidst this training  a romantic relationship blooms.  The two fall in love and the result is… 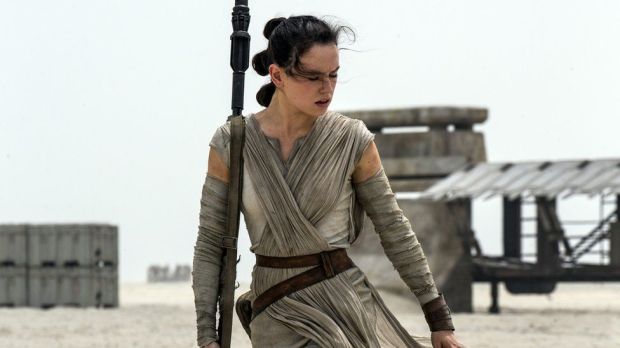 This lineage scenario would make a lot of sense for a couple of reasons.  One of the biggest complaints about The Force Awakens was that Rey went from scavenger to uber proficient in the Force pretty damn quick.  Rey was able to pull a Jedi mind trick after two tries and telekinetically pull Luke’s lightsaber away from Kylo Ren, despite the fact that he’s been training in the Force since childhood.  But is this any different from Mozart writing his first concerto at the age of five or someone looking at an advanced mathematical problem and being able to figure it out effortlessly?

Having a combination of both Skywalker blood and Kenobi blood would explain her nascent Force abilities and her power.  Furthermore, it would explain her automatic connection to Luke’s lightsaber in Rey’s vision sequence.  It would even, as a corollary, account for Kenobi’s voiceover of “you’ve taken your first steps.”  But if she is so powerful and ostensibly important why was she abandoned?  Here’s a thought… 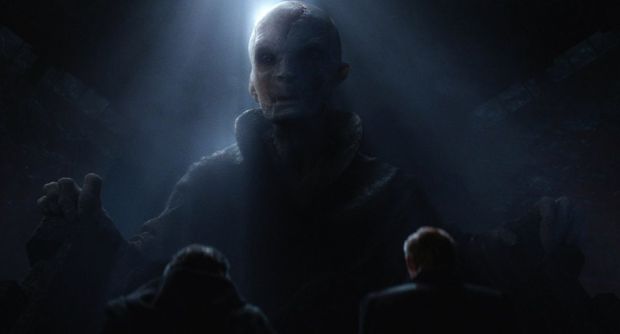 Much like Emperor Palpatine in the original trilogy, I believe Snoke wants Rey’s power for his own purposes, just as Palpatine desired Luke.  If that’s the case, Snoke may have used Kylo Ren as a pawn to get to Rey.  The plan of course would be to lure Rey to the dark side and solidify his power. Which would explain why…

Kylo and the Knights of Ren attacked Luke and his burgeoning Jedi.

The goal would be twofold.  The first would be, obviously, to eliminate Luke and all the potential Jedi.  Again this solidifies Snoke’s power and his hold on the galaxy.  Secondly, and maybe more importantly, he captures Rey. Two wampas with one lightsaber.  My theory of course assumes that Rey was on the planet when Kylo Ren attacked and that Luke and Mara were able to get her off the planet.  Luke at the very least somehow managed to escape.

Fearing for her life, Luke then leaves Rey on Jakku in order to protect her and then goes into hiding.  Assuming again (I know lots of assumptions here but Hell it’s a fan theory even if I think it’s a logical one) Mara also escaped, and Luke and her split up.  I believe that Luke may have had a Force vision that if he didn’t take this action Snoke would find Rey.  Yet he also knew that Rey would one day find him, hence leaving the final map coordinates with Lor San Tekka (Max Von Sydow).  To me it’s not a coincidence that Lor San Tekka is also on Jakku. He’s watching over Rey even if from a distance.  But if Rey remembers her parents leaving her there why doesn’t she recognize Luke as her father? Maybe because of…

Or in this case a Jedi Memory Wipe.  At five years old, I believe Rey would still be young enough to be susceptible to a memory wipe.

So that’s my two Republic credits on the subject.  I hope I’ve made a compelling and logical argument.  More likely than not I’m wrong about some of this if not all.  But the great thing about being a Star Wars fan, or a fan about nerd stuff in general, is the ability to speculate and debate about any given subject.  Passion calls to passion for any subject matter whether it be Star Wars or fantasy football.

It’s one of things that makes being a nerd so fun.

One thought on “My Theory on Rey’s Heritage and History”