I feel like I’m in an awkward position. Before the massive layers of hate were stacked on Batman v Superman: Dawn of Justice I’d attended an advance screening and enjoyed it. I even gave it a good review. Whilst I agreed with many of the points being made by the film’s detractors, my review reflected the feeling I had immediately after seeing the movie without expectations. Sure it had problems, but they could be explained away in universe.

Then Zack Snyder started defending the movie. And he. Ruined. Everything. 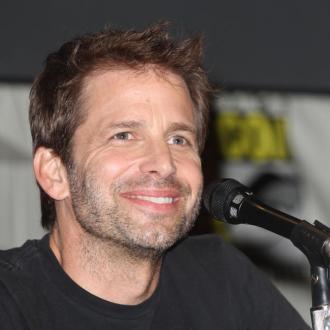 Let me explain with an example. The big example. Batman murdering people. Throughout the film Batman kills multiple criminals by shooting at their cars, blowing them up and running them down. I thought this was reflective of Batman having campaigned against crime for 20 years without seeing any change, or as he put it “every weed I pull up, another grows in its place”. He had started branding criminals and seemed unconcerned about this brand being a ‘death sentence’ in prison. Batman was older and become callous, needing the beacon of hope that is Superman to put him on his path. That’s what happened, right? Not according to Zack Snyder.

So, I tried to do it by proxy. Shoot the car they’re in, the car blows up or the grenade would go off in the guy’s hand, or when he shoots the tank and the guy pretty much lights the tank [himself].

Wait…what? It wasn’t that he had reached a breaking point and let his anger get the better of him, it’s that he wasn’t really killing those guys. They just happened to die…entirely of their own accord…because they were doing the wrong thing. There’s two problems with this claim, the first being that Batman still wouldn’t allow that to happen. He’d never think ‘well, that guy pulled the pin on that grenade so it’s his own fault it blew him and his friends up’ whilst throwing it back to him. Batman would diffuse that situation without letting anyone die. The second problem with this statement is that blatantly doesn’t happen that way in the movie. A thug throws a grenade at Batman and instead of chucking it out the window Batman throws it back at him. He flies the Batwing into battle and opens fire on the bad guys in their cars, blowing them up. It’s hardly a case of ‘well, that’s their own fault for sitting in a car while it was riddled with high calibre rounds and turned into a flaming pinata of death’. This is  a ridiculous idea and an even more ridiculous defense of the criticism.

Even before Batman v Superman was released there was some major criticism leveled at Man of Steel and Superman’s wholesale destruction of Metropolis during his fight with Zod. Superman was the attacked party here, but there’s never an attempt to take the fight away from populated areas. Almost as though Snyder was so caught up in the CGI-fueled mayhem he wasn’t giving any thought to the characters. At the beginning of the new movie we see the battle from the street level perspective of Bruce Wayne. It gave the oft-mocked issue a human element, an emotional context. Almost as though Snyder had taken on the criticism and learned from it.

“I went, really? And I said, well, what about [‘Star Wars: The Force Awakens’]? In ‘Star Wars’ they destroy five planets with billions of people on them. That’s gotta be one of the highest death toll movies in history, the new ‘Star Wars’ movie, if you just do the math.”

Nope. We shouldn’t worry our pretty little heads about it. I mean, way more people got killed in The Force Awakens. We should get over it. Except the pesky fact that the two situations have less than nothing to do with each other. Superman is supposed to be the hero, a figure who sets a higher standard for the human race, who has a strong moral code and when he’s responsible for knocking buildings down onto the people he’s sworn to protect we’re going to cry foul. In The Force Awakens we have power hungry maniacs deliberately wiping out civilizations, not causing collateral damage. They blew up those planets because the director wanted us to view them as the bad guys. We expect that kind of behaviour from the villains, it doesn’t make it OK for the hero to do it to a lesser degree. At this point I wouldn’t be surprised if Snyder defended Batman’s killing spree with “well, what about Hitler?”

“Everyone will be fine with this when I explain that worse things happened to Alderaan.”

Then there’s Superman’s death. Such a big move must be reflective of bigger ideals. My feeling was that Superman was proving that man can be better by giving his own life in their defense. Why did Zack Snyder do it?

I felt it was inevitable. Even when we were working on Man of Steel, I was like, Gosh, what are we going to do with this guy? He’s a pretty tough cookie. He’s so mythic.

In short: shock value. He’s so “mythic” that they have to kill him just to be shocking. At least he got treated better than Jimmy Olsen.

“…we don’t have room for Jimmy Olsen in our big pantheon of characters, but we can have fun with him, right?”

Yes, fun. Shooting him in the face with no consequences to the story or emotional attachment to a beloved character. Fun! Originally Jesse Eisenberg was going to play to role of Olsen getting shot for extra shock value, but Snyder feared it would be too shocking. He will, however, have a larger story in the 4 hour R-Rated blu-ray that no-one is going to watch.

The line of people waiting for pre-orders.

Look, I get it. You’re making an adaptation of a pre-existing story that people have been following for decades. Not everything is going to work to every fan’s satisfaction. But if you have a clear idea, a bold vision about how the character needs to work in the modern age, you can build on it. So long as you remain true to the spirit of the character you can do that. Some things will be different. No, wait…Zack Snyder understands comics way more than we do and he should shut our mouths.

Well, this is canon. And it BETTER be in the sequel.

Urgh. My feeling towards this movie sours every time Zack Snyder talks about it. I feel as though I’ve given him more credit than he deserves. The thought process that led to this movie turning out the way it did is blisteringly dim-witted. I’m tempted to go back and change my score in the review, but I won’t do that. I rated the movie on how I felt at the time. I’m less fond of it now, and really not looking forward to Justice League.

At least we still have the Marvel Cinematic Universe to keep us happy. That’s one that has been thinking things through, making smart moves and understanding what makes the genre so great. Not that Batman and Superman need to understand the genre. They TRANSCEND it.

Big words for a man whose movie took a bigger box office drop in the second week than Batman and Robin. At this point Batman v Superman is a lot closer in box office to Ant-Man than it’s true rival The Avengers. I think I’ll let Sebastian ‘The Winter Soldier’ Stan have the final word on this one.

I would say we’re still making something very original in our own way. I mean, the Russos are coming in and taking something people are used to and they’re shaping it up and changing it in a very different way. They’re not trying to mimic a better Christopher Nolan movie or something like that. 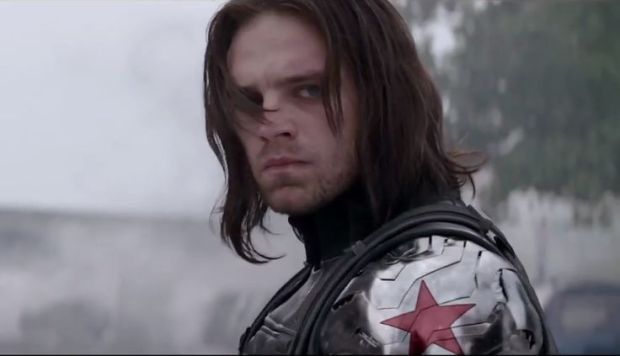