Buzz-worthy books of the week

Neuromancer author William Gibson enters the world of comics with this political sci-fi that depicts some political leaders in a rush to a new reality to ruin it all over again.

A man indigenous to Columbia uses a series of mystical masks to turn himself into legendary beasts and fight against the conquering Spanish.

Deadpool crosses over with Dr. Strange to fight back against those looking to destroy magic for good in the Marvel universe. The best part is the return of Shiklah, Deadpool’s estranged demon wife and her monster metropolis.

RIP Darwyn Cooke, who worked on the covers for this series. Sad to mention this tale now, but when the minds at DC decide to take the classic Hanna-Barbara adventurers and smash them together League of Extraordinary Gentlemen style, it is worth noting. 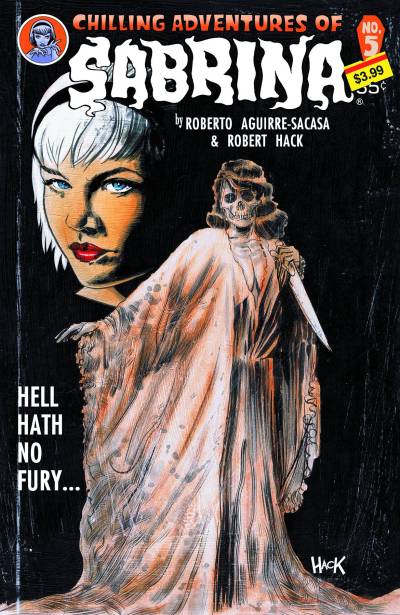 Holy crap! I completely forgot this was a thing.  A Lovecraftian take on Sabrina the Teenage Witch. Boy, I have some catching up to do.

Uncanny Avengers has already teased the return or Ultron, that is the Ultron that existed at the end of Rage of Ultron, a merger between Hank Pym and Ultron. I have been waiting for this for awhile.