Plot:  After thousands of years being buried, the first and most powerful  mutant En Sabah Nur awakens during the 80s and plans to bring upon the apocalypse and create a new world order. 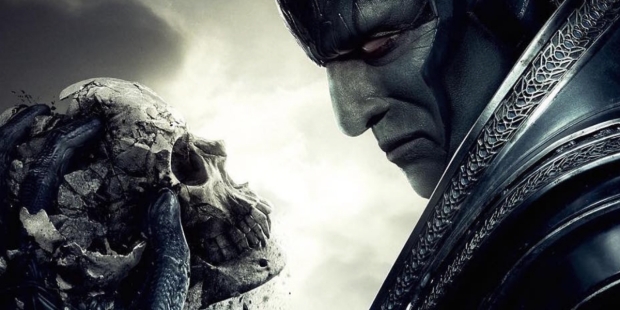 Review: If you’re a fan of the X-Men franchise I’m sure there’ll be plenty of things you’re going to enjoy about X-Men:  Apocalypse but it’s a bit coarse, it’s main draw is having our favorite characters on screen even if they’re not given enough to do or have their moments to shine. They’re underutilized and more than anything they’re just preparing them for future installments which seems to be a common thread with current superhero films where they get you excited for things to come instead of getting you excited about the thing you are watching. I found myself shrugging plenty of times, sometimes laughing where I was supposed to be gasping, groaning when I was supposed to be laughing and just plain being indifferent when I was supposed to be cheering.  With many scenes you know what they were going for but it feels like they didn’t reach their full potential. They lacked some breathing time to fully give us the impact that they needed to make it actually work. There’s one in particular, a situation you don’t want to see unfold yet the inevitable happens, it does take the movie into some welcomed dark territories but it’s so rushed that when the character on screen reaches catharsis and does a small soliloquy it’s so awkward you might find yourself fighting the urge to laugh.

It’s my belief that what’s setting this series back is Bryan Singer’s involvement, I’m sorry Mr. Bryan, you’ve made some awesome movies and you practically kickstarted the superhero movie trend and for that we’re grateful but now you’re old news buddy! Time to get other talent involved, X-Men could surely benefit from having new blood, wait, that already happened with Matthew Vaughn and First Class and I guess the decision to go back with Singer made sense when making Days of Future Past as the plan was to tie up the whole series with time travelling magic and having the previous cast say their proper goodbyes, but maybe Singer should’ve said goodbye as well and this installment could have been so much better. I saw the potential, just wasn’t a fan of how it was executed.

It suffers a tiny bit from sequelitis, as they tried to recreate the best part from Days of Future Past by putting  Quicksilver (Evan Peters) in a situation where he must make full use of his powers in a what I must confess is a visual delight of a scene but it loses the wow factor by being the same albeit bigger and longer, it doesn’t quite succeed at trying to be funnier, I also found it a bit more implausible, how fast can this guy go? Just a little nitpick but it resonates with other characters,  just how powerful are they? We can question this about Storm (Alexandra Shipp) who basically flies and throws lightning, Psylocke (Olivia Munn) who if you don’t know the character you’ll be questioning what exactly does she do, and Jean Grey (Sophie Turner) where you’ll ponder whether she could have handled several situations by herself. Then of course there’s Apocalypse (Oscar Isaac), what exactly are his powers? If he can suddenly move and transform a whole city why doesn’t he just do everything himself. On the other end of things, Professor Xavier (James McAvoy) has been a well for nitpicking as questions arise as to why doesn’t he use his full range of powers to solve so and so conflict, screenwriters always have to come up with a crutch to put him in the sidelines (look no further than Magneto’s helmet), here they actually make good use of that fact and it becomes a major plot point and I will say this might be one of his best story arcs and of course you might know this is the film where McAvoy goes into full iconic Professor X mode.

The new characters are decent, they sort of work but they don’t truly get a moment a shine, we already mentioned Storm who looks badass but doesn’t really do anything and just does stormy stuff and Psylocke who looks awesomely straight out of the comic book pages but it’s just there for physical and movie magic eye candy. Our first glimpses of Angel (Ben Hardy) gave promise of a fun character but he ultimately was relegated to background minion. Oscar Isaac as Apocalypse aka En Sabah Nur, is just doing his best to be generically evil. Sophie Turner is not given much to work with until the end. That’s one of the movies biggest problems, most of the characters are just set pieces to move things along without much personal development. We know in these kinds of movies the good guys win, so why not raise the stakes with their internal struggles? 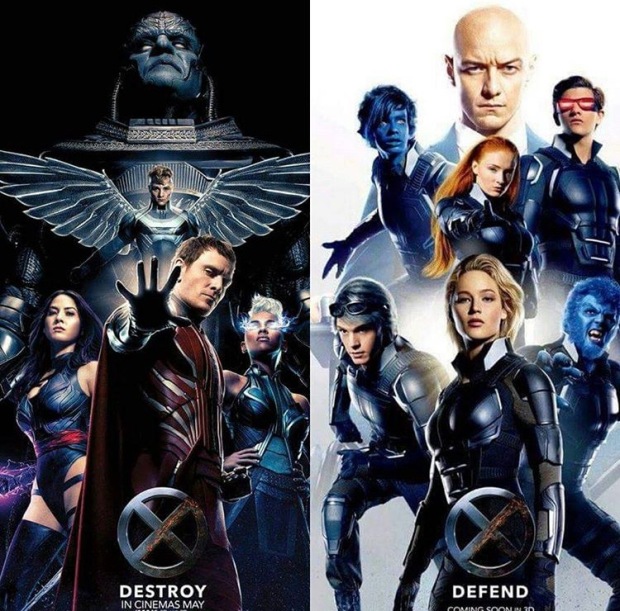 Those who stand out are Cyclops (Tye Sheridan) who actually has a very rounded arc where he transforms from the new kid in town to one of the team’s more valuable assets. Truth be told I’ve never been a big fan of Cyclops but he’s one of the few character who truly shine and my opinion just might change. Nightcrawler (Kodi Smit-Mcphee) once again is the one who steals the show, mainly because his powers are just a visual feast, he jumps around and makes each scene a lot more dynamic but even so, one eye rolling quip notwithstanding, he provides ample comic relief when needed.

At the end of it all most characters weren’t that interesting, they’re cool for sure, I mean, c’mon, they’re the X-frigging-Men and you can tell the actors are giving it their all, James McAvaoy and Michael Fassbender are fantastic thespians who could do this in their sleep and I don’t doubt they just flip their Xavier and Magneto switches respectively and automatically do their thing but I’d say it’s too much actor for this film. We have Beast (Nicolaus Hault) who’s just like, hey I’m a scientis and then he’s blue and fights. We have a shoehorned Mystique (who’s only in this movie because she’s Jennifer Lawrence) who inspires others or something and shapeshifts (it does provide a nifty plot twist at some point).
The movie isn’t bad, this isn’t the Fantastic Four, it just seems like we’ve been here before and doesn’t bring anything new to the table. Right in the middle between the best of the Marvel films and something like Elektra. It’s not a Batman V Superman mess, it’s less weird and convoluted and new elements are not forced down your throat. Although it does have some dream sequences but in this film they 100% pertain to the plot, and while this isn’t a dark and gritty DC film I’m actually surprised at how dark the movie got, which is a good thing. You have blood splatters, bone crushing, things coming out of a character’s skin, it’s just one less cutaway from being a gore film. It has some fun set pieces, one of the most exciting ones doesn’t even involve the main cast as a certain clawed mutant makes an unforced cameo that manages to both tie some loose ends while providing exciting possibilities of things to come.

The X-Men property doesn’t belong with the other Marvel movies (yet), there’s a lot of ground to cover with tons of potential and while X-Men: Apocalypse didn’t necessarily disappoint I felt like it could have been a whole lot better if it were handled by some fresh talent.