We’re playing fast and loose with the spoilers, people.

Plot: An ancient and powerful mutant named Apocalypse returns to the world after thousands of years with the intent to cause, well, an Apocalypse. As he gathers his Four Horsemen to his side Mystique recruits a team of X-Men to tackle him head on.

Review: Ok, we’ve been over this. Cyclop’s power does NOT produce heat. I know why you’d think that, most people do at first, because it looks like a laser. It’s not a laser, it’s a force beam. Cyclops punches things with his eyes. This could’ve been worked out from the Wikipedia page:

It’s a small issue. They got a detail of Cyclops’s powers wrong by showing the edges of things red hot and burning after he blasted them. I apologise to those who heard me ranting under my breath in the cinema. But this is somewhat indicative of Bryan Singer’s approach to the X-Men series – they have the visuals and they have the basics of the stories but they don’t have passion for the source material. Singer started this franchise and the modern trend of comic movies almost 20 years ago, but in this decade of amazing comic book adaptations made by people who love the comics this is starting to stand out. I’d rather see Matthew Vaughn back in the driver’s seat after his work on First Class.

Let’s get to the latest adventure, the conflict against classic mega-villain Apocalypse. What this movie does better than any other X-Men movie is fan service. They’ve trotted out an ensemble of popular characters and perfectly recreated them on the screen. Cyclops gets more character than previous films and does turn up in his 90s style uniform, while Jean gets more insight into her dark side. Storm has her distinctive white mohawk and, unlike the completely flat and boring portrayed by Halle Berry has some of interesting facets of her character (in this case her history as a pickpocket). Psylocke looks as like the comic book has been brought to life Weird Science style. Wolverine dons his Weapon X design – nice to see but it’s going to look silly to casual viewers. 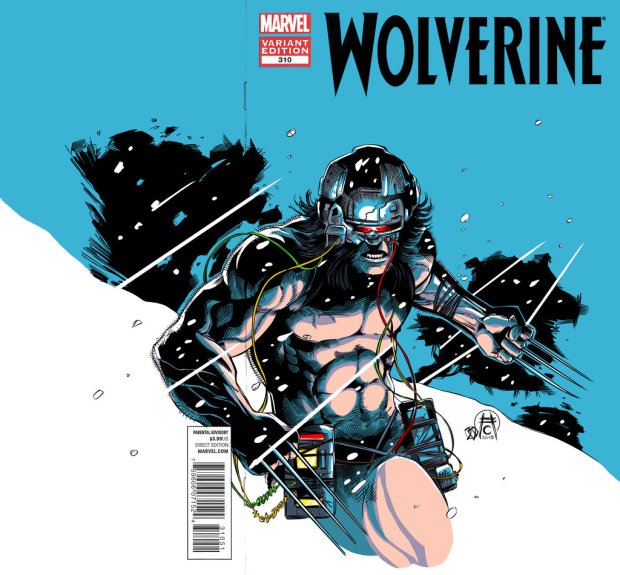 “What you say about my helmet?!”

More than just the characters, the wider X-Men universe gets a couple of looks in. We get to see a hustler version of Caliban and the Morlocks living in the sewers, we see the mansion operating as a school with a Danger Room and part of the climactic battle takes place on the Astral Plane. The latter in particular has been a major facet of the mythology for decades and it’s cool seeing it recreated so effectively on the big screen.

When we get to the story, however, the movie falters in some big ways. For the bulk of the running time we alternate between Apocalypse and Mystique collecting up characters for the ultimate showdown which, after all the build up, feels more like a scuffle than a Earth shattering conflict. We get a scene of Mystique recruiting Nightcrawler, then a scene of Apocalypse meeting Storm and this goes back and forth.

The characters could use some more action scenes to establish who they are and what they can do. Aside from Nightcrawler and Angel having a cage-match in the first act there isn’t any action sequence fleshing out the new cast until the final scuffle. The big effects scene is another Quicksilver slow-motion run-around, which is absolutely awesome, but we’ve seen it before. Then there’s a scene of Wolverine tearing the Weapon X facility to pieces, which is also awesome but something we’ve seen before. By the time Psylocke joins the fray they haven’t explored her powers at all, and it appears that they’ve dropped the psychic portion of her powers. Apocalypse’s powers are also vague, setting up that he gathers powers by transferring his consciousness into other mutants. But is this a mutant power or something he can only do with his solar powered pyramid? He teleports, he heals, he absorbs people into the ground, he enhances mutant powers…but can he manipulate molecules? His powers seem to fluctuate based on the needs of the story more than anything else. It would appear that the Horsemen’s primary power is to pose dramatically in the background.

When Apocalypse does start unleashing hell on Earth it doesn’t really bother anyone. There’s a big, dramatic scene where he simultaneously launches all the world’s nukes. At first it appears as though he’s going to wipe the world’s super-powers off the map, but then he just sends them into orbit and doesn’t mention them again. At the end he starts tearing Cairo into pieces on a giant scale, and the entire world starts being shaken to bits, but we never see any impact on the population. Cairo must have the world’s most efficient evacuation system because there’s not a single person on the street when the buildings start coming down.

Another confusing aspect of the film is the return of Moira MacTaggert and Havok from X-Men: First Class as major characters, hoping we don’t notice that they didn’t participate in the previous film. They turn up again as though there wasn’t a major entry in the franchise during the past five years and we’re expected to have an emotional connection to them. Along with new characters and Apocalypse’s destruction it feels like we’re supposed to care simply because they’re on the screen, that it’s up to us to find a reason to be invested rather than being given one.

Also, can we do something with Jubilee? They keep dressing an actress up as her and sticking her into the background and she has never once used her powers. How will we ever find out if mall babies eat chili fries?

As far as movie-goers are concerned her only power is amazing style.

What ultimately holds the movie back is the determination to make this part of a bigger franchise. X-Men: Apocalypse exists not to tell the story of the X-Men fighting Apocalypse but to set up the next movie in the series. At the end of Days of Future Past the X-Men had been reduced to Beast and Professor X playing odd-couple in the mansion, and the bulk of this movie is spent putting the team back together and hinting at what’s coming next. The final battle with Apocalypse feels like it was used to bring the Phoenix story back into the series, possibly so they can have another go at it after the fuck-up X-Men: The Last Stand. The producer’s are also confused about where they want this movie to sit in the alternating time-lines and eventually try and make both work. On one hand they try to set up events in Apocalypse as prequel scenes to X-Men and X-Men 2, such as Striker, Weapon X and Storm being a member of the X-Men. On the other hand we’ve had Jean and Cyclops meet Wolverine prior to the original film and Nightcrawler on the roster before he was introduced in X-Men 2. Is this a new timeline continuity or does it all lead into the original series? They’ve made things more confusing than ever.

At the end of the day this is a fun movie. Quicksilver does his slow motion scene again, Xavier and Magneto wrap up their star-crossed bromance story arc and the action scenes have some cool moments. Nightcrawler, Angel, Cyclops, Jean, Psylocke and Storm have never been done better in live action, even if their characters feel a bit shortchanged. It’s a good action blockbuster with good performances and nicely familiar characters, but it’s not going to scare the Marvel Cinematic Universe.

Final note…if you want to make us think Professor X may have died in the final battle DON’T SHOW HIM ALIVE AT THE END OF THE MOVIE IN THE TRAILER YOU IDIOTS.

← The Angry Video Game Nerd, The New Ghostbusters, and Why I’ve Lost All Respect For Devin Faraci
10 Sequels and Reboots Way More Offensive to Fans Than ‘Ghostbusters’ →