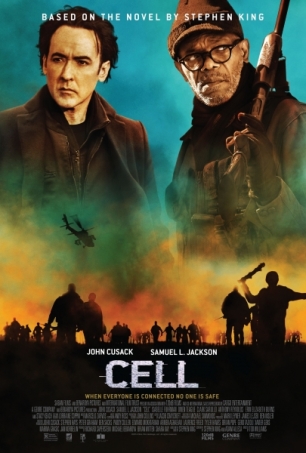 The idea of a Stephen King book being made into a movie starring John Cusack and Samuel L. Jackson reminds me of 1408, an underrated horror gem. It stars Cusack as a sort-of-famous paranormal debunker who gets wind of the titular haunted room in a hotel run by Samuel L. Jackson. It turns out it is really haunted, and Cusack goes for a really trippy ride. He even gives a good performance in it. This movie only lives up to it by being an adaptation by THAT writer starring THOSE guys. It is missing everything that makes cinema work as a medium.

John Cusack plays a graphic novelist who jumps on an airport payphone when his cell phone dies. It proves good timing, because in that moment, everyone on their phone winces and shouts in pain before going mad and tearing at those not affected. Cusack sleepwalks through this scene and doesn’t seem to start taking it seriously until he crosses paths with Jackson’s subway operator. At that point, the two try selling the movie on their chemistry alone. It is admirable but ultimately fleeting. There is always a feeling that they only have one foot in the boat, ready to stop committing to the awful premise at any moment.

I think I might just be zombied out. Zombies have been such a go to bad guy for so long that they have just been about milked of every bit of uniqueness that could come from them. I can’t even stomach The Walking Dead anymore, let alone a spin-off and a post-show. They are really easy to do on a budget so cheap and independent horror seems to be filling up with new installments. 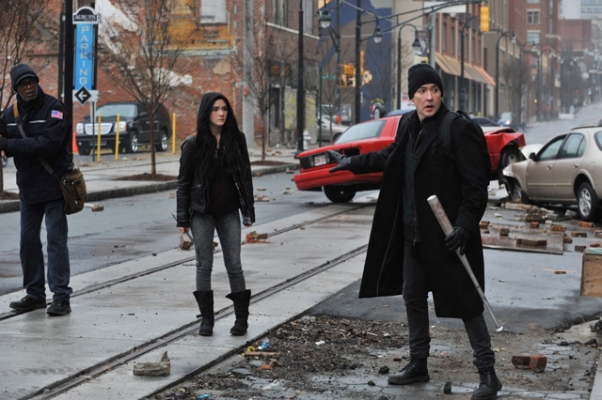 I feel bad just writing them off. They probably deserve an A for effort. There is a shallow attempt at criticizing cell phone dependency. However, it mirrors Romero’s commentary on consumers in Dawn of the Dead too closely to add anything to the conversation. It even comes off a little out-dated since nowadays everyone just texts. There is also an attempt to build a mythology. As the signal grows, it starts emanating from the creatures, not just the phones, and they start affecting survivors’ dreams. The subject of those dreams was a red-hooded “leader,” for lack of a better word. None of this is followed up on. They try too hard to be mysterious, but instead of coming off interestingly ambiguous, it just feels unresolved.