This production was directed by Rob Ashford and Kenneth Branagh at the Kenneth Branagh Theater Company as part of their Plays at the Garrick series. The play runs from May through August of this year but I caught a live taping of it at my local theater through Fathom Events. The review below is of that taping. 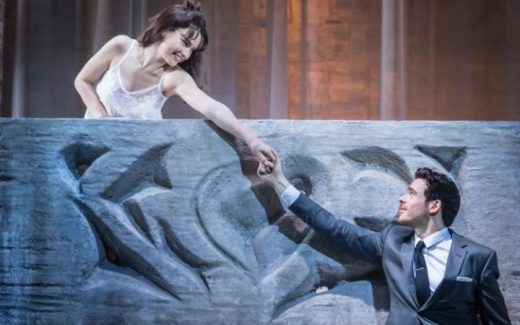 William Shakespeare’s Romeo and Juliet is my favorite play and one of my all-time favorite books. I’ve seen three film versions, two stage versions, and a ballet of it. Kenneth Branagh’s version of the adored classic was simple and well-done. By focusing on performance over style, directors Branagh and Ashford were able to highlight the drama of the characters’ relationships. The set was simple but still gave us the pieces we needed to believe in the couple’s love-struck first meeting and romantic balcony scene. The players were clothed in fashion that could have been believable any time during the 20th century yet was understated enough not to take anything away from the performances. The addition of a short song by James added to the jazzy feel of the party and the play itself and seemed natural in its presence. 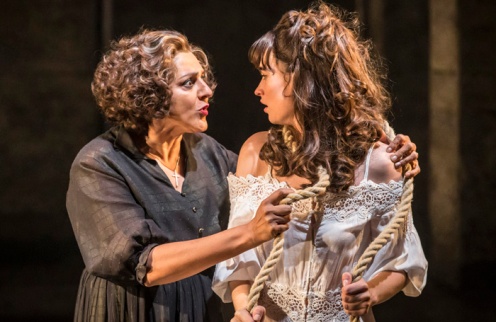 The casting is what made this play so great, in particular the outstanding lead Lily James as Juliet. She is  no doubt one of the best Juliets ever put to stage. The additions of a bottle of alcohol and girlish awkwardness reminiscent of Frozen’s Anna only enhanced the character and Shakespeare’s lesson on loving at such a young age. James was for sure the highlight of the production. Another fantastic thing about the play was her obvious chemistry with Richard Madden as Romeo. While Madden himself averaged at good, his endearing manner and spark with James made this pairing utterly believable. This is not surprising considering the two of them starred in Branagh’s Cinderella last year and were equally well-paired in that. 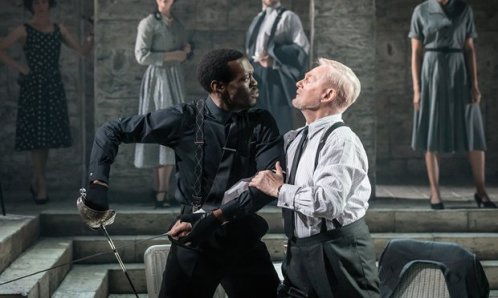 I was intrigued by the casting of 77-year old theater vet Derek Jacobi as my favorite character, the sassy and wily Mercutio. I had never seen someone so old cast in this role that bring so much life to the play but I have to say, it was brilliant. Jacobi was fantastic in the role and his delivery of the Queen Mab monologue was unforgettable. Meera Syal as the nurse was also incredibly well-cast and she played splendidly across from James as Juliet. Samuel Valentine as the The Friar was another positive for this play. I did feel that both Michael Rouse (Lord Capulet) and Ansu Kabia (Tybalt) were a bit overzealous in their respective roles but that is more of a personal preference than an indication of their talents. 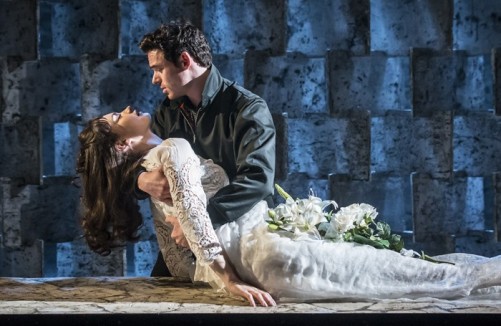 Overall this was a very well-done performance that stayed true to the source material while adding its own pinch of pizzazz. The chemistry between the leads was key and I wouldn’t mind seeing these two opposite one another a third time, be it on stage or film. The real star of the show was Lily James and I can’t wait to see more of her talent in the future. If you are a fan of the play or of the film Cinderella, I highly suggest finding one of the select theater viewings. Or if you’re lucky enough to live near London, go check it out in person!

One thought on “Theater Review: Branagh’s Romeo and Juliet (2016)”