Plot:  Three UCLA films students get caught up in an elaborate game created by none other than master director Stanley Kubrick.  Despite over a decade and a half having passed since Kubrick’s sudden death, the maverick director’s puzzle becomes more and more intricate as each new clue reveals itself.  However, the trio soon discovers that this is no mere game.  What lies at the end may change the course of human history and some will stop at nothing to ensure that Kubrick’s prize remains secret–by any means necessary.

“That’s the beauty of art.  It emerges from the spirit of its creator, passes through the filter of an observer, and is reborn as something totally unexpected.”

Review:  Some of you may recall that back in May, House of Geekery was able to do an exclusive cover review for author Derek Taylor Kent’s debut adult novel, Kubrick’s Game.  The concept sounded intriguing and Mr. Kent was gracious enough to provide an advanced reserve copy of the book to read and review.  Although I’ve had the book in my possession for several weeks, life dictated that it just wasn’t the right time to delve into Kent’s cinematic thriller.  Fortunately a fortuitous turn of events presented itself in a recent business trip to Little Rock, Arkansas.  No better time for reading then during a long plane flight right?

And boy was it the right time.  Exciting, suspenseful, and an absolute joy for Kubrick film fans, Kubrick’s Game proves to be a fun page-turner remiscient of Ready Player One and The Da Vinci Code.

The novel itself revolves around Shawn Hagan, a borderline Asperger’s film student whose social awkwardness knows no bounds.  (At one point he actually asks a potential love interest if it’s ok to come back to her if a different opportunity doesn’t work out.)  Think Sheldon Cooper from The Big Bang Theory if he had a slightly more appealing personality and a sex drive.  Although the “introverted geek who is somehow endearing” is a theme that’s been done to death in both film and literature, Kent manages to subvert this narrative and breathe new life into a tired trope.

Although we root for Shawn he doesn’t get everything he wants, unlike some more idealistic stories like Revenge of the Nerds.  I connected with Shawn on a personal level because his obsession with movies borders on my own.  His Rain Man like attention to detail speaks to my own attitude towards film.  You can’t help but love his passion for Stanley Kubrick’s work, everything from Paths of Glory to what many consider Kubrick’s unofficial 14th film, A.I.  I’m always up for a spirited movie debate, and the way Shawn attacks the subject, even against Professor Mascaro (an integral and mysterious figure at the forefront of Kubrick’s quest), is something to admire.

Shawn’s introversion is balanced out by the upbeat and gregarious nature of his best friend Wilson.  A former child star, Wilson is trying to make a name for himself in the directing world separate from his childhood persona, while simultaneously using his former success to gain access to the Hollywood mainstream.  Wilson is easily the funniest character in the book and accounts for numerous moments of levity.  It’s a nice counter to Shawn’s serious and sometimes defiant attitude.

Kent’s two main female characters are also a breath of fresh air when it comes to this subgenre.  Sami is a self-confident and brilliant filmmaker who tackles crime drama for her final student film.  Sami’s subject matter choice runs counter to the stereotype that crime dramas be exclusively the domain of males.  The fact that she rebuffs Shawn’s advances also subverts the idea of nerd entitlement that sadly dominates geek culture.  Yet it never comes off cruel and Kent’s Shawn learns from his actions rather than wallow in self-pity.

Kubrick’s Game also sports a love interest much more suited to Shawn, even though he is at first too blind to see it.  Desiree is a rival film student from USC that is drawn to Shawn through their mutual love of Kubrick’s films.  In some ways she’s a double of Sami, however Desiree is much more sexually confident.  She owns that aspect of her personality yet also demonstrates that she doesn’t need male validation to get what she wants.  No doubt MRA dudebros would try to dub her a “fake geek girl” and they couldn’t be more wrong.  Yet despite Kent’s strong female characters, I felt that they could have used a little more development.  Credit where it’s due though, in a geek culture world that’s too often branded as male and white-washed, Kent’s characters are ethnically, racially, and financially diverse.  Yet the choices never feel forced or pandering. 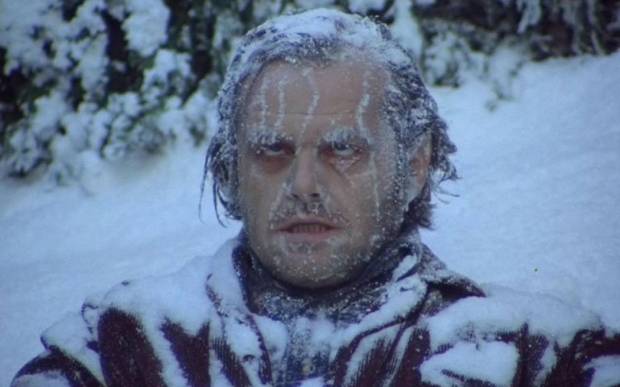 Where Kubrick’s Game succeeds most often is when it delves into the intricacies of the game.  Masons, the moon landing, Kubrick’s rich and complicated history with Hollywood, escapes, sojourns to NYC and London–it’s all here.  Even real movie stars Malcolm McDowell and Steven Spielberg make an appearance.  And the puzzles and clues are so intricate and ingenious that it sometimes puts Dan Brown’s The Da Vinci Code to shame.  The game itself gives the readers a glimpse into the brilliant films of Kubrick.  I hope it inspires those who’ve never seen Kubrick’s films to give them a try.

Kubrick’s Game is weak in only a few ways.  Sometimes the word choice leans too much on clichés and fairly pedestrian canned responses.  Additionally, the novel contains a multitude of pictures from Kubrick’s films that I found extremely annoying.  The best writing comes from the “show don’t tell” method.  Kent proves himself to be adept at doing so, so I felt the pictures were superfluous.

Other than those two minor complaints though, Kubrick’s Game was a blast.  I hope that this is the start of an illustrious career for Mr. Kent and I look forward to reading his next novel.

Please note that Kubrick’s Game releases this Monday September 26th.  However, the ebook is available two days early on September 24th.  For those of you who enjoy more of an auditory experience, Kubrick’s Game will be available on audiobook in late September or early October.  It features the voice talents of the great Jonathan Frakes from Star Trek: TNG and Yvette Nicole Brown from Community and Talking Dead.  Derek Taylor Kent is also featuring a real life puzzle for readers of his novel!  For more details go to DerekTaylorKent.com/KubricksGame as the first clue will be dropped Monday.

You can follow me on Twitter at @DarthGandalf1 and for the latest movie, television, and other relevant news geeks love, visit my Facebook page at https://www.facebook.com/flicktasticmovies

← Movie Review: ‘I Am Not a Serial Killer’
5 Creepy Unsolved Mysteries Part 19 →