Plot: During the 1960s Los Angeles the Zander family stage seances to help pay the bills. When they add the newly popular Ouija board to the act the visitations take on a new and disturbing tone.

Review: In preparation for this film we sat down to watch the original film to which this functions as a prequel, and it’s deathly dull. The ghosts weren’t scary, the characters were inane and it was unoriginal. We weren’t exactly clamouring to see the ‘origins’ to this story. 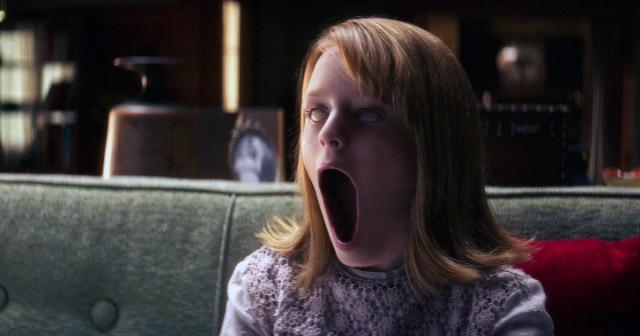 Fortunately it wasn’t all that bad. Not great, but fun for those who indulge in cheap, non-challenging horror movies. It feels something like a patchwork of other trends occurring in the horror genre right now. It picks up the 60s-70s setting, has possessions and exorcism, it has a haunted house, a creepy kid and even some Nazis for the hell of it. If you’re looking for something that feels fresh and unique this isn’t going to be it. Maybe Don’t Breathe will what you’re looking for.

They do take the time to set up the characters somewhat effectively, focusing on the family dynamic and giving them all workable backstory and motives. The cast is kept small so none of the characters feel like Red Shirts. During this first half we get some genuinely tension filled sequences when we don’t quite yet know what’s going on and the supernatural elements are kept largely off camera and in the corner of the eye. There are some moments of real suspense.

The latter part of the film relies more on jump scares and silly distorted ‘creepy’ faces suddenly popping up on the screen. During the final act there seemed to be more unintentional laughs than real scares. The director also has a weird fetish for putting characters right in the foreground of the shot, and this can be distracting and awkward more often than not.

If you want a cheap thrill this Halloween it makes for a solid modern horror, but it won’t be breaking any new ground. Better watch this than the original.

Score: FIVE out of TEN 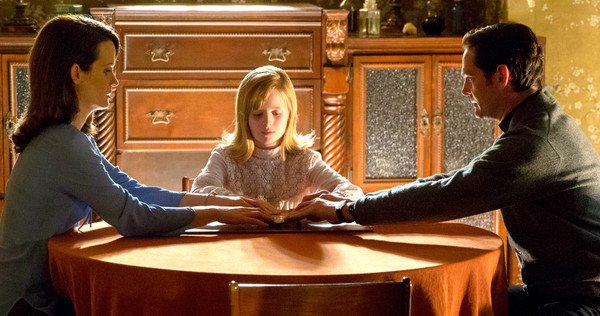 One thought on “Movie Review: ‘Ouija: Origin of Horror’”