Can you feel Halloween in the air yet? The air is cooler and leaves are changing colors as children prepare to stalk the night streets in search of tricks and treats. The timing could not be more perfect for me to present the twentieth edition of my series looking at the creepy unsolved mysteries of the world. I would like to thank all of you who have been enjoying these tales of the unexplained for so long. And for those who are new, I truly appreciate your taking the time to read this, if you like what you read, feel free to scroll through the previous additions below. Now just a word of friendly warning; these unsolved may frighten you, they may shock you, they may even horrify you. If you do not feel prepared to subject your nerves to such a strain, here’s your chance to….well I’ve warned you.

1. The Shadow Creature of Gitchie Manitou: Lyon County Iowa is home to Gitchie Manitou State Preserve, one of the most beautiful parks in America. Once home to the Anishinabe Indians, this park holds many secrets which has startled and terrified unsuspecting visitors, most notably a seven foot tall Shadow Man who has been seen lurking in the trees once night falls. Often his appearance is heralded by the sound of disembodied drum beats and chants from another time. Many believe that this being is the “great spirit” the Natives referred to living in this area and protecting their burial mounds from outsiders. Or perhaps this Shadow Man has a more sinister origin; in the 1970’s a group of teenagers were camping in the park one night, until a group of brothers from the local Fryer family attacked. All of the teens were killed except for one whom the brothers subjected to a night of torture before releasing her. The cabin the Fryer brothers called home still stands, and over the years has been a site for many seeking to perform occult rituals leading many to theorize that the evil energy this created is what summoned the Shadow Man to the area.

2. Dargavs: In the mountainous region of North Ossetia-Alania, a subject of Russia, is a bizarre village that proves that looks can be deceiving. Dargavs by all appearances is just a standard rural village on a mountain ridge but within each of the homes and buildings is the remains of the dead. Since the Middle Ages the people of the region have used Dargavs as the final resting place for their dead, and for reasons now lost to time they decided to model this necropolis after an actual town. Besides the manner in which the dead were interred here, what also puzzles researchers is the fact that many of the crypts also have remnants of boats, despite the area being far away from any navigable waterways. Many theorize that these boats were merely put there for ritualistic purposes but nobody knows for sure. Strangely enough an ominous fog often shrouds Dargavs leading many who live in the area to avoid the village of dead for fear of upsetting the spirits which reside there. 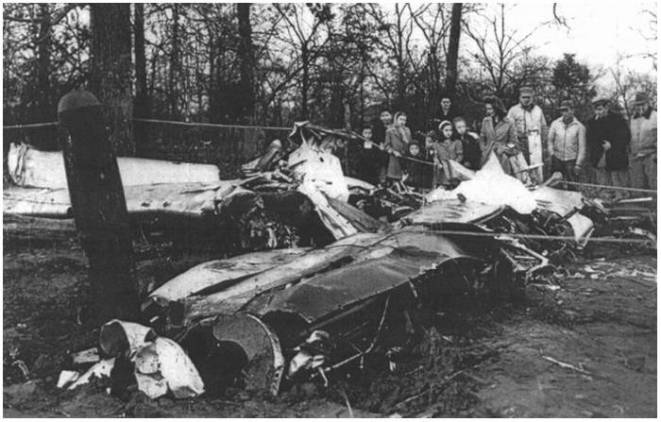 3. The Mantell UFO Incident: As World War II came to a close and the Cold War was just beginning, UFO sightings increased exponentially in the United States. The US Air Force was the military branch that had the most involvement in the post-war years in investigating accounts of mysterious flying objects. Throughout the 1940’s and 1950’s Air Force personnel were no strangers to strange crafts popping up on their radars or sharing the skies with them. But in 1948 one pilot may have flown too close to the truth. Air controllers at Fort Knox received reports of a glowing white and red object in the skies and scrabbled a squadron of P-51 Mustang pilots to check it out. The pilots had to climb to incredible altitudes to get close to the object, in the end all but Captain Thomas Mantell had to pull away from the mission due to low fuel and low oxygen. Before things took a turn for the worst, Mantell said over the radio that the aircraft was large and metallic. The next time anyone saw the pilot, his fighter was spiraling towards the ground. Tragically Mantell was killed in the ensuing crash and the military set out to investigate whether or not a UFO had killed one of their pilots. By “investigate” of course I mean throw up a series of smoke and mirrors to explain away the incident. The object was seen by too many people, both civilians and military, to just brush off so the official story has ranged from; Mantell pursuing the planet Venus, to chasing weather balloon of which there is no record of. Many speculate that Mantell may have been a casualty of an attack by beings from beyond our world.

4. Loveland Frog: Loveland, Ohio right outside Cincinnati, is allegedly home to the strangest cryptid I have written about in this series (even stranger than Sheepsquatch), the Loveland Frog. Originally seen in 1955 by an area businessman who was on the banks of the Little Miami River, the Loveland Frog was said to be a large humanoid amphibious creature. The Frog became a creature of local folklore who would pop up every so often to be sighted by the townspeople. In the 1970’s a local hunter killed a large iguana that had been someone’s pet, but that did not stop him from claiming that he had killed the creature. The fervor around the Loveland Frog seemed to subdue until just recently when a couple playing the Pokemon Go game claimed they stumbled upon the Frog who is just as alive as ever.

5. Summerwind Mansion: On the shores of West Bay Lake in Wisconsin, you may stumble across a hole in the ground that was once a cellar, surrounded by a few of the battered and ruined remains of the house it was a part of. This is all that is left of the great Summerwind Mansion, renowned for being one of the most terrifying places in the Midwest. Summerwind began as a fishing lodge but was turned into a stately manor by the wealthy Robert Lamont. The staff of the home began exchanging whispers and rumors that the mansion was haunted, which Lamont brushed off until the 1930’s when he saw something that scared him so bad he abandoned his home. In the 1970’s the Hinshaw family moved into Summerwind and they too began to suspect that they shared the home with a supernatural presence. Shadows and disembodied voices tormented the family while the ghost of an old lady was frequently spotted. After a mere six months, the patriarch of the family Arnold suffered a nervous breakdown while his wife, Ginger attempted suicide. Arnold Hinshaw was institutionalized for his new mental troubles while Ginger and the kids moved out of the cursed house. In the late 1980’s several bolts of lightning missed the tall trees around the Summerwind Mansion and laid waste to the historic home. Now little is left of the Sumemrwind Mansion but perhaps the evil still remains.