Since it has been far too long it is time for me to take you readers into the realm of the seventh edition of Five Creepy Unsolved Mysteries. If you have not caught up on this series feel free to scroll through past editions, beginning with my previous entry here. 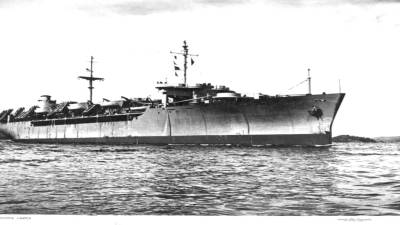 1. Ourang Medan: During the course of writing this series I have been accused to trying to scare people away from the water; and to those who throw out such accusations I say unto you: sorry about this. This one takes place close to the Malaysian shores during the late 1940’s; the vessel called the Ourang Medan sent out a distress call to the various ships in the region. An unknown crew sent out a message in Morse Code which read:

“All officers including captain are dead, lying in chartroom and bridge. Possibly whole crew dead……….I die”

And with that final ominous phrase, “I die” the lines of communication went as silent as a tomb. This message was picked up by multiple ships in the region which triangulated the position of the Ourang Medan, the crew of the Silver Star being the closest to their position went to investigate. To their horror the crew found that the distress signal was not an exaggeration, everyone onboard the ill-fated ship was dead. In the decades which followed many have tried to figure out what happened on the Ourang Medan. Many have tried to explain what killed the crew of this ship, but none of the explanations have been satisfactory, and that final haunting message from the boat has become the stuff of maritime legend. 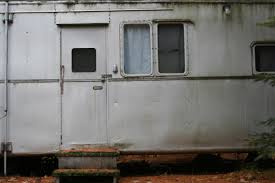 2. Derry Pennsylvania Creature: During the 1970’s West Pennsylvania became inundated by UFO sightings, drawing the attention of paranormal enthusiasts from all over the country. It was during this strange period of time, that a mother in Derry Pennsylvania came face to face with a nightmare. In an RV park in August of 1973 a mother and her son were preparing to call it a night when they heard scratching and the sound of shrill cries coming from right outside of their home. Naturally the mother poked her head out to see what is causing the commotion, and is terrified to see a humanoid creature with glowing eyes staring right back at her. The unnamed woman described the creature as being physically imposing, standing well over six feet tall and bald. As she and her child sought refuge in the trailer, the creature tried to get in through the front door but eventually settled for tearing down the generator and cutting off their power. Her neighbors called the police who discovered strange footprints in the ground around the RV park as well as an unknown slimy residue on the family’s door. Paranormal investigator Stan Gordon found his way out there on the night of the event to open an investigation into what the creature may have been. Sadly Gordon’s investigation did not go very far as he was called back by the woman later that night, she informed him that a man in a black suit and sunglasses appeared shortly after Gordon had left and had taken the slimy residue claiming he worked with the investigation. This intimidating man and his team confiscated all of the evidence left behind by the terrifying encounter and vanished just as soon as they had appeared. Stan Gordon has theorized a connection between the appearance of this monster and the high amount of UFO sightings being experienced at the time. 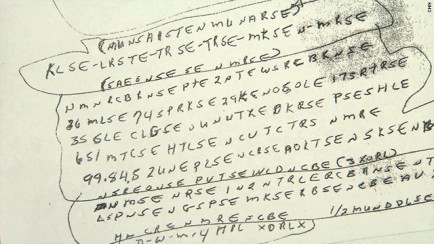 3. The Ricky McCormick Notes: In the fields of Missouri in the summer of 1999, the remains of missing person Ricky McCormick were discovered. The man had lived a fairly unremarkable life; he was a high school drop out in the area who had served some prison time in the past, which makes the circumstances surrounding his death even more bizarre. Investigators were shocked to find his body as badly decomposed as it was after only 72 hours, and there was no known person with motive to kill him. They were equally puzzled by the location of which McCormick was found; McCormick only used public transportation yet the field in which he was found was miles from any route. What has made his death so memorable to many, was the discovery of two notes written in a complex code which baffled police. Eventually the FBI got involved in the investigation, yet even their best encryption experts have been unable to decipher a code supposedly written by a man who by all accounts could barely write his own name. Authorities have released the messages to the public, in the hopes that someone can decipher them, yet it has been over a decade and no one has yet to discover there meaning. 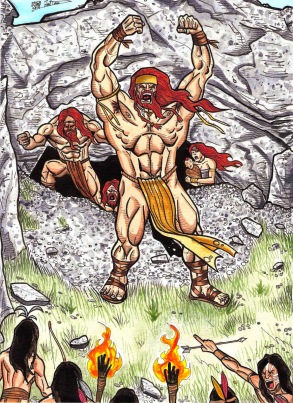 4. The Giant of Lovelock: In the mining town of Lovelock, Nevada a discovery was made in the early twentieth century which changed the way many look at ancient Indian folklore. The Paiute tribe which had inhabited the area told tales of red haired giants which they used to do battle with. After much conflict the tribe was able top drive the giants known as, the Si-te-cahs, out of the region. As centuries passed, the landscape and society of the country changed, and this battle passed into legend and myth. But in 1911 two miners in Lovelock Cave came across the remains of person buried under a thick layer of guano. They dug out the remains to discover the corpse had been perfectly preserved through mummification, stood well over six feet tall, with a head full of bright red hair. Could there be more truth to the old Paiute legend than many are willing to admit? Where did a tribe of people with pale skin and red hair come from? And why was this particular corpse preserved through mummification? 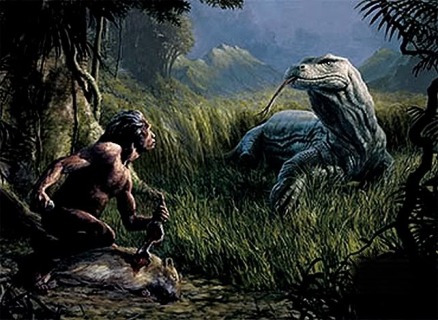 5. Megalania: The most remote areas of the Australian Rainforest have no shortage of strange and potentially dangerous animals, but one creature which has been seen by many over the centuries may potentially be the strangest and most dangerous of them all, Megalania which is also known as the Devil Dragon. The Megalania was an ancestor to the monitor lizard which measured at about 20ft long from nose to the the tip of its tail. It is believed by most that the monstrous reptile entered into extinction around 30,000 years ago. But in recent years as more people began to encroach in the area, there have been reported sightings of this giant lizard still roaming the wilderness, these sightings could easily be brushed off as attention seekers spinning tales, but large reptilian footprints have also been discovered as have remains which match those of the giant lizard yet they have been dated to be far more recent than they should be. Perhaps this predatory monster still stalks the Rainforest, and as more humans venture into the area it may be a matter of time before it attacks.