It is now the time of year as Halloween draws near, which seems to be the appropriate time to unleash the newest edition of 5 Creepy Unsolved Mysteries. If you wish feel free to scroll through the previous editions of this series where we explore the unexplained. 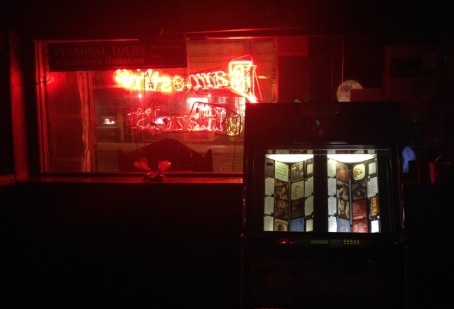 1. Earnestine & Hazel’s Juke Box: Those of you who have read my articles in the past know, I have no shortage of love for my adopted home town of Memphis, Tennessee. The city has a rich and colorful history that few other cities can compare to. It is one of the most historic landmarks of the Bluff City that this mystery takes place in, Earnestine & Hazels which by all appearances is the diviest of dive bars. Built in the 1930’s little has changed about the tavern which has served; gangsters, pirates, prostitutes, rock stars, and celebrities. But as you enjoy one of their Soul Burgers in the front room with a bottle of Ghost River Golden Ale, you may notice an old jukebox in the room. Over the decades employees and patrons alike have noticed the box seems in tune with conversations filling the bar and has a tendency to play songs pertaining to these conversations without any provocation. This could be seen as a coincidence if it happened a few times, but the box belts out these tunes on a regular basis when nobody has selected anything. It seems fitting that a city which has contributed so much to the nation’s musical heritage has a haunted juke box that knows exactly what the people want. 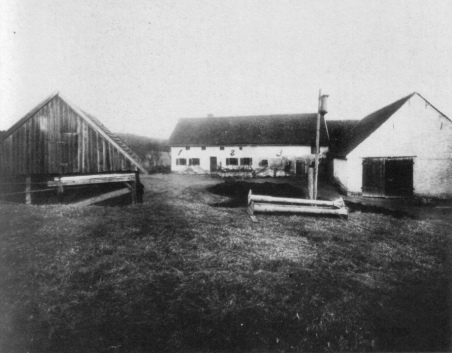 2. The Hinterkaifeck Farm Murders: One snowy morning a farmer in 1920’s Germany, named Andreas Gruber, wakes up and sets about his morning routine (my farm experience is lacking so I’m going to assume it something to do with chickens or cows or crops or something). But this morning was different, as the farmer noticed a mysterious set of footprints in the snow leading up to his home yet no footprints leaving. This was only the beginning of an unsolved mystery which still plagues investigators who want to know what happened at the Hinterkaifeck Farm. In the weeks that followed he and his wife heard footsteps from the attic and noticed things around the house being moved or going missing outright. Their housekeeper chalked this up to a haunting and abruptly quit, leaving the Gruber family alone to face this unseen force. In the days that followed the members of the family stopped showing up to school, church, and other social activities, but smoke was seen billowing out of their chimney meaning someone was home. When suspicious neighbors went to investigate, they discovered to their horror that the family, their new housekeeper and her children had all been murdered. According to the investigation, someone lured the adults out to the barn one by one and slaughtered them with a pick axe. The murderer then ventured into the house where they finished off the children. This tale takes a more ominous twist when police came to the realization that the killer had spent some time there after the murder, citing the smoke neighbors had seen as well as food which had been eaten. Ninety years later this cold case is still unsolved.

3. Resurrection Mary:  We have all heard the familiar ghost story of the driver, picking up a beautiful hitchhiker, taking her to her destination only to find that she has mysteriously vanished. But for drivers in Justice, Illinois, right outside of Chicago, this urban legend holds a great deal of reality.  Legend has it that during the 1930’s the blonde haired, white clad woman now known as Resurrection Mary met a brutal end while on a journey, since then her spirit has been seen outside of the town’s cemetery on Archer Lane looking for a ride. For a time it was a rite of passage for cab drivers unfamiliar with the tale to pick up this mysterious woman and find themselves out of the fare at some point during the ride. The question over who exactly Resurrection Mary was and what happened to her still remains a mystery but one can only hope that she finds peace in the afterlife by finally making it to where she is going.

4. The Row Boat at Bouvet Island: It has been pointed out to me that I tend to write quite a bit about the mysteries of the seas in this series, so I felt obliged to include yet another one here in this latest edition. Bouvet Island is in inhospitable and barren island in South Atlantic lying between South Africa and Antarctica. In the 1950’s explorers from South Africa began making expeditions to the island, hoping to establish a maritime station there. As these treks continued in 1964, one group of scientists made a bizarre discovery. Floating in a lagoon on the island was a small row boat with both oars still in place. There were no markings on the raft to indicate where it could have come from, so the researchers began to search for signs of people in the area who may have been passengers on this boat. Nothing ever surfaced and the origins of this rowboat remain a mystery.

5. Lizard Man: Usually when one is lost in in the swamps of the American South, they usually only have to fear stumbling upon the Legion of Doom’s Headquarters, but in Ore Swamp in South Carolina visitors have something far more terrifying to worry about. For much of the twentieth century a monster covered in scales and fur known as, Lizard Man has been terrorizing those who venture to close to his marshy domain. Unlike other creatures of the cryptozoological variety, the Lizard Man is not one to scurry away after being seen, as many of the most prominent witnesses testify that that the creature viciously attacked them. The scaly animal has shown a tendency to attack cars for some reason, as evidenced by the two most prominent encounters with the creature; a teenager who encountered the creature while changing a flat tire, and a family who found their minivan severely damaged by the animal.

← Book Review: ‘There is a Light That Never Goes Out’ by Justin Cawthorne (Halloween Reads)
Casting Call: A Shazam For The Rock’s Black Adam →