WTF Is Going On With Warner Bros. and the DCEU???

Have you ever seen this classic scene from The Simpsons:

As a DCEU enthusiast (please don’t read that as a Marvel hater) my interest has always been geared more towards that camp rather than Marvel.  That’s not to say that I don’t like Marvel.  On the contrary Kevin Feige and crew is like Rumpelstiltskin, consistently churning out comicbook gold.  Now not everything is perfect but at the very least, the absolute minimum, they are entertaining.  It’s like Scorsese films.  Even “lesser” Scorsese is still pretty damn good.

The same cannot be said for the DCEU.

I introduced this article with The Simpsons video for a reason.  For the last twelve months, I’ve been like Homer as he sees the pig fly through the air in muck and mud yet continues to insist, “It’s still good!  It’s still good!”  I’ve deluded myself that in spite of the missteps with BvS and Suicide Squad, that Warner Bros. must know what they are doing.  That they are going to right the ship.  In the last couple weeks as things have continued to unravel at Warner Bros,  I realized I’ve been living in denial.  I’m done.  I can’t do it anymore.

When it comes to the DCEU, Warner Bros. officially has no fucking clue what they are doing with the property.

I mean guys, the evidence is there.  It’s not only there it’s smacking us in the face like a point-blank Batarang from the Dark Knight himself.

Leaving aside Man of Steel for a moment, partly because I still unapologetically love it, but mostly because when the film released Warner Bros wasn’t even sure they were going to create a DCEU, the signs began with the release of Batman V Superman: Dawn of Justice almost a year ago.  While I like BvS (specifically the Ultimate Cut) it’s a very flawed film that could have been much better.  I respect and even like some of the character choices for Superman (doubting yourself is a very human characteristic) but he’s way too dour, selfish too often, and lacking that sense of optimism and hopefulness.  Although Batman has killed before in the comics, BvS turned him into a straight up murderer.  And Lex Luthor??  Warner Bros took him from a Machiavellian super-genius and turned him into a nebbish, twitchy, Mark Zuckerberg.  I admire bold choices but you don’t have to have X-ray vision to see that WB doesn’t understand these characters at all.

Then came Suicide Squad.  Originally I gave the film an 8/10, however I took off  my fanboy glasses to see it for what it was:  a bloated mess, lacking in plot and character development with one of the worst villains of all time.  And they turned Joker into a pimp and nightclub owner.  Jared Leto went full method.  As in methodically destroyed arguably the greatest supervillain of all time.  Director David Ayer, who I respect immensely, had little to no creative control over Suicide Squad.  I mean it’s patently obvious.  If you didn’t know that Fury and Suicide Squad were both directed by the same man, you’d think they were two totally different directors.  The only redeeming factors in Suicide Squad were Margot Robbie’s Harley Quinn and Will Smith’s Deadshot.  If not for them Suicide Squad would have been an unmitigated disaster.

Two months before Suicide Squad hit the theaters in June of last year, Warner Bros invited multiple media outlets to a set visit of Justice League.  Although set visits are not uncommon, what was out of the ordinary was Warner Bros allowing these media outlets to immediately publish articles on what they saw on set.  Mind you this is almost a full year and a half before the movie is set to release.  By then it was too late to save Suicide Squad.  However, it was a clear PR push to show the public and the media that they’d heard the screams of the fanboys and girls and were trying to course correct.  Even the biggest detractors of the DCEU came away from the set mildly optimistic.  I too was in the mildly optimistic camp and the Justice League teaser trailer did a lot for me. 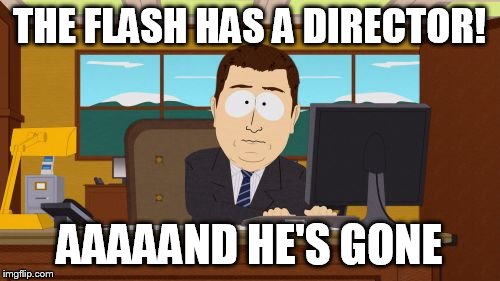 But the last several months have felt like Darkseid himself defecated all over the DCEU.  First off let’s take a look at The Flash movie.  Its development reads like a dumpster fire.  First Phil Lord and Chris Miller are courted to write and direct the film but they decline due to a busy schedule.  Enter Seth Grahame-Smith, most well-known for his novel Abraham Lincoln: Vampire Hunter for writing and directing duties.  After eight months he drops out in April 2016 due to the oft used “creative differences” card.  Not resting on their heels, Warner Bros goes out and gets Rick Famuyiwa of Dope fame just two months later.  Flash forward (pun intended) to Halloween of last year.  Famuyiwa drops out, again due to creative differences.  Then just last month, Warner Bros announces that The Flash script is going back to a page one re-write by Joby Harold, who up to this point had only written two scripts including Awake and King Arthur: Legend of the Sword.  Mind you this is the third time (reportedly) that the script was being re-written.  To say that The Flash has had trouble developing, is like saying Arthur Curry is a fairly good swimmer.

And then there was The Batman.

Holy shit show Batman!  First Ben Affleck says he’s not sure he’s directing The Batman.  Then he vehemently insists he’s directing The Batman.  Then he drops out completely.  Next up Warner Bros says they don’t like the script that Geoff Johns and Ben Affleck turned in and were handing the duties over to Chris Terrio.  Then they back track and say they actually like Johns and Affleck’s script.  Director Matt Reeves (Dawn of the Planet of the Apes) seems on the cusp of taking the reigns but drops out.  So let’s see, Warner Bros.  Not only did you force out an Oscar winning writer and a man who has a film that won the Academy Award for Best Picture, you also reject (?) the script of that man and Geoff Johns, a man who re-wrote the book on DC comics in the last twenty years and almost single-handedly made Green Lantern interesting again.  Johns, the guy you hired to be the DCEU equivalent of Marvel’s Kevin Feige.  The man who knows more about the DC Universe than every stuffed shirt executive on the Warner Bros lot.  These are the two people you reject??  Are you kidding me??

Despite the divisiveness of BvS, Affleck received almost universal praise as The Dark Knight.  But according to John Campea over at Collider, he’s spoken to three different sources over at Warner Bros that say Affleck wants out as Batman and he’s currently working to get out of his contract.  Furthermore, if Affleck cannot get out of his contract, the last time we will see him in the cape and cowl is the solo Batman movie.  Now bear in mind Campea said to take his information with a grain of salt because he’s been burned before.  However, the writing is on the Batcave.  It’s clear to anyone with even a modicum of intelligence that Affleck is, at the very least, frustrated with Warner Bros.  I can’t say that I blame him.

Affleck’s had a fascinating career arc.  He broke on the scene with Good Will Hunting and followed up with a few moderately successful performances in Armageddon and Changing Lanes.  Then came a string of flops like Gigli, Reindeer Games, and Surviving Christmas.  Somehow he turned it around with Gone Baby Gone, The Town, Argo, and Gone Girl.  Hell, The Accountant was one of my favorite films from last year.  That’s why when he took on the mantle of the Bat several years ago I wasn’t enraged.  I was surprised.  He’d become a different type of filmmaker and to work under the studio stricture of the DCEU seemed at odds with his career path. 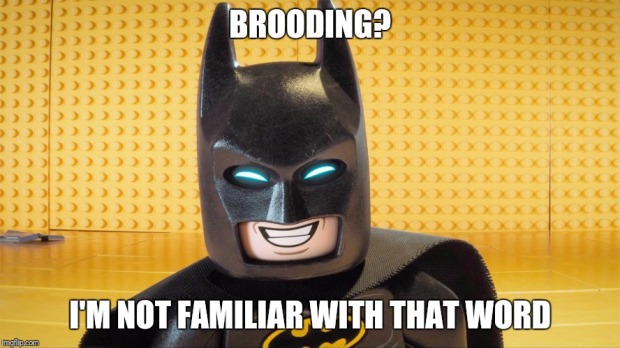 Time has proven me right it seems.  It’s patently obvious that Affleck’s latest film Live By Night was not the movie he wanted to release.  Warner Bros did not provide him with sufficient time to edit and construct the film in the way he desired.  I’m convinced the result was due in no small part to his commitment to Batman.  Now obviously I’m not in Ben Affleck’s head.  I can’t presume to know what he’s thinking.  However, it’s very likely to assume that he regrets his decision and wants to course correct his career path.  I honestly believe he wants to focus his time on being a director and telling the stories he wants to, with limited studio interference.  Affleck can’t do that if he’s trapped in the Batcave for several months out of the year.
I don’t blame Affleck for wanting out, if that is in fact the case.  Who wants someone who’s half committed to playing the Caped Crusader?  I blame Warner Bros and how they’ve completely mishandled the DCEU.  How the Hell can they be so on point with the DC shows on the CW and so off on the big screen?  It’s baffling.  If you would have told me two years ago that the very future of the DCEU hinged on the success or failure of Wonder Woman I’d have said you were under the influence of the Mad Hatter’s mind control hats.  But here we are.
Studios aren’t obligated to pander to fanboys and Warner Bros is no exception.  That’s not to say the people in the Ivory Tower have to be blind, deaf, and dumb to the cries of the masses.  The majority of audiences aren’t hardcore comic book nerds in the first place.  All they want (myself included) is a quality story, a modicum of character development, and some action that isn’t overly reliant on CGI.  If Warner Bros can deliver that, fans will be satisfied.  This means hiring good directors (Mel Gibson ain’t happenin’ though sorry guys) and giving them a decent amount of creative control,  trusting that screenwriters like Ben Affleck and Geoff Johns know what they’re doing, and stop micromanaging everything from Wonder Woman’s cleavage line to whether or not Pepsi or Coke is served at lunches.

There’s a quote in the world of sports.  “Winning solves everything.”  If Wonder Woman and Justice League live up to their potential and Ben Affleck and Warner Bros can come to an amicable resolution, everything will be fine.  However, if the studio continues to churn out the same half-baked pabulum, Marvel will also continue to “kick their ass” as Laurence Fishburne has stated, and audiences will be subject to more unsatisfactory DC superhero films.

← My Oscar Predictions! Who Should Win and Who Will Win
Retro Movie Review: ‘Rocky’ →

2 thoughts on “WTF Is Going On With Warner Bros. and the DCEU???”