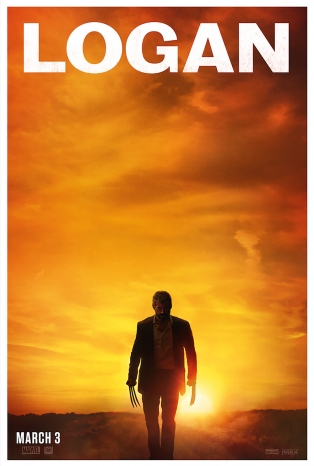 Plot: In the year 2029, an aging Wolverine and ill Pr. Xavier protect a mutant child from a shady corporation.

If there was anything that was consistent in the uneven and often ignorant of continuity X-Men film franchise, it was Hugh Jackman as Wolverine. Having appeared in every single one (except for Deadpool), Jackman, a song and dance stage actor, has put everything he has into making Logan one of the coolest, roguish, yet psychologically bruised superheroes in fiction, overcoming his unfortunate out-of-character height. Not even the stingiest fan would still say, “I like him, but he is too tall.” Jackman has officially made the role his own and left very big shoes to fill when they inevitably recast, whenever that may be.

This was all accomplished before Logan, a movie that finally gives Jackman the character study of Wolverine he always tried to sneak in. Don’t believe me? Think of the time when Rogue asked him if it hurts when he pops his claws. The go-to action movie standard would be something catchy and kind of badass. Instead, Jackman replies with a vulnerable, almost defeatist “Every time.” When Jean sacrifices herself in X2: X-Men United and Wolvie had to subdue a hysterical Cyclops from jumping off the Blackbird to save her, he wasn’t just stoic as if he’d seen it all. He was holding back just as many tears. Logan is like a feature length version of all those times Jackman tried to make him more than just another action hero.

Despite all the cyborg mercenaries and berzerker furies, the film only ever flirts with being an action movie. Journeying from an abandoned Mexican warehouse of some kind to the mountains of South Dakota, it is more of a twisted family roadtrip movie, if the family just happened to be some kind of superhuman fugitives. It has more in common with last year’s Midnight Special or Stephen King’s Firestarter. The trio actively avoid using their powers, which does surprisingly little for the McCarthyist metaphors but adds a much needed dramatic intensity.

It works by subverting Wolvie’s solo act into a paternal role. The franchise, even beyond the movies, have always preferred him in Lone Wolf and Cub style relationship. Laura, the young new mutant needing protection, is a little different than Jubilee or Kitty Pryde following around big brother Wolvie. She is a test subject forced through many of the same horrific experiments as him, and she now has the same kind of selfish corporate scumbags and blackhat mercenaries that Wolvie has always had to look over his shoulder for. He’s also now caring for an elderly Pr. X, whose mind is ravaged by time. He is suffering from the usual kind of regressive brain disorders that the elderly succumb to, made even the more dangerous when it unleashes the full force of his powers. Patrick Stewart, like Jackman, also delivers a very poignant and compelling version of his long-standing character.

Logan is as good a final chapter to the cinematic Wolverine’s character arc as it is to the cinematic X-Men universe, in general. Wolverine, who’s loner-to-team-player arc thus far, has always made him the perfect audience surrogate to enter the world of the X-Men (His crossover success helps, too. He is as recognizable  character as either Batman or Superman). It is so good, that even if he didn’t want to, Hugh Jackman needs to leave the role, and Fox should maybe even consider stopping the X-Men films all together. I find it hard to believe it could possibly get better than this. This isn’t just a great superhero movie. This is a great movie, no qualifier needed. You’ll be seeing that description a lot when it comes to this movie.

← Movie Review: ‘Beauty and the Beast’
5 X-Characters Who Should Appear on ‘Legion’ →