This past Friday night TV and movie star Adam West passed away following a battle with leukemia. He was 88 years old.

Adam West was born William West Anderson in Washington in 1928 to a father who worked as a farmer and a mother musician mother. His mother dreamed of Hollywood, but instead opted to raise a family. West was inspired to follow his own acting dreams. Following school West worked as an announcer for the American Forces Network while enlisted in the army and then as a milkman before moving to Hawaii to break into the television.

His first television role was on children’s show El Kini Popo Show, where he moved from side act to main host. From that start West appeared in The Young Philadelphians alongside screen legend Paul Newman. West picked up roles in multiple Western and Crime shows, acting alongside Steve McQueen, Jackie Gleeson and The Three Stooges. Ultimately it was his brief role on a Nesquick commercial as the dapper ‘Captain Quick’ that secured his most famous role.

Starting in 1966 Adam West donned the cape and cowl to play Batman in one of the character’s most famous and memorable incarnations. Whilst Batman is a very dark, very serious vigilante crime fighter in modern culture, the 1966 Batman series leaned into a brighter, more comical take. Whilst many modern viewers see it as an embarrassing product of the time, Batman was also intended to be a comedy and Adam West’s wonderfully deadpan delivery made him the perfect man to lead the cast.

During the shows three year run and feature film, wherein Batman just couldn’t get rid of the bomb, Adam West and his character became a bona-fide pop-culture phenomenon. Bat-mania ran rampant, with merchandise flying off the shelves and West, plus his co-star Burt Ward and later Yvonne Craig, becoming hot property. Adam West was such a hit following the show the legendary James Bond producer Cubby Broccoli offered West the chance to play Bond in Diamonds Are Forever. West turned down the role feeling that only a British actor should play the part.

Following Batman Adam West and his co-stars struggled to find work. The flip side of their massive success led to them being typecast, with producers unwilling to cast them in other roles due to the association. Throughout the 70s and 80s West made guest appearances in many TV shows and resorted to making public appearances as Batman at events such as car-yard and shopping centre openings to support his six children. This was a dark period in West’s life, where the pressures of finding work led to alcoholism and thoughts of suicide.

During the late 1980s and the 1990s West began to be recognised as an icon of pop-culture. He reprised the role of Batman in various TV specials and animated shows, and was considered for the role of Thomas Wayne in Tim Burton’s 1989 film. The real turning point was in the 1990s Batman: The Animated Series. West voiced the character Simon Trent, a TV actor who played a vigilante crime fighter known as ‘The Gray Ghost’. The character of Trent was based heavily of West’s own life and helped solidify West as a significant figure in television history.

During the past two decades West has been picking up voice acting roles and advertising spots with regularity and had a recurring role as Mayor Adam West in Family Guy. He continued to reprise the role of Batman in animated films and occasionally himself in Lego Batman 3: The Video Game, The Simpsons and The Fairly Oddparents. West was also a regular at conventions, meeting his fans and being celebrated for his roles. The 2013 documentary 2013 celebrated the career of Adam West with an angle on recognising his now recognised status after a long period of difficulty.

Adam West died on the 9th of June, surrounded by his family. Rest in Peace. 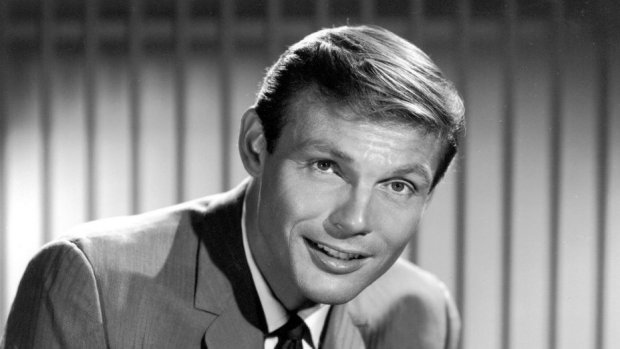 One thought on “In Memoriam: Adam West”