It seems as though fans of science fiction and fantasy are keen to classify themselves into distinct groupings to show their allegiance to the aspect of fandom which they love best. On the floor of any science fiction convention you will see a host of; Whovians, Potterheads, Brown Coats, Marvel Zombies, and many more. But the one which still stands as the most prominent are the Trekkies. This term is known even to those who are completely unfamiliar the science fiction genre. The Trekkies (or Trekkers as some of them prefer to be called) are responsible for turning a brilliant show which only lasted three seasons into a full-fledged pop culture phenomenon. In 1979 Hollywood responded to the renewed love Star Trek received with Star Trek: the Motion Picture. Unfortunately studio interference kept this flick from being the masterpiece Trek deserved. Luckily for the sequel the powers that be, hired Nicholas Meyer to put the franchise back on the right track. Going back to the source material, Meyer discovered the episode “Space Seed”, which he felt was in dire need of a follow-up. So plans were set in motion for the crew of the USS Enterprise to once again confront the ruthless Khan Noonien Singh. 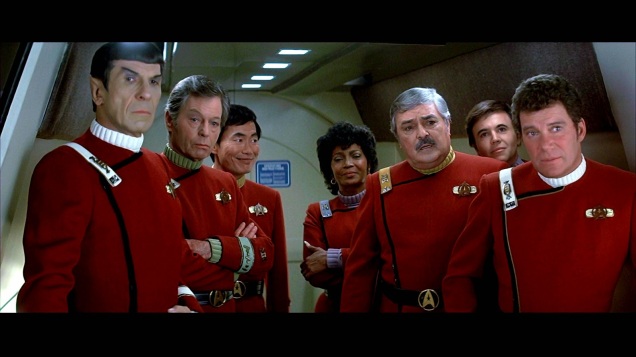 Star Trek II: the Wrath of Khan easily ranks alongside the likes of; the Bride of Frankenstein, the Dark Knight, and Terminator 2: Judgement Day, as one of the greatest sequels in motion picture history. An aging James T. Kirk, realizes that he is no longer the bravado filled officer in a gold shirt who could take on a Gorn in hand-to-hand combat. Rather he is now an Admiral quietly performing his duties at the Starfleet Headquarters, instead of exploring strange new worlds. At the behest of his old friends, Spock, Dr. McCoy, and the others, he takes the legendary USS Enterprise out for one final voyage. 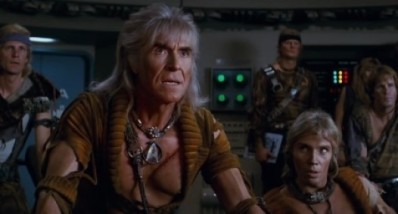 This nostalgic trip down memory lane ends when one of his most dangerous foes, the super-soldier Khan, returns on a quest for vengeance with a weapon that could wipe out millions of lives.

This is picture was the film credited for ensuring the survival of the Star Trek film franchise. The saga of an aging Enterprise crew confronting a threat from their past, successfully erased the memories of the slow melodramatic first film. Given that Trek transitioned to the big screen from television the adventure suitably needed to be bigger and the Wrath of Khan delivered. Under Meyer’s direction the look and feel viewers are treated to are much grander, as is the threat present as Khan now has his sights set on using the Genesis Device to create unimaginable destruction.

Of course none this would matter if the fans did not care, and that is why it was key that the original cast returned. Despite being being older, these actors prove why they have become synonymous with the characters they played in this franchise. William Shatner’s bravado never dimmed as he played Kirk and of course Leonard Nimoy’s portrayal of

Spock is one of the most treasured and beloved performances in popular culture. Every challenge they face feels that much grander because we as the audience know and care about those we are spending this movie with.

Star Trek II: the Wrath of Khan is now set to celebrate its 35th anniversary with a return to theaters across the country. This is a testament to how beloved and iconic this picture is. Even those who have never seen the flick have a familiarity with it, or at the least know to shout, “KHHHAAAAAAA!!!!” at the appropriate moment. Standing as still the greatest chapter in the Star Trek film series is no easy feat and the Wrath of Khan accomplishes that.